The beauty of Brutalism

Originally from Saint Petersburg in the former Soviet Union, The 32-year-old photographer immigrated to Israel in 1991 and grew up in Beer Sheba in a housing bloc designed in the Brutalist style. 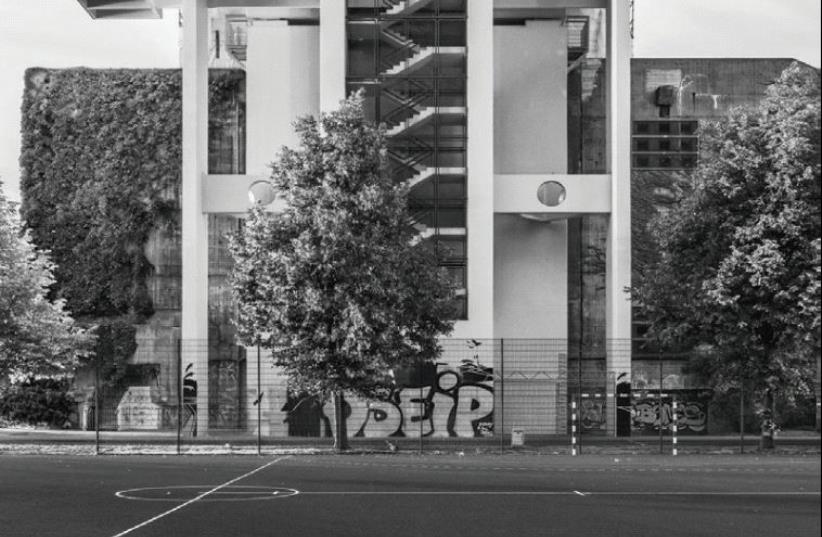 PALLASSEUM BUILDING complex in Berlin.
(photo credit: ELI SINGALOVSKI)
Advertisement
Artist photographer Eli Singalovski’s second solo show at the Feinberg Gallery in Tel Aviv, “Sobriety” marries the post-war architectural style known as Brutalism with Singalovski’s signature style of large-scale, black and white long-exposure night photography.Following a two-month, 20-city European tour this past winter, Singalovski presents eight photographs of Brutalist architecture from Berlin, London, Marseilles and Amsterdam.After painstaking research into this practical, non-ornamental style of architecture, the artist spent the past 10 months preparing for this show. Searching for buildings that exemplified this particular style, capturing tens of thousands of images of hundreds of buildings throughout Europe, plus months of post-production, the results are some of the most refreshing, aesthetically pleasing works of architectural photography to date.Originally from Saint Petersburg in the former Soviet Union, The 32-year-old photographer immigrated to Israel in 1991 and grew up in Beer Sheba in a housing bloc designed in the Brutalist style, which he explains gave him the inspiration to capture these buildings on a more concentrated scale. Although he is unable to recollect much of the architecture that surrounded him in his youth in Russia, he says he wouldn’t be surprised if he had been exposed to similar structures in his early childhood as well.A true lover of the technical intricacies of the medium of photography, he found architecture while studying photography at Jerusalem’s Bezalel Academy of Arts and Design.He explains that he found working at night with buildings allowed him to work slowly in a quiet and controllable environment not found in other forms of photography. His goal is to create “portraits of buildings.” He likens this approach to studio photography in that he is able to control nearly every aspect of his subject.“Sobriety” is the follow-up show to his first exhibition, “Sunbreakers,” in which he exhibited eight photographs of Brutalist architecture found throughout Israel. This current body of work can be seen as a prequel, a return to the source in which this style originated.“Sobriety” runs until October 1. For more info visit http://feinbergprojects.com.