The best of the Haifa International Film Fest 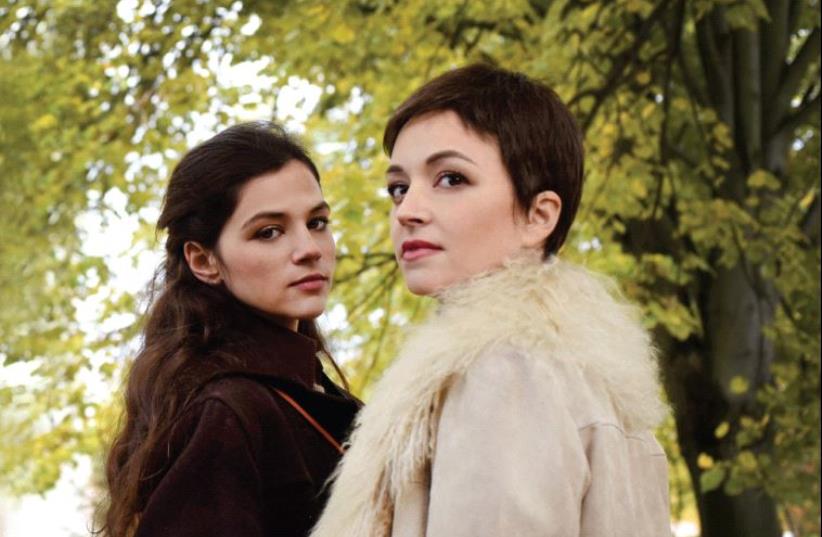 'Past Life'
(photo credit: PR)
Advertisement
The 32nd Haifa International Film Festival, which will run from October 15-24 at the Haifa Cinematheque and other theaters around the city, has a long list of great films to choose from.The festival’s artistic director, Pnina Blayer, has included the best of contemporary world and Israeli cinema, as well as classics and special programs.The opening-night movie is Paolo Virzi’s Like Crazy, a comedydrama about two mental patients who run away from their institution. The Israeli premiere of Avi Nesher’s moving, quirky drama Past Life will be the closing-night film.Nesher has called Past Life, the story of sisters who travel to Europe to uncover a family secret, part of a trilogy. The first two installments of that trilogy will also be shown at the festival: two coming-of-age stories set in the 1960s, Turn Left at the End of the World (2004) and The Matchmaker (2010).The festival features competitions for the best new Israeli feature films, documentaries, animated movies and shorts. The other competitions are the Golden Anchor Competition, for films made in countries that border the Mediterranean; Between Jewish and Israeli Identity; the Carmel Competition; and the Young Creator Competition.The festival guests this year include an especially well-known group of actors. Among these are the star of Like Crazy, Valeria Bruni Tedeschi, one of Italy’s most acclaimed actresses, who has won awards at Cannes, Tribeca and just about every other film festival.Sebastian Koch, best known for his role in The Lives of Others, will be at the festival to present his latest movie, Fog in August, a movie about the Nazis’ euthanasia program. He recently played Carrie’s boss on the last season of Homeland and was in Steven Spielberg’s Bridge of Spies.Scottish actor Brian Cox’s latest film is The Carer, in which he plays a cantankerous Shakespearean actor suffering from Parkinson’s disease who forms a bond with his young Eastern-European caregiver.Cox will be familiar to audiences from more than 200 movie and television roles, among them Braveheart, The Bourne Identity and The Bourne Supremacy, Adaptation and Rushmore.Adrian Titieni , one of the stars of Cristian Mungiu’s latest film, Graduation, will also attend. There will also be a program of two of Mungiu’s previous films, 4 Months, 3 Weeks and 2 Days, his 2007 masterpiece, and Beyond the Hills.Director/actress/artist Martha Fiennes, who made the movies Onegin and Chromophobia (and is the sister of actors Joseph and Ralph), will be on the jury for the Israeli Feature Film Competition.Jason Connery, an actor and director, will present his latest film as director, Tommy’s Honour, starring Peter Mullan, about the man who founded the modernday game of golf. Connery is — you guessed it — Sean’s son, and this is his fifth film as director.Arthur Cohn, the Oscar-winning Swiss producer, will present a restored version of Vittorio De Sica’s masterpiece, The Garden of the Finzi-Continis, about a doomed Italian Jewish family before World War II. In his long career, he also produced such movies as Black and White in Color, Central Station and One Day in September.Hungarian director János Szász (Opium: Diary of a Madwoman) will be one of the judges at the MIX Project, an initiative for promoting joint creations by Jewish and Arab filmmakers.Iranian filmmaker and humanrights activist Mohsen Makhmalbaf (The President, Kandahar) will also be a judge at MIX.Turkish director Zeki Demirkubuz will present his latest film, Ember, at the festival. Ember just had its world premiere at the Toronto International Film Festival.Lola Doillon (In Your Hands) will show her new film, Fanny’s Journey, a fact-based drama about Jewish orphans fleeing to Switzerland during World War II.Andrei Malaev-Babel , the grandson of Isaac Babel, one of the 20th century’s greatest writers, will present the documentary he co-wrote, Finding Babel. And Paul Poet will show his documentary, My Talk with Florence.The Gala section has a very rich selection of movies.Andrey Konchalovsky’s latest film, Paradise (also known as Ray), will be shown. Konchalovsky just won the Silver Lion at the Venice International Film Festival for Paradise, which tells several intertwined stories from different historical eras, some of which are set during World War II. Snowden, directed by Oliver Stone, the story of the controversial US whistleblower, stars Joseph Gordon-Levitt in the title role. The Dardenne brothers’ latest movie, The Unknown Girl, which premiered at Cannes, is about a young doctor who tries to discover the identity of a girl who died after the doctor refused to treat her. Kristen Stewart stars in Olivier Assayas’s Personal Shopper, an unusual ghost story.Paul Verhoeven’s Elle stars Isabelle Huppert as a woman who is raped and seeks revenge on her attacker.Hirokazu Kore-eda’s After the Storm is about a private detective struggling with a gambling addiction.The eclectic movie and art critic David D’Arcy, who comes every year from New York to present the Cinemart program, will be showing five movies that deal with the arts. These include Paul Dugdale’s The Rolling Stones Ole Ole Ole!: A Trip Across Latin America, an intimate portrait of the iconic band on their recent world tour; David Lynch: The Art Life, an examination of the director and painter’s life and work, by Jon Nguyen, Rick Barnes and Olivia Neergard- Holm; and the latest film by master documentary director Errol Morris, The B-Side: Elsa Dorfman’s Portrait Photography, about an acclaimed photographer who still works with a Polaroid camera.As always, one of the strongest sections at the festival is Classics.This year, a digitally restored version of Martin Scorsese’s Taxi Driver starring Robert De Niro will be one of the highlights. Following the recent death of Gene Wilder, you can revisit his performance in the comedy classic Blazing Saddles, directed by Mel Brooks.The Doculinary Program features documentaries about everything to do with food. Other festival sections include East of the West, the best films from Eastern Europe; Panorama, movies from around the world; Midnight Madness; and the best animated films.For more information and to buy tickets, go to http://www.haifaff.co.il/eng.