The Eifman Ballet performs two takes on ‘Tender Is the Night'

A devout choreographer, austere artist and known perfectionist, Eifman has spent most of his career grappling with the complexity by way of the dance medium. 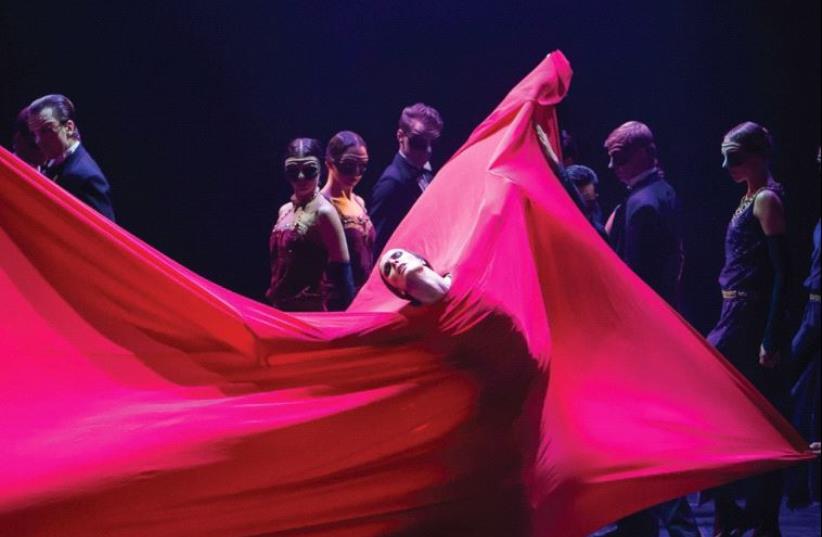 Red Giselle
(photo credit: EVGENY MATVEEV)
Advertisement
In 1954, as the curtain came down on a performance of Swan Lake, eight-year-old Boris Eifman stood in his place in the top tier of the theater and wept.“Tchaikovsky’s music was in the air. I was so impressed by the show that I burst into tears. This was my introduction to the world of ballet,” he recounts. “I knew from the start that I would dedicate my entire life to dance.”The Russian choreographer went on to do just that. Over the past 40 years, Eifman has tirelessly explored the range and possibilities of the ballet form. He has created more than 50 full-length works, which have been performed extensively throughout the world. This month, he will return for his annual visit to Israel for performances at the Tel Aviv Performing Arts Center. The Eifman Ballet will present two programs: Red Giselle and Up and Down, based on F. Scott Fitzgerald’s novel Tender Is the Night.A devout choreographer, austere artist and known perfectionist, Eifman has spent most of his career grappling with the complexity by way of the dance medium. He is known to watch performances from the audience and always returns afterwards with notes for his dancers.“I’m always dissatisfied with myself, constantly striving to improve my creations,” he says. “Even when I see a complete show, I still find some items that, in my opinion, need to be improved or redone. It is a painful state of mind, but I don’t see myself living a different life. I can only work when I’m totally dedicated to the task.And then the higher powers reward me, send creative energy. Everything is interconnected: The more you give, the more you get. I will suffocate if I lose my ability to realize the ideas that overflow me.”For his ballets, Eifman draws inspiration from a variety of sources.He is often moved to create by literature and has reimagined the works of many great authors into ballets. Up and Down, which was presented last year in Israel, is a perfect example of Eifman’s transference from text to movement.As in the novel, the ballet follows the life of a young psychoanalyst and his wife, who is also his patient.Premiered in early 2015, Up and Down is humorous, visually stunning and dynamic.The second program, Red Giselle, is about to celebrate its 20th anniversary. Created in 1997, the ballet is a modern take on the famed ballet Giselle. Presenting older works allows Eifman to reflect upon his path, past and present.“The ballet language, technology, professional and living conditions, time conception and people have changed,” he says. “Modern artists have, perhaps, a wider range of opportunities than their predecessors. But on the other hand, maintaining the personal and creative self has become much more difficult. Each time frame has its advantages and dangers.”As Eifman has proven on his last several visits, his uncompromising commitment to the art form has impressed local audiences.“We show our art to those who are willing to accept and understand it. But when I plan a performance, I don’t think of the ‘target audience’ but of other matters. First of all, I am concerned with esthetic issues; I search for the right means of creative expression. I do not program the creation process. It is impossible, for true creativity is magical and irrational,” he explains.Next year, Eifman will celebrate the 40th anniversary of the establishment of his company, originally called the Leningrad Ballet Ensemble. He has no plans of slowing down and even seems to be picking up momentum as he goes.“Each of us has his own destiny. I got a special gift to express the life of the human soul through the medium of dance, and I’m not even willing to imagine that my mission could be different,” he says.The Eifman Ballet will perform at the Opera House in Tel Aviv on October 25, 26, 28 and 29. For more information, visit www.israel-opera.co.il.