A group of renowned Russian singers presents Tenors of the 21st Century. 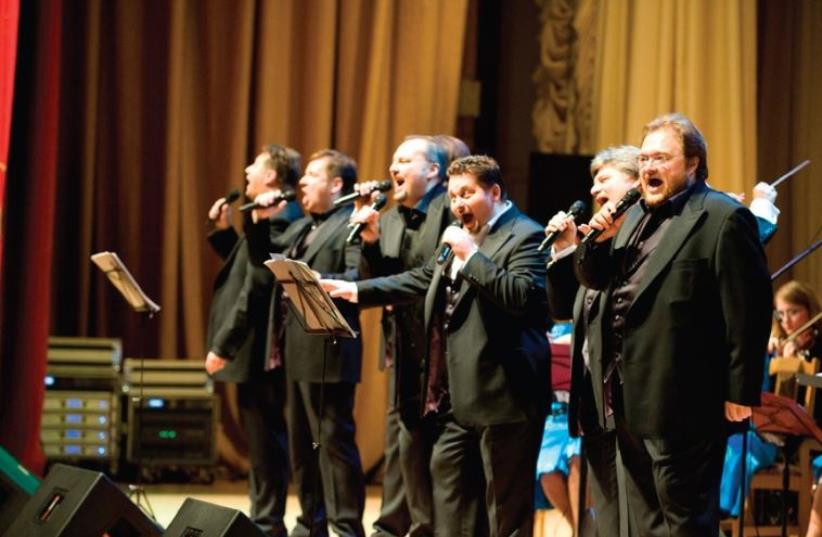 A group of renowned Russian singers presents Tenors of the 21st Century.
(photo credit: PR)
Advertisement
Seven leading Russian operatic tenors will make their Israeli debut in a program called Tenors of the 21st century.“These singers are among the best Russian tenors,” says the founder of the group, pianist and singer Dmitry Sibirtsev.Sibirtsev, who heads the New Moscow Opera, an opera house that is familiar to Israeli music lovers, was here to meet with the Israeli Opera administration to discuss the possibility of a Moscow tour of the Israeli Opera.Speaking about the group of seven tenors, Sibirtsev explains that every opera singer, no matter how successful he is, always wants more.“The opera stage is not enough, especially for versatile soloists, which comprise our group. They are able to sing not only an operatic repertoire but also Neapolitan songs, pop and more,” he explains.For its Israeli debut, the group – which has some 40 concert programs to offer – has opted for a selection of classical operatic arias and Italian songs.“And, of course, a surprise number,” adds Sibirtsev. The tenors will be accompanied by the Ashdod Symphony under Vaag Papian.

July 17 at the Haifa Auditorium and July 18 at the Opera House in Tel Aviv. For reservations: www.gastroli.co.il
Advertisement
Subscribe for our daily newsletter