The mysterious men behind ‘Woman’ 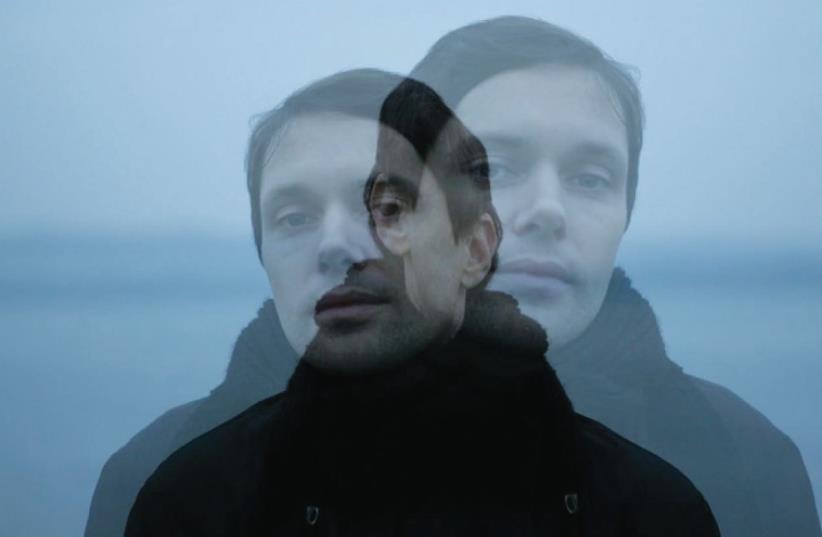 ‘I’M MAKING music that’s really close to the chest; the lyrics are coming from a really intimate place in me and I’m not worried to share it because I don’t care what people think,’ says Rhye frontman Michael Milosh.
(photo credit: Courtesy)
Advertisement
Rhye’s music is like a warm, heavy blanket on a rainy day. It’s the kind of music that makes you want to curl up in the fetal position and do some deep contemplation. There is also a sensual element to Rhye’s music that is undeniably enticing.Both their EP, The Fall, and their 2013 studio album, Woman, were met with critical praise and fan following. The duo, comprised of Canadian-born vocalist Michael Milosh and Danish instrumentalist Robin Hannibal, are playing at Barby in Tel Aviv on November 2.Milosh took a moment to chat to The Jerusalem Post about love, performing in Israel for the first time and why he doesn’t make “rah rah party music.”Can you describe your foray into music? My dad was a violinist, and he introduced me to the cello when I was three. It was super fun. I kept playing and joined a youth orchestra when I was 11. Somewhere around there, I started playing drums and then shifted my focus to that. I’m not sure why exactly ‘cause I actually love the cello. I think I just needed to play the drums. I went to Concordia University in Montreal for drums: for jazz, and started doing voice stuff there. I ended up getting really bored at school. I didn’t see much value in that program, so I switched over to electric acoustic, and I didn’t like that either. I found it really boring.So I came to the conclusion that if I wanted to make music, I wasn’t going to worry about academics. When I was 21 or 22, I started buying equipment and doing stuff on my own. It was more like an adventure because I didn’t really know what I was doing, and when I started, it was before computers.I was buying sequencers and synthesizers and just messing with stuff.

How did you and Robin meet?He asked me to do a remix for a project, so I did and I sent it to him and he liked it. He said we should turn it into a song instead. I was living in Berlin at the time and he was living in Copenhagen. I flew up and met with him, and we turned it into “Major Minor Love.” During that week that I was in Copenhagen, we did “Woman” and “The Fall.” It was very simple how we met. It was like, “you’re here, I’m here, let’s work on some stuff.”I feel that there’s a secretive nature to your music. Do you make music for introverts? That’s a super-interesting question actually. I think in a lot of ways I do because I’m making music that’s really close to the chest; the lyrics are coming from a really intimate place in me and I’m not worried to share it because I don’t care what people think. This allows me to say things that are probably too honest. To fall into what you’re suggesting; I don’t have a design that I make it for introverts, but if you put on headphones and you’re listening to this music that has lyrics that are extremely vulnerable, then there’s an introverted element to it. It’s supposed to be listened to in an environment of self-reflection. I don’t make rah-rah party music.Are you an introvert?No, it’s interesting because a lot of people assume that, but I’m kind of a joker, [a] goofball. All my friends would be shocked to hear me called an introvert. I really enjoy being alone and working on music. I also enjoy bringing in musicians and working with them in a closed environment because it’s very creatively safe. But I think that’s how most people work on anything that’s highly detailed; you have to be isolated. In my social life, I’m definitely not an introvert.What does the word ‘woman’ mean to you? The reason why I named my album Woman is really simple. I wrote the song ‘Woman’ in Copenhagen and I was thinking about Alexa, the woman who is now my wife. But I have this idea that if you say things too clearly with words, sometimes the thing you’re trying to say loses its meaning because you put too much on what you’re trying to say.So ‘Woman’ was me trying to, in a mantra, sing to Alexa who was in LA at the time. We had just met and I was kind of obsessed with her. Love is like an obsession. So I was fixated on her, but I didn’t want to sing anything about her in words, so I just used the word ‘woman.’ I was trying to be really ambiguous, but in my mind and in my heart, I meant something really specific. I was trying to put it out there in the world, that we could be together. She’s not from Canada, and she’s not from Berlin, where I was living at the time, and I was not interested in moving to LA. So that concept of ‘Woman’ is me putting out there in the world that I wanted to be with her.

Can you talk about your upcoming show in Tel Aviv? I’ve never played in Israel before.I’ve never been to Israel. One of my band members is Israeli, so he’s really excited to see his family and to perform. For me, I approach every place I’m going to play in exactly the same way, which is that I’m just interested in seeing it. I don’t think too much about what we’re going to do on stage because I don’t decide that until sound check. That’s when I figure out if the vibe is going to be more mellow, or more pushed up.I let the venue dictate that. I wish I had more time in Israel though.We were supposed to spend a week, but then the realities of touring and logistics hit; it’s a lot of traveling between shows. I want to see as much as I can, but I have to be really conscientious that I don’t get sick. I do plan on hunting down the best humus.What texture and color would your music be? It’s definitely not one color: red, purple, some hue of blue that mimics a deep body of water. Texture, I would say it’s something you can jump into like water.For tickets and more information visit www.barby.co.il.
Advertisement
Subscribe for our daily newsletter