The Scorpions sweep Tel Aviv with a 'Wind of Change'

Scorpions frontman Klaus Meine during a concert at Tel Aviv's Menora Mivtachim Arena, July 19 2018
(photo credit: JULIANE HELMHOLD)
Advertisement
Tel Aviv was taken by storm when the Scorpions swept their audience away on Thursday night and rocked them like a hurricane.In 2010 already, the German rock legends, who sold more than 75 million records worldwide, announced they would step down but here, 8 years later, they proved that they didn't and they shouldn't.The music veterans started their show, which is part of their "Crazy World Tour", in the Menora Mivtachim Arena with "Going out with a Bang," one of their newer songs from the Album "Return to Forever" released in 2015.By the second song, the 1980 "Make it Real," they conquered the hearts of their audience when their screens were covered in Israeli flags. 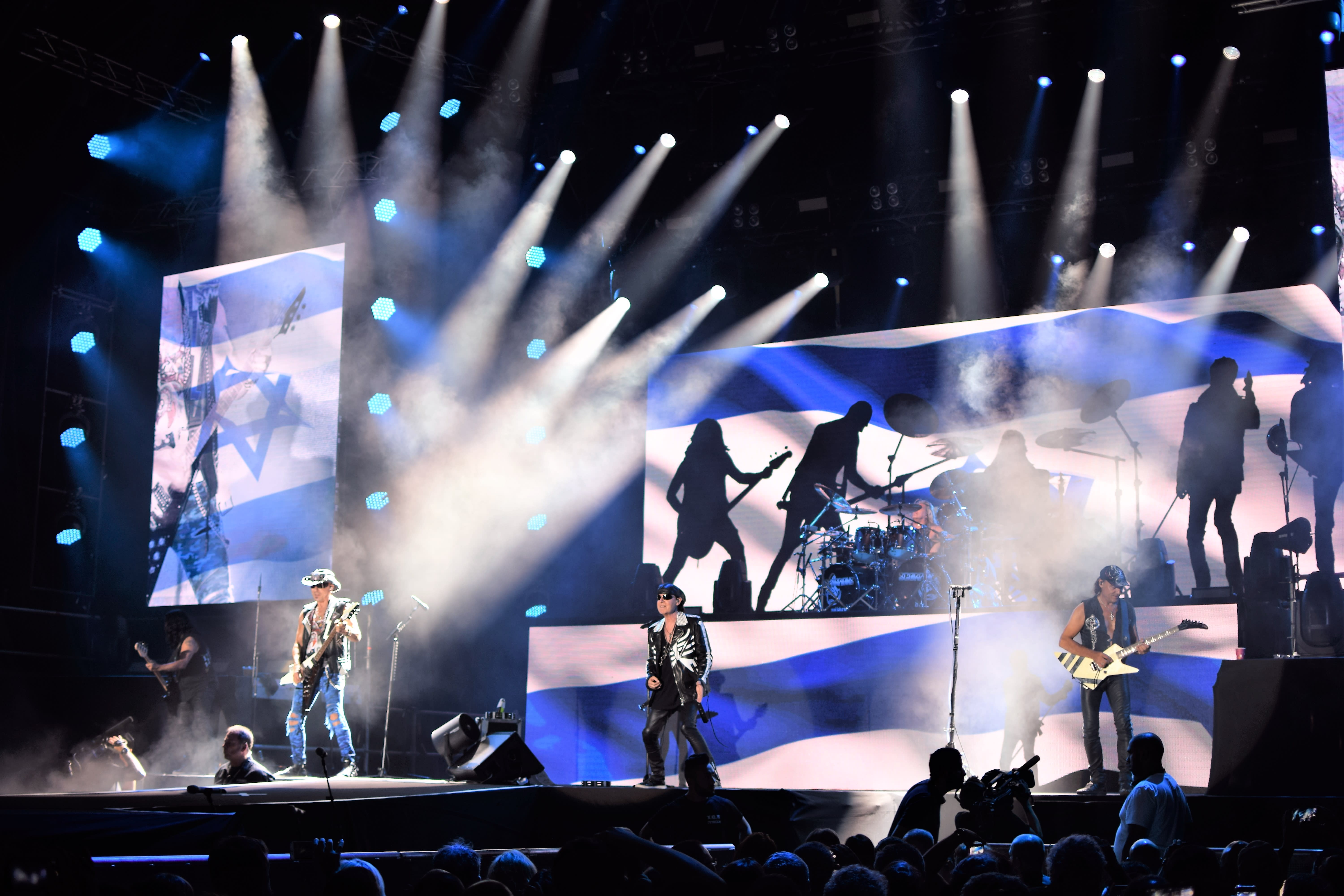 The Scorpions performing at Tel Aviv's Menora Mivtachim Arena, July 19 2018 (JULIANE HELMHOLD)
"Shalom Tel Aviv, Ma Shlomchem?" vocalist Klaus Meine greeted his fans in perfect Hebrew facing the screaming crowd."A long time ago, we were driving on the Autobahn and I said to myself: Klaus, one day we will make it all the way to Tel Aviv," he related.And so the band, founded in 1965 in Hanover, Germany, did."I've been waiting for 50 years to see the Scorpions live," one fan proudly said, who had claimed a seat in the first row of the arena, which has a capacity of over 10,000 seats - almost all of which were occupied.The enthusiasm of the fans was tangible.The cult band rolled out one song after another, taking their fans through decades of music history, spiked with incredible instrumental solos by lead guitarist Matthias Jabs, rhythm guitarist Rudolf Schenker and drummer Mikkey Dee, best known as drummer of British rock band Motörhead which disbanded following the death of frontman Lemmy in 2015. 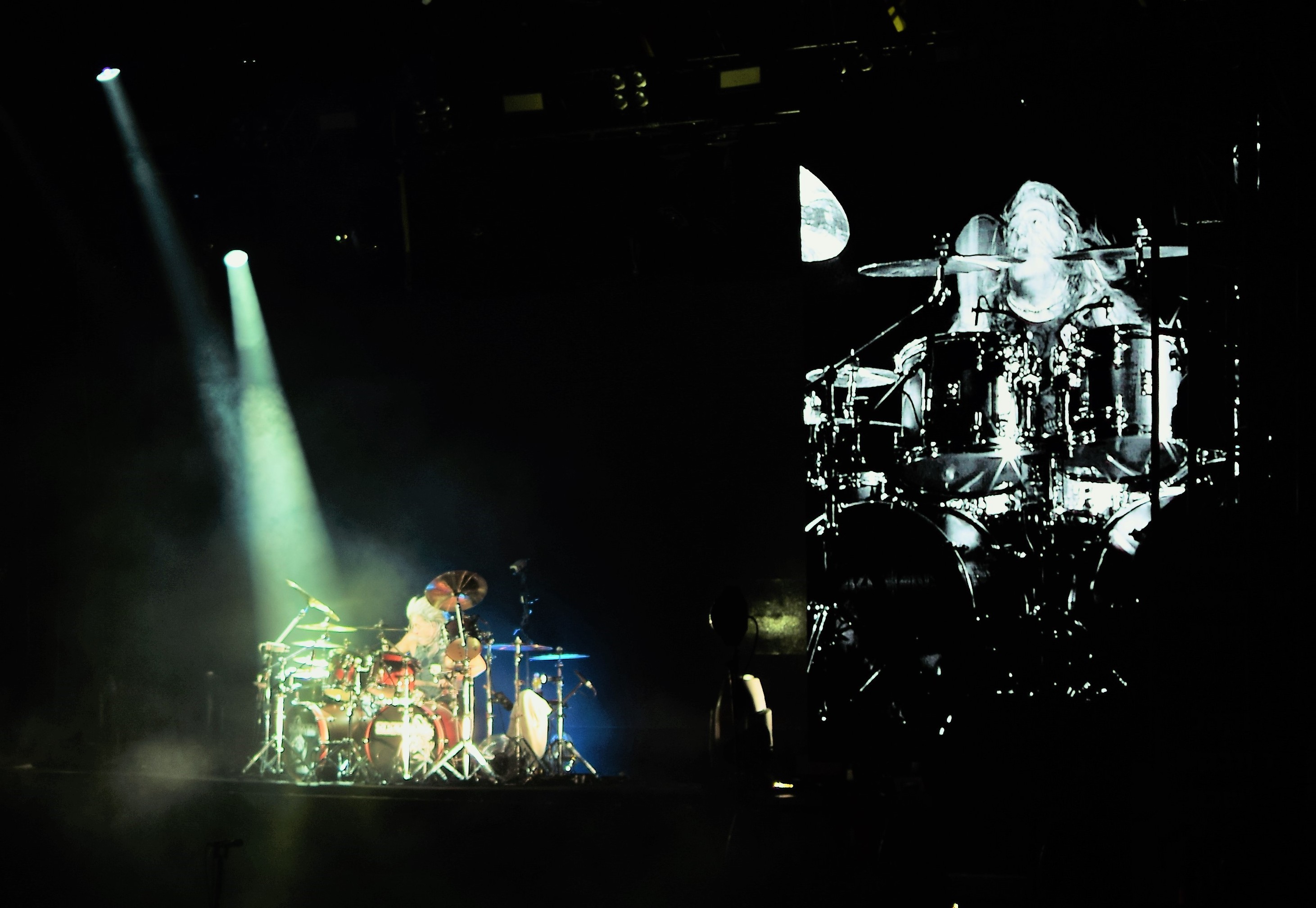 The Scorpions drummer Mikkey Dee performing a solo at Tel Aviv's Menora Mivtachim Arena, July 19 2018 (JULIANE HELMHOLD)
No eye remained dry and no member of the audience stayed seated when the rock legends, half-way through the 2 1/2 hour performance, brought out the legendary song "Wind of Change," a symbol of the breakdown of the Soviet Union and the fall of the Berlin Wall.Having been born in East German exactly around that time and having grown up with the music of the Scorpions, this was my personal highlight of the evening.While the bar was set high from here on, the rock oldies did not disappoint and aimed higher with every following song, among them a cover of the Motörhead song "Overkill" as a tribute to frontman Lemmy, 1990 ballad "Send me an Angel" and one of their hits from the 80s - ever so fitting for Tel Aviv - "Big City Nights."Overall the Band impressed with an astounding musical and vocal performance that was perfect enough to wonder whether it was pre-recorded and just imperfect enough to realize it was life.Frontman Klaus Meine lead through the evening with German pragmatism, talking just the right amount of time in broken English to leave enough space for an incredible musical performance.By the end of the evening, after the rock legends played their two encores, the emotional 1984 ballad "Still loving you" and metal classic "Rock you like a hurricane," the audience was left happily satisfied and, at the same time, wanting more.