The sound of (vocal) music 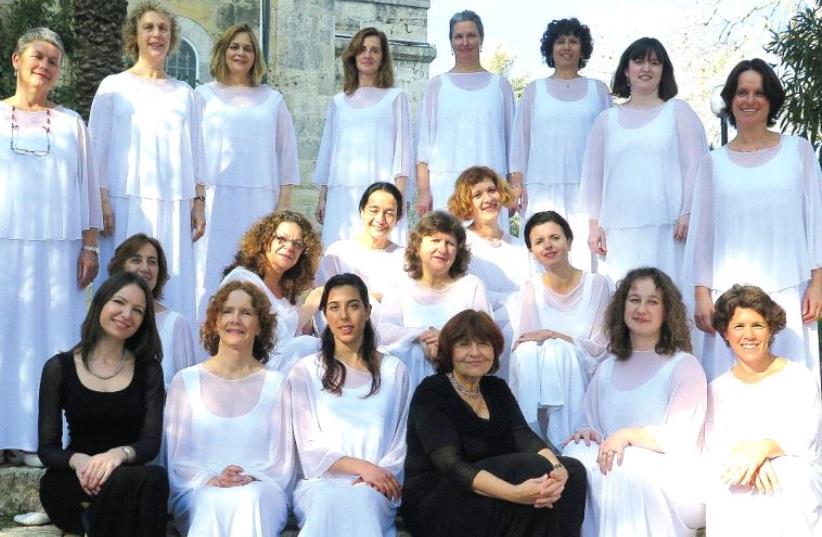 The Na'ama Choir
(photo credit: PR)
Advertisement
This fall, the biannual Abu Ghosh v1ocal music festival will take place on October 21 to 24.Established in 1992, the festival is presented on Succot and Shavuot.Festival founder Gershon Cohen is extremely proud of the fact that “a festival of vocal music, performed in Christian churches in a Muslim village and attended by Israeli Jews, has been functioning successfully for 25 years.”Even more than that, he adds, the festival, the only one of its kind in Israel, “has contributed a lot to the development of local choirs and vocal music.”How did Cohen manage not only to keep it afloat but to make it flourish? “It requires ongoing work with local choirs and maintaining connections with the churches and the village. I think it also has to do with my ability to communicate with people,” says Cohen. “This is not the kind of festival where you go to a concert hall a week before the event, close a deal and that’s it. These are relationships that you have to nurture all year long.When the people in the two churches, as well in the village, realized that I was not here to cheat them but to inaugurate a beautiful festival that would bring us closer, the cooperation started. In return, I try to help them in many ways. For example, I help the churches deal with Israeli bureaucracy. Or take for example the church on the hill.Everything – from the road, the parking, the air conditioning, the flowers – is the result of cooperation between the church and the festival.The same goes for the village that hosts the music lovers.”There was a predecessor of the festival, “but it closed in 1970 for several reasons, religion being one of them,” says Cohen. “But in 1992, members of the coexistence group in the village asked me to help them open a marketplace. The first intifada had just started, and they wanted to attract Israelis who bought goods in east Jerusalem and Hebron. But instead of a market, I created a festival.It started with a modest two-day Passover festival, and now we have two annual major events and a winter concert series. This has contributed a lot to the economic development of the village. Back in 1992 there was only one restaurant, and now there are many. People come to Abu Ghosh every weekend, not only during the festival. And yes, this contributes to the coexistence between the two peoples,” he says.Autumn 2000 was a true test for the festival.“With the outbreak of the second intifada, many Succot festivals were canceled, but not Abu Ghosh,” Cohen recalls. “Not only because I was sure that the place was safe, but imagine how it would have looked if I had canceled. They would have said, ‘It’s because we’re Arabs.’ No, the festival took place as usual; people came to the Arab restaurants, and this has only strengthened our connection. Even more than that, people who are not classical music lovers came just to support us.”Kibbutz-born Cohen accentuates that for him, supporting and developing local choirs and orchestras is essential.“For festival managers, it is a must to give work to local artists. I don’t like it concert organizers bring altos and sopranos from abroad because we have fine singers here. They think it will attract more audiences, but it’s wrong. If we don’t provide young local artists with work, they will leave and go to Berlin,” he says.Speaking about the festival program, Cohen begins with the Nabucco oratorio by Michelangelo Falvetti, performed by young local vocalists and the Phoenix ensemble under Myrna Herzog.“This will be the Israeli premiere of the piece,” says Cohen.He highlights a few concerts that will take place at the Crypt and the Kiryat Ye’arim Church, which is famous for its acoustics, arguably the best in Israel.“Canto General by Mikis Theodorakis is a favorite of our audience, and it hasn’t been performed here for a long time,” he says.In another concert, the Symbol of Faith men’s choir from Russia will join forces with the Na’ama women’s ensemble to perform music by Dvorak, Rachmaninov, Tchaikovsky, as well as Russian folk songs.“And we will host singer and musician Yair Dalal for the first time, who will perform with accordionist Emil Aybinder and mandolin player Shmuel Elbaz, who is of Moroccan origin,” he adds. “And renowned Italian Baroque violinist Fabrizio Longo will make his Israeli debut in Abu Ghosh.”An Estonian violinist and conductor will make a special appearance at the festival.“He approached me saying he wanted to bring something special for our jubilee. Thus within the Brilliant Baroque concert, soprano Yeela Avital will perform two Estonian pieces by Tonis Kaumann to celebrate the festival’s jubilee,” he says.Other concert programs are no less attractive, such as the German Requiem by Brahms and choral pieces by Puccini, Pergolesi and Mendelssohn.For the full festival program: http:// www.agfestival.co.il/en Tickets: www.bimot.co.il; (02) 623- 7000; *6226 (Bimot); 072-275-3221; *3221 (Bravo); or at the box office in the churches (cash only)