The sounds of Jewish music

The three-day event covers expansive musical and cultural areas, taking in a rich slew of intriguing concerts, workshops and seminars. 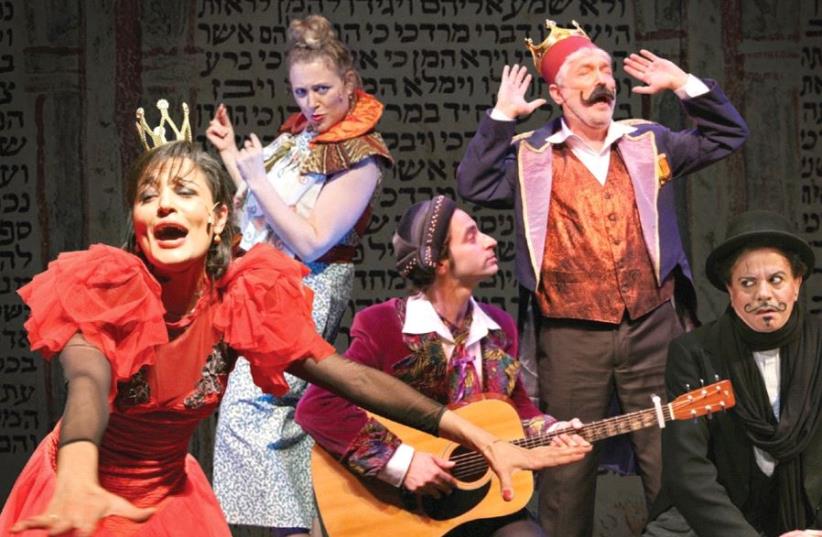 Jewish Music festival 2017
(photo credit: Courtesy)
Advertisement
The fifth annual Days of Jewish Music festival will take place at Bet Hatefutsot in Tel Aviv February 28 to March 2.The three-day event covers expansive musical and cultural areas, taking in a rich slew of intriguing concerts, workshops and seminars.Festival producer Jeffrey Fisher has lined up a program that covers almost every aspect of Jewish music culture across the globe, kicking off with a Ladino music concert called From Andalusia to Saloniki. The sonic entertainment will be provided by a stellar cast of artists, including veteran oud player and violinist Yair Delal, along with percussionist Erez Monk, vocalist Bracha Kol, cellist Jacqueline Fay and wind instrument player Doret Florentin. The following slot takes the proceedings in a very different direction, with Megilla Lieder by Yiddish poet Itzik Manger performed by actors from the Yiddishpiel Theater (pictured), to music by Dubi Zeltzer.Fans of Hassidic music, or anyone looking to get a deeper understanding of the genre, should enjoy the experiential Hassidic music workshop and tribute to legendary American nigun composer Ben Zion Shenker, who died last year at the age of 91.Then the From Cairo to Morocco workshop, on the last day of the program, presents some gems from the Shaabi genre of singing practiced by Moroccan Jewry, fronted by singer-composer Ariel Cohen.There is also room for a look at musical renditions of Psalms across the ages, with the Adi Young Israeli Choir, conducted by Oded Shomroni, and the last evening of the event features baroque music, with a rendition of Cristiano Giuseppe Lidarti’s Esther Oratorio, in Hebrew, by the Le Tendre Amour ensemble from Spain. There will be also be lectures at panel discussions with some of the Israeli classical music community’s leader members, such as celebrated composer and conductor Noam Sheriff and venerated musicologist Prof. Edwin Seroussi.

For more information: www.bh.org.i
Advertisement
Subscribe for our daily newsletter