Natalie Portman – and Jerusalem – star in the actress’s directorial debut 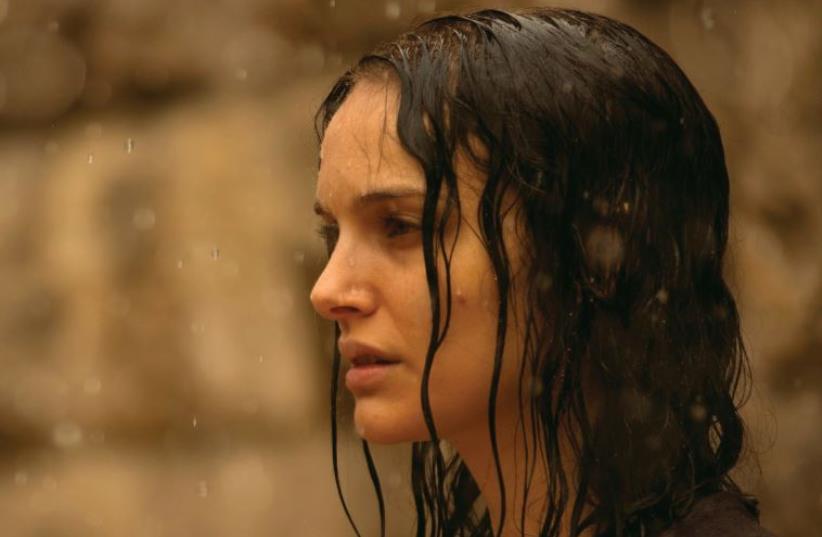 Natalie Portman
(photo credit: PR)
Advertisement
You may have glimpsed Natalie Portman directing her first film, an adaptation of Amos Oz’s memoir, A Tale of Love and Darkness, on the streets of Jerusalem in 2014.Starting on September 3, you can see the finished product on the big screen.The movie, which Portman also stars in and wrote, opens in Israel — ahead of any other country — with a festive premiere at Cinema City in Jerusalem. The Oscar-winning, Israeli/American actress will attend the premiere and has been traveling the world promoting the movie. It was first shown at the Cannes Film Festival last spring and will be screened at the Toronto International Film Festival, which opens on September 10.Oz’s acclaimed book details his childhood in Jerusalem and his teen years on Kibbutz Hulda at the end of the British Mandate period, interspersed with stories about his family’s life in Poland. It explores the ways in which Zionism and the birth of Israel influenced his early life.Portman, who fell in love with the book when she read it, visited Oz and his wife and asked to buy the rights to the story not long after it was published. She has spoken of Oz’s warmth and generosity in putting his confidence in her.She began adapting the book into a screenplay about seven years ago, but she often had to put it on hold to act in films, among them her Oscar-winning turn as a tormented ballerina in Darren Aronofsky’s Black Swan .Portman, who was born in Israel and moved to America with her parents as a child, decided to write the script in Hebrew.She originally considered casting an Israeli actress in the role of Fania, Amos Oz’s mother, who suffered from mental illness and committed suicide when he was 12 but was one of the central influences on the development of his creativity. Eventually, as the years passed and Portman was still working on the screenplay, she realized that she was old enough to play the part of Oz’s mother herself. Portman is fluent in Hebrew but said she had to work with a dialogue coach to lose her American accent and to get to an even higher level with the language. She had previously acted in one Israeli movie, Amos Gitai’s Free Zone in 2005, but only part of her role was in Hebrew, as she played an American tourist. By the time shooting started for A Tale of Love and Darkness, the Harvard-educated actress was a mother herself. She gave birth to her son, Aleph, in 2011. She married his father, French choreographer and dancer Benjamin Millepied, in 2012. Millepied, now the director of the Paris Opera Ballet, said he was converting to Judaism in 2014.While Portman’s decision to shoot the film in Hebrew made it less commercial, at least for American audiences that are notoriously hesitant to see subtitled films, that makes it all the more special for Israeli audiences. Her decision to shoot her film in Jerusalem, much of it in and around the Mahaneh Yehuda market, ushered in a new era of high-profile movie-making in the capital. Last winter, Richard Gere came to Jerusalem to act in Joseph Cedar’s latest movie, Oppenheimer Strategies , about an American Jew whose chance meeting with an Israeli politician proves life- changing. In 2016, Ruth Wilson, the star of the Showtime series The Affair , is set to shoot an English-language psychological thriller, Past Tense, to be directed by Avi Nesher. But before he starts that film, he will be shooting a Hebrew-language feature, partly in Jerusalem, starting in the fall. At this year’s Jerusalem Film Festival, half of the Israeli features were set in Jerusalem — including Tikkun , the winner of the Haggiag Award for Best Feature, and Jeruzalem , which won the Audience Award — an unprecedented development.A Tale of Love and Darkness and all these other recent and upcoming films set in Jerusalem were made with substantial grants from the Jerusalem Film Fund, run by Yoram Honig, who established it in 2008 with an eye to promoting local and international film projects in the city.