The world of ‘wonders’ comes to Netanya 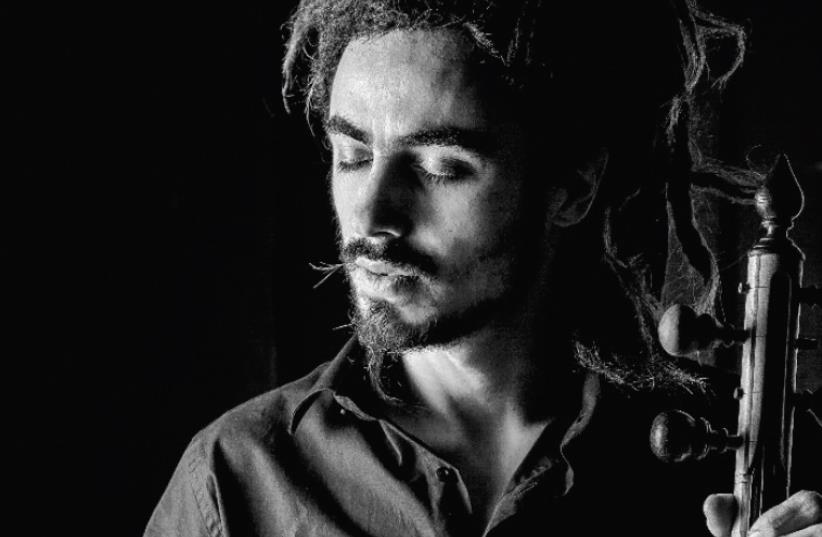 ISRAELI KAMANCHEH player Mark Eliyahu.
(photo credit: ZOHAR RON)
Advertisement
The Netanya Kibbutz Chamber Orchestra will open the 2019 season in January with five performances (January 3-9) in five different venues throughout the country. The series of concerts, called “World of Wonders,” is directed and developed by Shmuel Elbaz, associate artistic director of the NKO, and will feature as soloists the international world music star, Mark Eliyahu, and NKO Concertmaster Gilad Hildesheim. The World of Wonders concert is in its third season as Maestro Elbaz takes the audience outside the realm of Classical Western music into a world of new and beautiful sounds.Two years ago, Elbaz invited Professor Taysar Elias, a noted composer, teacher, and outstanding oud player to be soloist for World of Wonders. Together they created an exciting program of Arabic and Turkish music. Last year, the World of Wonders concert featured the critically acclaimed Gilad Efrat – String Ensemble, known for performances of music influenced by a variety of cultures.
“This year, I invited the international World Music artist, Mark Eliyahu, who will bring the sounds and sensations of Western Asia and Middle East to our stages on his stringed and bowed instrument, the kamanje,” Elbaz said.Eliyahu grew up in a home surrounded by music.“Music is everything,” he stated in an interview with the Post. “It is work; it is love; it is school, and even food.” He, his father Peretz Eliyahu (composer and musician), and other family members made aliyah from the Caucus Mountains in Dagestan, carrying with them the ancient cultural and musical roots of the Mountain Jews.Eliyahu remembers the first time he heard the stringed kamanje played.“I heard the sound of the instrument reverberate within me,” he said. “It is as if it was the voice of my soul, and I realized that it is the instrument I was meant to play. I think it has a beautiful sound that appeals to audiences worldwide.”“Mark Eliyahu is considered one of the top level players in the international field of World Music, music of the world’s cultures,” Elbaz said. “He is a master player of the kamanje, which is an ancient string instrument from Persia, held on the knee instead of under the chin. His command of the instrument is phenomenal, and he produces sounds that are without parallel. It is truly the music of distant worlds.”Eliyahu is also a composer and arranger. He has composed, adapted, and produced works for various artists, such as Rita, Idan Raichel, Ishtar and Sevda (Azerbegan). In addition, he has composed music for films, dance, and theater, won the Israeli Academy Award for Music (the Ophir Prize) and the Jerusalem Film Festival 2012. Eliyahu was chosen by the European Union to represent Israel in various international projects and has appeared on the prestigious stages around the world with his ensemble, and with his father.DURING THE CONCERT, the NKO will perform an original composition of Peretz Eliyahu called “Nigun Nava” for kamanje and mandolin. Soloist on the mandolin will be Elbaz, who is also critically acclaimed as a top performer of the mandolin and music of the East.“I have worked for many years with the connection between the music of the East and the West,” explained Elbaz. “I not only find ancient music of great interest, but also one that it has the potential to build bridges of understanding between the music composed today and that of centuries previous.”Elbaz continued to explain that NKO program is built not only to entertain but also to elucidate the audience of this connection.
“First,” he pointed out, “is the fact that the kamanje is the forefather of the modern violin upon which the modern Western orchestra is built. In essence, the music of the West has been built upon the sounds and techniques of the East.”Elbaz selected one of the first pieces on the program to illustrate this point. It is the famous gypsy melody of Pablo Sarasate, “Zigeunerwiesen,” played by Hildesheim.“This piece is written for the modern day violin,” Elbaz explained. “But based on the form and sounds of the East. It opens with a beautiful, improvisatory section and then, as the music soars virtuoso higher and higher, it demands the utmost control of the emotive and technical skills of the artist. Comparable to the style of Eastern music, both the original and composed by Mark Eliyahu, and the other composers on the program, I believe after hearing the Sarasate, the audience will have the ability to understand this influence.”
Eliyahu has recently returned from a world tour and is putting out a new album of world music. “It was a very exciting journey,” he said. “Influenced by music and meetings I had with so many. The selections on the album were recorded in different locations and by different musicians. Truly, music is a language that ties people, even when there is no spoken language in common.”

For further information: *3579 or [email protected]