Paramount in the production is the interrelationship and communication among the five new-minted actor crew. 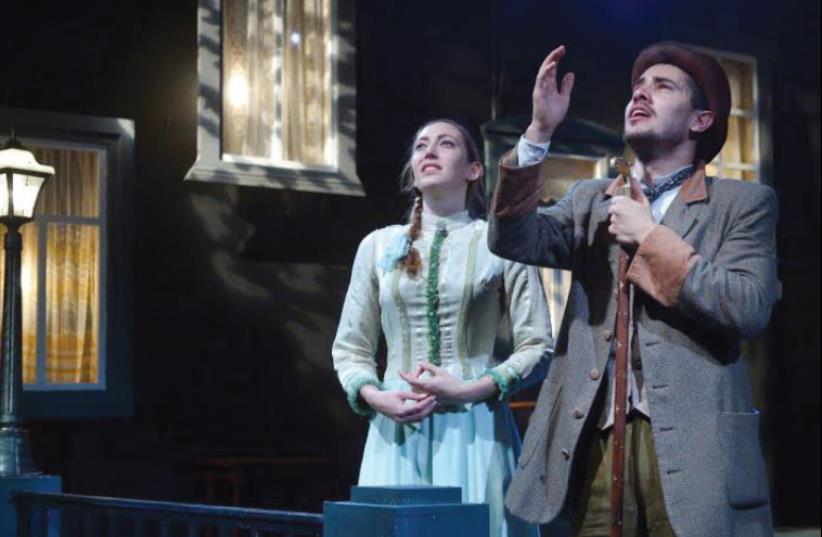 White Night
(photo credit: Courtesy)
Advertisement
This is an intelligent, arresting and ultimately touching production of short stories in five scenes by Dostoevsky concerning two young people who meet over five “white nights” in St. Petersburg, that restless time of year when day never quite meets night.He, a lonely, insecure, shy, socially inept young man known only as The Dreamer (Amit Gil), meets Her, aka Nastinka (Noa Lapidot), equally lonely, but intelligent, intuitively compassionate and as utterly egotistical as only a woman can be. They are soul mates forever, says Nastinka, but he mustn’t fall in love with her because her heart is irretrievably given to the Tenant (Shahar Pollak). Of course The Dreamer does just that, but he doesn’t mind the heartache when she’s wed to the love of her life because his love has enriched him, and as he passionately exclaims at the end, “a moment of supreme happiness is worth an entire life.”Paramount in the production is the interrelationship and communication among the five new-minted actors – Avital Zer Aviv is brilliant and amusing as Grandmamma while Xenia Marcusa totally nails her disparate servant characters, Matryona and Fiyulka. The five really listen to and talk with, rather than at, each other, which is rare in our theater.Praise is due also to the period costumes and multi-level set, also by Maltsev, to Alexander Sikirin’s spirited lighting and to Stupin’s sensitive choices of music. The set comprises platforms, railings and eight windows, behind seven of which (nice touch), light glows. The eighth is practical and is the window from which Matryona shouts at her bubble-headed master.Which brings us to Amit Gil’s performance as The Dreamer. He bludgeons us with his character for most of the play. He prowls, prances, pirouettes, yelps, yawps, shrieks, burbles and generally carries frantically on. Only toward the end does he touchingly show us what he might have done with it.Gil is, without doubt, a very gifted, very physical and imaginative actor but now – and it will also come with experience – he must learn to discipline and temper what he does on stage; Maltsev should have helped him do just that in this, his first professional role.As Nastinka, Noa Lapidot is a little more restrained. She flirts prettily with The Dreamer, but with her lover she’s entirely unguarded – a nice difference. As that same lover, Pollak shows that necessary restraint which make his passion and commitment the more poignant.And hovering over these ingenious tales was a corresponding and so charming innocence. Nicely done