A dark and fascinating 'Fargo' and a lively 'Jane' return 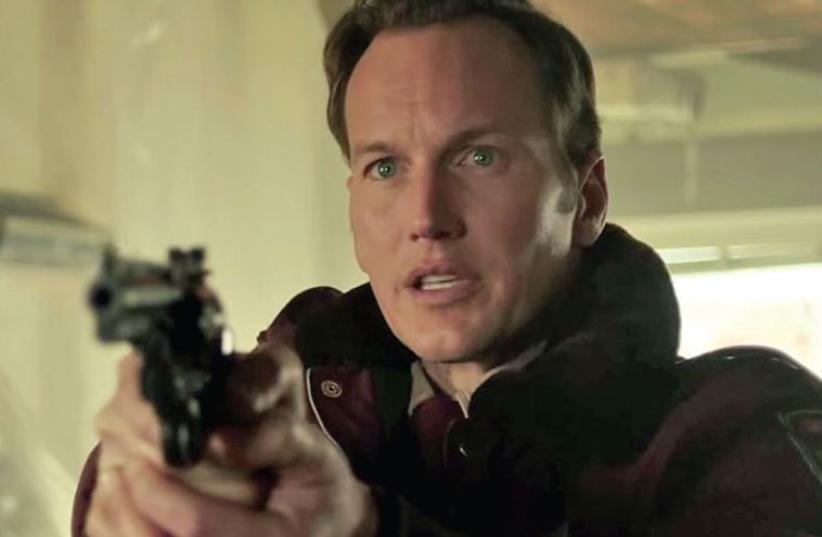 ‘Fargo’
(photo credit: PR)
Advertisement
Maybe it’s a coincidence, but the Coen brothers just released the trailer for their upcoming film Hail Caesar! at the same time that the second season of Fargo premiered. They are the executive producers of Fargo, which is a kind of spiritual spin-off of their 1995 movie.Hail Caesar!, which looks to be their funniest movie in years, stars George Clooney as an arrogant 1950s movie star who makes blackand- white epic dramas and gets kidnapped by Communists. The opening sequence of Fargo’s new episode features what looks like the beginning of a black-and-white Western called “Massacre at Sioux Falls.” According to the credits, it stars Ronald Reagan and Betty Laplage. No such movie or actress exists, and the trailer promptly takes a detour into Coen-brothers land, as Reagan is late to the set – he is getting made up to look like he has been shot with many arrows – and an actor from New Jersey playing an Indian and a Jewish director pass the time chatting about the chilly temperature and the historic sufferings of various people.Just as you begin to think you know where this is going, the scene switches to president Jimmy Carter making a speech about the economy in 1979. This brings to mind the specter of the economic downturn of the late 1970s – which is rarely discussed today but which has some parallels to the current economic problems in the US – and how Reagan swept one-term president Carter out of office later that year on the promise that he would cure all the nation’s ills with his can-do attitude.This almost surreal political prologue draws us into Fargo’s new storyline, which is set in 1979 in the grim winter of Midwestern small towns. A crime family, small time but fierce (like so many characters in Coen brothers movies), is having a hard time collecting what they’re owed, which leads to the weakest son, Rye Gerhardt (Kieran Culkin, all grown up and playing a sociopath very convincingly), blundering his way into committing a triple murder at a place called The Waffle Hut.The consequences of this crime involve a law-abiding couple, Peggy and Ed Blomquist (Kirsten Dunst, who is perfectly suited for the retro ambience, and Jesse Plemons, who played Landry of Friday Night Lights and Todd on Breaking Bad). Ed dreams of owning the butcher shop where he works, and Peggy hopes a seminar she is about to take will help her “actualize.” Now their dreams are in jeopardy, while State Trooper Lou Solverson (Patrick Wilson) tries to solve the case while coping with the fact that his wife is undergoing chemotherapy. Another crime family wants to move in on the Gerhardt’s territory, and Karl (Nick Offerman, who was Ron Swanson on Parks and Recreation), a friend of Lou’s, is a conspiracy buff who thinks the triple homicide is the beginning of a political conspiracy with far-reaching implications.I thought the first season of Fargo was a pallid version of the Coen brothers’ movies, but this second season looks like a terrific companion to their movies, and I can’t wait to see where the story goes – especially the Life Springs seminar that Peggy Blomquist is so looking forward to.Fargo airs on HOT Plus on Thursdays at 10 p.m., as well as free on HOT VOD.Unlike Fargo, Season Two of Jane the Virgin, which just started its new season on October 12 in the US, picks up exactly where Season One left off. This lively, wonderfully silly and romantic telenovela – imagine Gilmore Girls directed by Pedro Almodovar – promises another 22 episodes of pure fun.Gina Rodriguez is lovely and radiant as the title character, but perhaps the biggest star is Anthony Mendez, who narrates the show.There was a lot of plot in Season One, but Mendez’s silky voice will draw you in as he fills you in on what you missed. And if you did miss Season One, I think you can just tune in to the second season and keep up with everything just fine.The show airs on YES Drama HD on Thursdays at 9:15 p.m. and on YES VOD.