Too many conductors in the kitchen 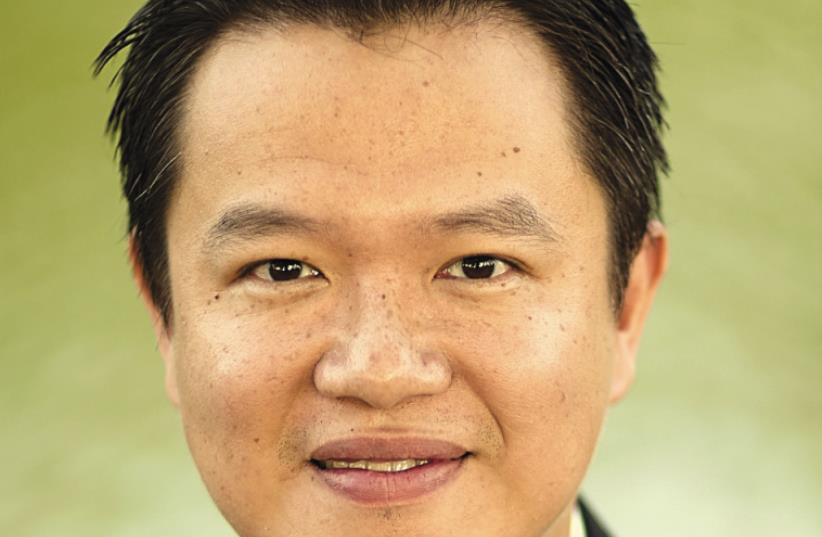 CONDUCTOR AND composer Yi-An Xu.
(photo credit: FRED BRONSTEIN)
Advertisement
There is a famous story about Zubin Mehta. Once, in the middle of a concert at a major European venue, there was a power outage.For several minutes, enveloped in complete darkness, the musicians continued to play. When the lights came back on, Mehta was standing on his podium, conducting as usual.“The players know the music by heart.When they were left in the dark, they couldn’t see Mehta. So, if they can play without seeing him, why do they need a conductor at all?” asks Yi-An Xu.Seated next to his wife, conductor Talia Ilan, Xu speaks quickly, attempting to get his point across. For the better part of an hour, over coffee and juice, Xu and Ilan have finished one another’s sentences, cut each other off and laughed about their long-standing disagreements.The anecdote, which Xu tells with great lightness, represents a thorn in the successful conductor’s side, a notion that has nagged at him for years. Though his and Ilan’s life’s work is devoted to conducting and composing music, Xu can’t help but question the place of the conductor. Being critical about the position undoubtedly makes each conductor stronger. These two take nothing for granted and are clearly, wholly engaged in a never-ending dialogue about music, artistry and life.“You see posters for concerts and the name of the conductor is by far the biggest, then, underneath it, in smaller print is the name of the composer,” adds Ilan. “This is totally off, in my opinion.”“I have a lot of doubts about whether the job of the conductor should be the most important one to talk about. The composer is the great one; the score is the great thing.The conductor is not even as important as any individual player in the orchestra,” says Xu.Xu, 36, was born and raised in China. His family moved to Australia for several years before returning to Shanghai. More than a decade ago, Xu found himself in Israel as a student of the Tel Aviv University’s Buchmann- Mehta School of Music. He went on to join the faculty, where he continues to teach to this day. For the past five years, Xu has served as the music director for the Rehovot Classical Orchestra. Outside of conducting, Xu also composes music.Together with Ilan, he composed the score of Betach Yesh Yeled (There’s Surely A Kid), a musical adaptation of Elad Weingrod’s children’s story.Ilan, 44, hails from Tel Aviv. She began playing piano at the age of 10 and went on to teach herself the clarinet.“I realized very early that I wanted to be a conductor but at that time there were no female conductors. I collected scores and studied them at home. I learned the clarinet so that I could be part of an orchestra. Then, in the army, I decided to be a guide so that I could work on my leadership skills.”Today, Ilan is the music director of the Israel Stage Orchestra, an ensemble devoted to presenting classical music to children, and the Campus Symphony Orchestra of Ramat Hasharon. She remains one of very few female conductors worldwide, a position she fills with great pride and humility.Ilan and Xu met many years ago. The couple couldn’t quite agree on the details of how they came together. They agreed that there was a first meeting at a concert in a mutual acquaintance’s home followed by a phone call regarding the host’s lost dog.Then there was a tragic incident in which Xu nearly drowned in the Mediterranean and an impromptu hospital visit made by Ilan. Eight years separate them in age and thousands of miles in hometown but Ilan and Xu were pulled together by what seems like destiny.Today, they are parents to two little girls, with whom they recently spent one month traveling through China. For Xu, this trip marked a major milestone. It was his first trip home with his entire family. Invited to teach and perform with the Shenzhen Symphony Orchestra, Xu was able to close a major life circle. Ilan also took the opportunity to perform while in China as a guest conductor for the Qingdao Symphony Orchestra. The two chuckled about the immense difference between the players they have grown used to in Israel and the incredibly disciplined Chinese musicians.“They don’t talk at all,” smiles Ilan. “They just listen and play.”Though they work for separate companies, Ilan and Xu function as a team. “We often switch one another. If I can’t make it to rehearsal, Yi-An will go instead of me,” says Ilan.“We have a forum every day at home. We are constantly consulting one another on our work, helping one another to improve.There are composers that I never appreciated that Talia taught me to hear and love. I teach my students a lot of what Talia teaches me,” adds Xu with clear reverence.Ilan is currently preparing to open a new season with the Israel Stage Orchestra. The 2015-2016 program includes The Carnival of the Animals by Camille Saint-Saens, Ofri’s Pet, Puss in Boots and Imagine, a tribute to John Lennon, and Mozart’s The Magic Flute.“Our first show of the season, The Carnival of the Animals, is a very beautiful production. It involves dance and theater,” says Ilan. The performance is suitable for children aged four to 10. In addition, Ilan will perform as a guest conductor with the Haifa Symphony Orchestra on November 16.Xu can be seen in the coming months conducting concerts of the Tel Aviv University Orchestra as well as with the Rehovot Classical Orchestra.For more information about Talia Ilan and Yi-An Xu, visit www.taliailan.com or www.yianxu.com.