Things to do in the week to come. 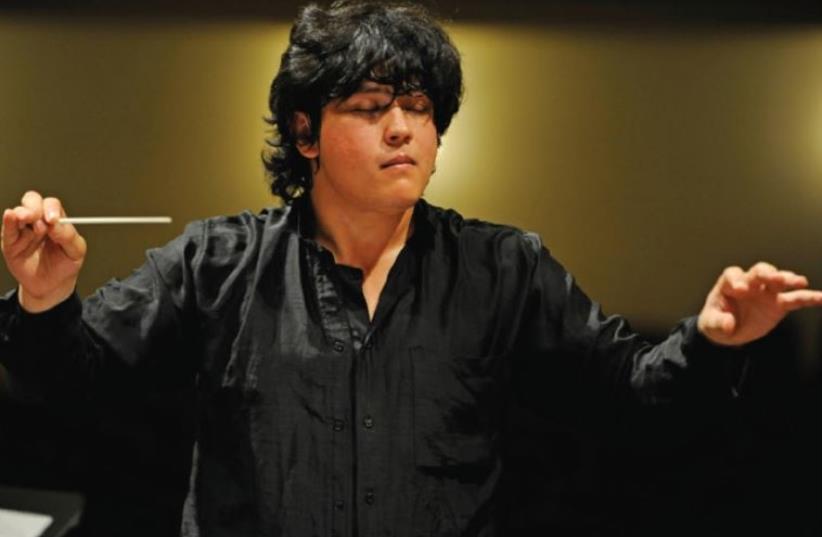 1 SMALLER IS STRONGER Marvel’s newest superhero movie, Ant-Man , tells the story of con man Scott Lang, armed with a super-powered suit that has the ability to make him shrink in size but increase in strength. Lang and his mentor, Dr. Hank Pym, plan a master- ful robbery to save the world. With Paul Rudd, Michael Douglas, Corey Stoll.2 AN OFFER YOU CAN'T REFUSE

The Godfather, the award-winning film directed by Francis Ford Coppola, will close the 32nd Jerusalem Film Festival. The film will be screened at the Sultan’s Pool, accompanied by live music. The music, composed by Nino Rota, will be performed by the Jerusalem Symphony Orchestra, led by American conductor Justin Freer.

Saturday at 8:30 p.m. at the Sultan’s Pool, Jerusalem. For more information and tickets, call *6226; www.bimot.co.il.DANCE 3 TWO FOR ONE  An evening of two dance pieces: the beautiful and elegant Things I Told Nobody by Itzik Galili, to music by Handel, Vivaldi, Mozart and Satie; and the world premiere of Red Sky by Tamir Ginz, a depiction of a clash between nations for land and iden- tity about people under constant threat, with music by Max Richter.

4 GROWING UP WITH RHYTHMThe Kamea Dance Company presents Gleech , a new piece for the whole family by choreographer and artistic director Tamir Ginz. The piece centers around a group of high-school students dealing with adolescent experiences of competi- tion, love and friendship. The work is set to a selection of well-known Israeli songs.

5 BIG BUSINESS The new season of the successful comedy- drama House of Lies is back for a fourth season on HOT Plus. The clever and provocative show, based on Martin Kihn’s best-selling novel, follows the lives of business consultants who are driven, ma- nipulative and immoral in their quest for money and making business deals.Starts Wednesday on HOT Plus and HOT VODMUSIC 6 THE YOUNG CINDERELLA Ten-year-old Alma Deutscher composed an original version of the opera Cinderella (in Hebrew). Cinderella is a young composer destined to find her poet- prince. The opera for the whole family is presented in collaboration with the Meitar Opera Studio and is part of the Voice of Music in the Upper Galilee Chamber Music Festival.

7 MOZART AND BRUCKNER The Israel Symphony Orchestra Rishon Lezion presents its final concert of the season, The Romantic, with conductor Aziz Shokhakimov. He conducted the or- chestra in 2007 when he was 18 years old and has since conducted many orches- tras around the world. The program will feature Mozart’s Symphony No. 29 and Bruckner’s Symphony No. 4.

8 JAZZ FROM NEW YORKEden Ladin, Ziv Ravitz and Noam Weiz- berg comprise the Eden Ladin Trio, a prominent group on the current New York jazz scene. The trio will perform numbers from the American Songbook , as well as original pieces by Ladin.

“Judea Recaptured” is a debut presenta- tion at the Israel Museum of a one-of- a-kind gold coin. The obverse bears a figure of Roman emperor Vespasian, and the reverse bears the figure of a woman personifying the captive Judea.The museum will also present three other new exhibitions: Buddhist and Is- lamic art; the Great Inscription of the King of Assyria; and a photography exhibition “Diary” by Reli Avrahami.

For more information, call (02) 670-8935.KIDS 10 JURRASSIC GARDENSThe “Dinosaur Kingdom” has come to life. The supersaurus, tyrannosaurus and more than 40 other kinds of dinosaur species that measure 13 meters high are on display throughout the Botanical Gar- dens. The exhibition is open to the whole family, along with an educational 3D film, a dinosaur maze, fossil searching games, workshops and more.July and August from 10 a.m. to 10 p.m. at the Botanical Gardens, Jerusalem. For more information, call *6226; (02) 679 - 4012.