Fun things to do over the weekend and in the week ahead. 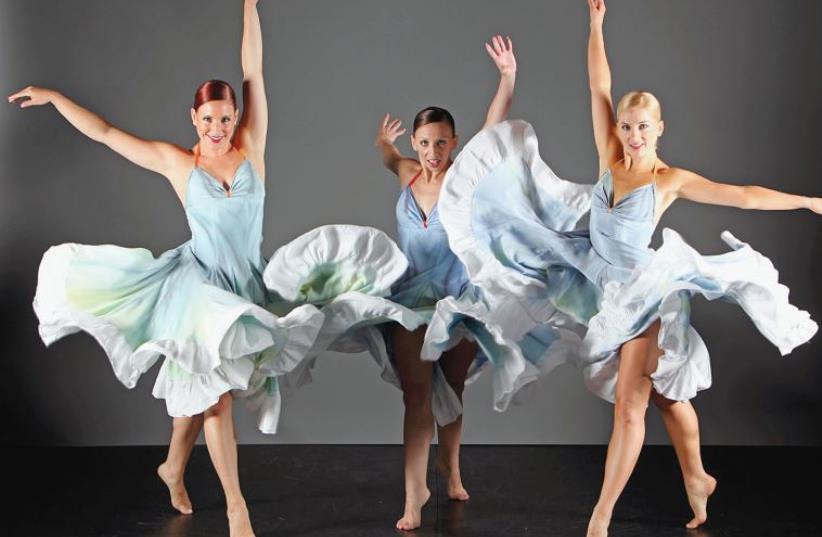 The Giordano Chicago Dance group
(photo credit: PR)
Advertisement
1. FILMS: ENRAGED MOTHERSIn the American film Lila & Eve, Lila is a woman whose son was murdered. She joins a support group, where she meets Eve, a strong and charismatic bereaved mother who offers to help find the murderers.When the authorities fail to take action, the two distraught women team up and embark on a journey of revenge and redemption. With Viola Davis, Jennifer Lopez.
2. MUSIC: INDIE IN THE CAPITALThe fifth annual Indie City Festival features musical performances in bars, restaurants and other venues in downtown Jerusalem. The festival highlights Israel’s bright new names on the independent music scene such as Riff Cohen, Malox, Tatran, Hila Ruah, Alon Eder, Isaiah and Lucille Crew. Thursday (today) at 7 p.m. on Horkanos, Heleni Hamalka and Havatzelet streets in Jerusalem. For more information, visit www.facebook.com/indiecity.project/.
3. CROWD GAZE Neil Halstead, the leader of British rock shoegaze band Slowdive, will perform songs from his broad repertoire, from solo records and songs from his folk band Mojave 3. Friday at 9:30 p.m. at Barby in Tel Aviv. For tickets: (03) 518-8123; www.barby.co.il.
4. WILD WILD SMOKIE Popular British pop band Smokie filled the 1970s with a string of hits. In Israel, it will perform its hits such as “Living Next Door to Alive,” “Lay Back in the Arms of Someone,” “It’s Your Life” and “Wild Wild Angels.” Tuesday at 9 p.m. at Hangar 11, Tel Aviv Port. Wednesday at 9 p.m. at the Haifa Auditorium. Thursday (November 12) at 9 p.m. at the Mann Auditorium in Tel Aviv. For tickets: *9066; www.eventim.co.il/smokie; (04) 837-777; www.barak-tickets.co.il.
5. CONCERT IN TWO The concert Classical from a Different Angle features Sonata for Piano and Violin by Ravel and Rhapsody in Blue by Gershwin. Violinist Gilad Hildesheim and pianist Revital Hachamov will perform the compositions. Ron Regev will give a lecture. Wednesday at 8 p.m. at Weiss Hall, The Jerusalem Academy of Music and Dance, Givat Ram. For information: (02) 675-9907; chana@jamd.ac.il.
6. ART: FACES OF ARTISTS “Artists’ Portraits” is a new exhibition on display at the Succa Art Gallery. The creator of the exhibition, Tzipi Tzigla, has put together 60 of her painted portraits of renowned artists such as Andy Warhol, Pablo Picasso, Menashe Kadishman, Raffi Lavie and Yigal Tumarkin. All works will be available for purchase. Wednesday and Thursday from noon to 6 p.m. Friday from 11 a.m. to 2 p.m. At the Succa Art Gallery (located in an industrial building, across from 6 Shvil Hameretz St.) in Tel Aviv. For more information, call 050- 400-2400. Exhibition closes November 15.
7. MIXED BAG: FLOWING WINE The 17th annual Mateh Yehuda Wine Festival will take place over the course of four weekends during November. More than 30 wineries will take part in the events, telling stories about their production process and the history of their wineries. The festival opens at Mini Israel. There will be tastings from the best wines, as well as live music and tours of the park. Opening event on November 5 at 7:30 p.m. at Mini Israel near Latrun. Followed by the four remaining Fridays of November 6, 16, 23 and 30. For more information: *8108; www.tour-yehuda.org.il.
8. CHILDREN: SOUNDS OF JOY Renowned Dutch flutist Abbie De Quant performs in various formats such as chamber ensembles and as a soloist with orchestras. In a concert for the entire family, the international musician will perform a selection of story-driven works by French composers such as Debussy, Saint- Saens, Poulenc and Messiaen. She will be accompanied by pianist Bart Berman. Tuesday at 5 p.m. at the Felicja Blumental Music Center in Tel Aviv. For tickets: (03) 620-1185; www.fbmc.co.il.
9. VIOLIN ROCK Veteran British prog rock group Curved Air, founded in 1970, used violin in its music. Along with folk-oriented singer Sonja Kristina, the band created a distinct sound of rock interwoven with folk and classical music. After disbanding in 1976, they reunited in 2008 and released a new album in 2014 as part of their ongoing world tour. Saturday at 9 p.m. at the Teder Club, Rishon Lezion. For tickets: www.rockstage.co.il
10. UPCOMING: WHERE IT BEGAN The Giordano Chicago Dance group is coming to Israel as part of its 50th anniversary celebrations. It will perform four shows at the Opera House, presenting 50 Legendary Years. It connects six choreographers in six different works that tell the story of jazz dancing, which began in Chicago and ended up conquering the world. November 18 to 21. Wednesday and Thursday at 8 p.m. Friday at 1 p.m. Saturday at 9 p.m. At the Opera House in Tel Aviv. For tickets: tickets.israel-opera.co.il; (03) 692-7777.