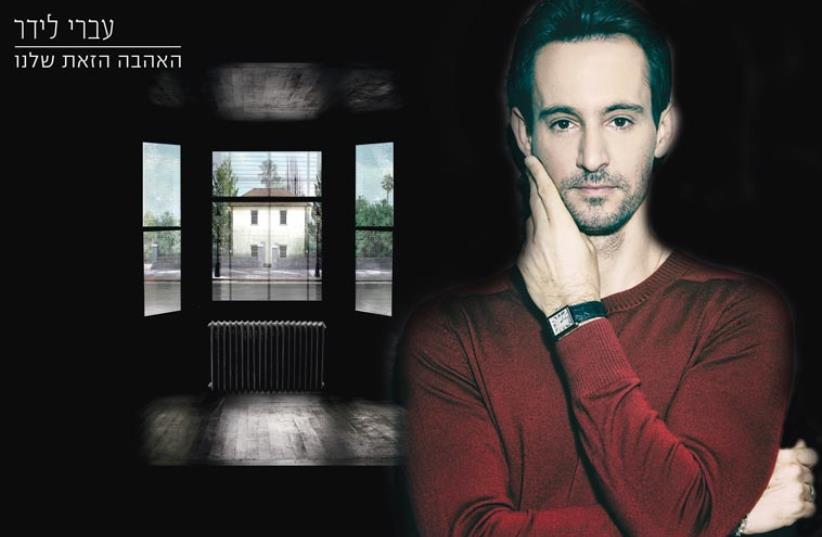 Ivri Lider
(photo credit: RONEN AKERMAN)
Advertisement
1. FILM: COLD-HEARTED CREW In the post-Civil War drama The Hateful Eight, set in the midst of a Wyoming blizzard, a bounty hunter and his prisoner find shelter in a cabin inhabited by a collection of nefarious characters. With Samuel L. Jackson, Kurt Russell, Tim Roth, Bruce Dern. Written and directed by Quentin Tarantino.2. MUSIC: LIDER OF THE PACK Songwriter, composer, producer and actor Ivri Lider has many rock hits on gold and platinum albums to his name, as well as a slew of sold-out shows throughout the country. His awards include Lyricist of the Year, Male Singer of the Year and Best Live Show. Lider will perform his past and present hits at the Jerusalem Theater.

Tomorrow (Friday), 10 p.m., Elma Arts Hotel, Zichron Ya’acov. For more info: www.elmahotel.com 4. MUSIC: PLAY IT AGAIN, MAURICE Pianist Maurice El Medioni has been credited with introducing the piano to Algerian music. During his extensive career, he has woven numerous cultural strands into his oeuvre, from Andalusian and Cuban music to Algerian material and jazz. His 2007 synergy with Cuban-American percussionist Roberto Rodriguez won the pair the Culture Crossing BBC Award. The 87-year-old legend will perform at Tel Aviv’s Havana Music Hall.

5. SPORTS: ON YOUR MARKS...The International Tiberias Marathon is the oldest annual sporting event in Israel. The 38th annual 42.2-km. course follows the shoreline of Lake Kinneret and winds through historical landmarks in the Jordan Valley.

6. EXHIBITIONS: BY THE SEASHORE Renowned photojournalist Micha Bar-Am has been taking some of this country’s most memorable and most stirring photographs for more than six decades.From 1968 to 1992, he was the New York Times photographic correspondent from Israel. He has published several books of photography. Bar-Am’s latest exhibition, “Sea Shore,” focuses on sea-related historic events, studies of workers and the pleasures of living by the sea.

7. EXHIBITIONS: HOME IS WHERE THE HEART IS In a series of photographs, veteran fashion photographer Ben Lam enters the interiors of three households: that of Haim Nahman Bialik and his wife Mania; the residence of Israel’s first president, Chaim Weizmann, and his wife Vera, in Rehovot; and the home of David Ben-Gurion and his wife Paula in Tel Aviv and their hut in Sde Boker.Lam discerns definitive moments in Israeli visual culture by observing the personal, private and public spaces designed primarily by the wives of historic Israeli figures.Ongoing, Artists’ House, 12 Shmuel Hanagid Street, Jerusalem. For more info: www.art.org.il

8. DANCE: YES, WE CAN Israeli choreographer and dancer May Zarhy will perform her latest work, Yes, the result of a collaboration with musician and vocalist Michal Oppenheim. The work touches on themes of closeness and intimacy out of a desire to make the body felt, to underline its presence.

9. MIXED BAG: ROCK CINEMA ART The 1982 American cult classic sci-fi film Liquid Sky is the third film in the seven-part Blow Up series at the Tel Aviv Museum of Art: an encounter among film, rock music and art edited and hosted by Yashiv Cohen (of MONC) and Dana Kessler. The plot of this film revolves around invisible aliens in a tiny flying saucer who come to Earth looking for heroin. They land atop a New York apartment inhabited by a drug dealer and her female, androgynous, bisexual nymphomaniac lover, a fashion model. The screening will be preceded by a brief talk by Yehuda Nuriel (Yediot Aharonot) on pioneering synthesizer sound tracks.Tonight (Thursday), 9 p.m. NIS 50. http:// tickets.tamuseum.org.il