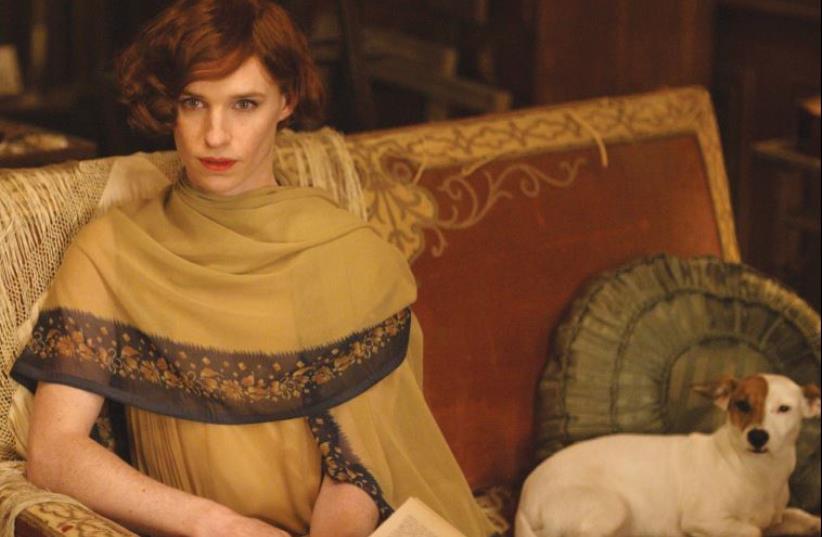 'The Danish Girl' movie
(photo credit: PR)
Advertisement
1. FILM: WHO’S THAT GIRL? The Danish Girl is a love story inspired by the lives of Danish artists Lili Elbe and Gerda Wegener. The film chronicles how Elbe and Wegener’s marriage and work evolve as they navigate Lili’s groundbreaking journey as a transgender pioneer. With Eddie Redmayne, Alicia Vikander, Amber Heard.

2. MUSIC: FROM YOUTUBE TO YOU Ophir Kutiel, a.k.a. Kutiman, is an acclaimed musician, composer, producer and video artist. He is best known for his ThruYouToo project, in which he meshed YouTube video clips into a music album. Time magazine named it one of the “50 Best Inventions of 2009.”Catch Kutiman and his band The Kutiman Orchestra in concert.

Saturday, 8:30 p.m., Barby Club, Tel Aviv.
Tickets: www.barby.co.il 3. MUSIC: ALL IS NOT LOST Felix Safran De Laet, known by his stage name Lost Frequencies, is a Belgian DJ and music producer. In 2014 he became famous with his remix of Easton Corbin’s “Are You with Me?” He recently topped the charts with his second single, “Reality.”He will put his special spin on things in Tel Aviv.

4. MIXED BAG: WHEN BARYSHNIKOV MET BRODSKY Renowned dancer Mikhail Baryshnikov presents Brodsky/Baryshnikov. The oneman play, based on the poems of Joseph Brodsky, was created for Baryshnikov by Alvis Hermanis, director of Latvia’s New Riga Theater. It is a literary and personal journey through Brodsky’s poems, spanning the 1950s to the 1990s. Baryshnikov read Brodsky’s poetry as a youth. The two met in New York in 1974, and the poet became the young dancer’s friend and mentor.Tuesday through January 24, Suzanne Dellal Center, Tel Aviv. Tickets and info: www.suzannedellal.org.il 5 JERUSALEM OF OLD “From Rehavia to Nahlaot” is a weekend of entertainment that takes place at the Pastoral Hotel in Kfar Blum, featuring a string of top names. Storyteller Yossi Alfi will regale the audience with tales from Jerusalem folklore. Gavri Banai, a member of the iconic comic threesome Hagashash Hahiver, together with his musician son Uri, will take the audience through the streets and alleyways of his childhood neighborhood of Mahaneh Yehuda, with humorous stories about the characters of yesteryear Jerusalem.

Today through Saturday. For info: www.kfarblum-hotel.co.il 6. DANCE: PILO IT ON Famed for its members’ gravity-defying lifts and contortionist-worthy flexibility, the Connecticut-based dance troupe Pilobolus performs a program featuring five new works. Highlights include The Inconsistent Pedaler – a collaboration with Israeli film director Shira Geffen and writer Etgar Keret; On the Nature of Things, performed by dancers balanced on a 60-cm.-wide column; and All Is Not Lost, a collaboration with Grammy-winning band OKGo.

Wednesday through January 26 in Tel Aviv, Jerusalem and Haifa.
Tickets: http:// showtickets.co.il 7. ART: FIVE YEARS AND COUNTING Zemack Contemporary Art is celebrating its fifth anniversary with an exhibition that looks back at the gallery’s achievements over the past five years. The exhibition’s title “40, 30, 20” is derived from its 40 exhibitions, 30 international art fairs and 20 art books and catalogs.Zemack Contemporary Art, 68 Heh Be’iyar, Tel Aviv. Info: www.zcagallery.com

8. ART: INSIDE THE BOX Artspace Tel Aviv presents “Black Box,” an exhibition by Michal Lewit, who specializes in still life, portraits and landscapes.The series of oil paintings on canvas deal with the home and its environment as a main narrative.

Sunday, Tuesday, Wednesday, next Thursday and Saturday at the Charles Bronfman Auditorium in Tel Aviv; Monday at the Jerusalem Convention Center.
Info: www.ipo.co.il or *3766

10. UPCOMING: THE MAGNIFICENT SEVEN Los Vivancos, the popular Spanish dance troupe made up of seven brothers, will perform its latest show, AETERNUM. It tells a good-versus-evil story set in the world of the paranormal and supernatural, with the brothers playing angels, demons and vampires. The choreography combines flamenco with ballet, martial arts and tap dance. The brothers composed the music for the show and perform on stage with the Maszka Band from Budapest.

February 24 through March 3 at venues around the country. Tickets: www.eventim.co.il or *9066
Advertisement
Subscribe for our daily newsletter