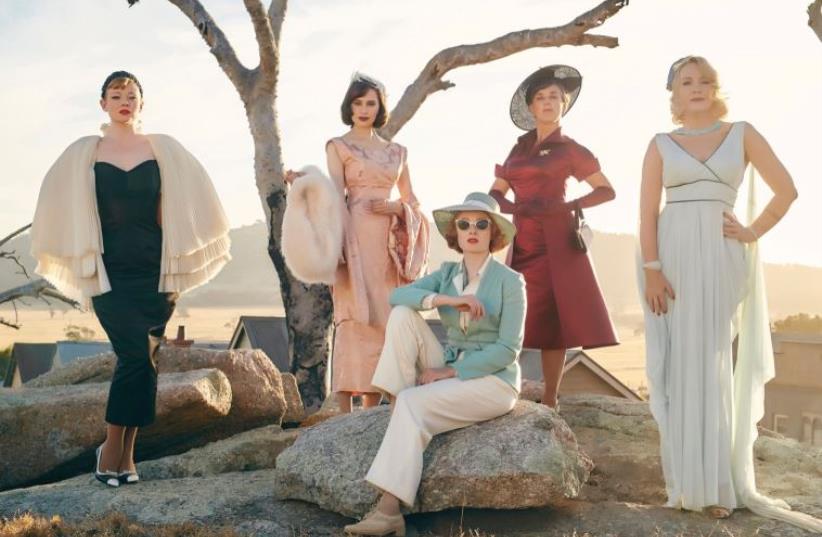 The Dressmaker
(photo credit: PR)
Advertisement
1. FILM: BOXED IN The drama Room is based on the novel by Emma Donoghue. After five-year-old Jack and his mother escape from the enclosed surroundings that Jack has known his entire life, the boy makes a thrilling discovery.With Brie Larson, Jacob Tremblay, William H. Macy, Joan Allen.2. CHILDREN: MY SELFIE & I Every year, the Tel Aviv Museum of Art presents a year-long, interactive exhibition for the whole family. The subject of this year’s show is the concept of the selfie. The exhibition attempts to address important questions relating to this social-media phenomenon. The exhibition includes a range of technology-based activities, such as a system that activates the computers, cameras, touch screens and projectors to respond to one another. Visitors can use their cell phones and post the photographs they produce. The entrance of the exhibition features selfie-based artwork by the duo Muntean/Rosenblum.Tel Aviv Museum of Art. Info: www.tamuseum.org.il 3. ART: GREAT EGG-SPECTATIONS Brazilian-born ceramic artist Martha Rieger’s exhibition “Columbus’ Egg” is on display at Inga Gallery of Contemporary Art in Tel Aviv. The show occupies both rooms of the gallery. One room features an impressive array of glazed and painted ceramic eggs; the other displays assemblages of porcelain fragments. The oval-shaped works range from handful size to gargantuan, some measuring about 1.2 meters tall.Until March 19. Info: www.inga-gallery.com

4. SPORTS: ON YOUR MARKS...The Ein Gedi race, also known as the Shalom Marathon – Dead Sea Half Marathon in memory of Giora and Tomer Ron, attracts local and international athletes, drawn by the breathtaking views, sporting atmosphere and the altitude – the lowest spot on Earth. In addition to the Half Marathon, there is a 10 km. walk and run and a 2 km. race for children. The starting point for all races is the Ein Gedi Spa.Saturday. Info: www.eingedi-run.co.il 5. FESTIVAL: THE WIZARDS OF OZ The annual Australian film festival takes place this Monday through February 18 at the Jerusalem, Tel Aviv and Haifa cinematheques. The festival includes feature films, documentaries and short films. The opening film, The Dressmaker, stars Kate Winslet and Liam Hemsworth.Winslet portrays a femme fatale who, after years of working as a dressmaker in exclusive Parisian fashion houses, returns to her small hometown to right past wrongs.Info and tickets: www.cinema.co.il; jer-cin.org.il; www.haifacin.co.il 6. DANCE: DANCING ON THE WALLS Inbal Pinto and Avshalom Pollack’s acclaimed dance piece Wallflower is performed in the sculpture gallery of the Tel Aviv Museum of Art. It brings together the dancers of the company and Japanese musicians Umitaro Abe, Mayu Gonto and Hirofumi Nakamura.

10. OPERA: SINGING OFF THE BAT Strauss’s Die Fledermaus (The Bat) will be performed by the Budapest Operetta Theatre. The story centers around a lavish masked ball hosted by a Russian prince.The local production will also feature Israeli comedian, actor and singer Israeli Catorza in the role of Frosch.