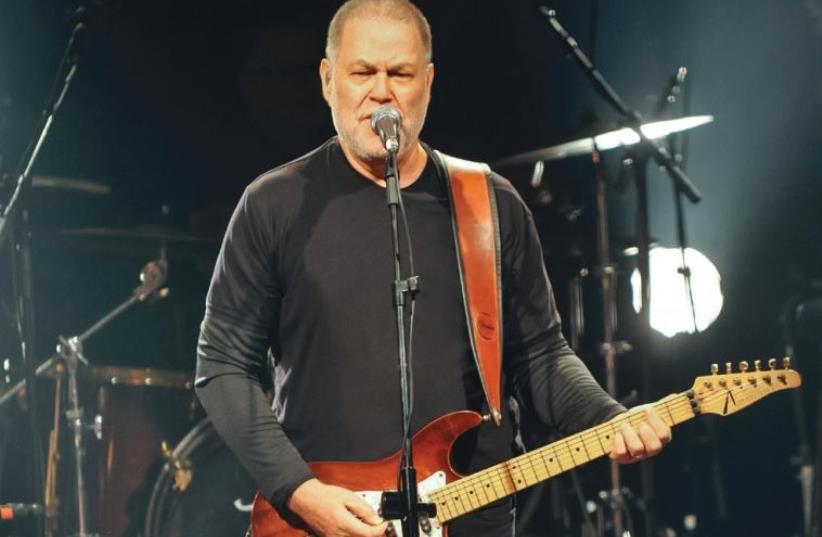 Yehuda Poliker
(photo credit: BENNY DOUTSH)
Advertisement
1. FILM: LIFE AND DEATH IN AUSCHWITZ The Oscar-nominated Hungarian film Son of Saul is set in the Auschwitz-Birkenau death camp in 1944. It follows a Hungarian Jewish prisoner named Saul (Géza Röhrig) who is a member of the Sonderkommando.When Saul discovers the body of a boy he believes is his son, he seeks a rabbi to give the boy a proper burial.2. ART: CARTOON CHARACTERS The Israeli Cartoon Museum presents four new exhibits celebrating Israeli female cartoonists. One exhibit is dedicated to Israel’s first female cartoonist and illustrator Friedel Stern, who died in October 2006, a few weeks short of her 90th birthday. While her cartoons were not political in the usual sense, there was plenty of social criticism implicit in her work, and she used humor to point out social injustice and distorted values.Ongoing at the museum in Holon. Info: www.cartoon.org.il Opens Wednesday until May 6. Info: www.imj.org.il 3. ART: OUT OF AFRICA Benin-based sculptor Georges Adéagbo, a distinctive voice in the contemporary art world since the mid-1990s, has created a site specific installation for the Israel Museum’s Focus Gallery. His floor and wall installations present a network of concepts and associations reflected in materials he collected during extensive stays in Israel and Benin.4. ART: SILENT MUSIC For centuries, members of the Nishiura family have been key figures in the economic, political and cultural life of Japan. Renowned artist Kihachiro Nishiura has been creating Japanese calligraphy for 39 years, an art that he says evolved as an original poetic and spiritual expression that could be called “silent music.” In his works, each line, dot and patch of ink is like a musical note that together create a melody.Tikotin Museum of Japanese Art, Haifa. Info: www.tmja.org.il 5. MUSIC: POLIKER PERFORMSSinger Yehuda Poliker presents a concert that spans his musical career, from the early days of Benzine to his latest solo recordings. The artist, who plays several instruments, combines rock with Greek and other styles.Tuesday at 10 p.m., Reading 3, Tel Aviv. Tickets and info: www.reading3.co.il 6. THEATER: ‘WEST’ COMES EAST The Cameri Theater in Tel Aviv presents the musical West Side Story. This version is directed by Tzedi Tsarfati, with choreography by Avichai Chacham. Meshi Kleinstein (daughter of singers Rita and Rami Kleinstein) stars as Maria in a cast that includes Ido Rosenberg, Rona-Li Shimon, Gilad Shmueli and Yiftach Mizrachi. Hebrew text by Eli Bijaoui; orchestra conducted by Amir Lekner.Opens Wednesday at 8:30 p.m. Tickets and info: www.cameri.co.il 7. IT’S A DATE AACI’s J-Town Playhouse Theater Project presents its English production of First Date. When blind date newbie Aaron is set up with serial dater Casey, a casual drink at a New York restaurant turns into a hilarious high-stakes dinner. As the date unfolds, the couple quickly find that they are not alone on this unpredictable evening. Written by Austin Winsberg and directed by Layla Schwartz.Until March 5 at AACI in Jerusalem. Info and tickets: www.aaci.org.il; (02) 566-1181 8. KIDS: THE CAT’S MEOW The Mediatheque Theater in Holon presents Dr. Seuss’s children’s book The Cat in the Hat. Rhyming his way through the house while balancing cups and tools, Cat turns a cozy home into chaos, where Sally, her brother and their outspokenly cautious pet Fish are amused, astounded and anxious.Hebrew translation by Leah Naor.Opens Saturday at 10:30 a.m. Tickets and info: www.mediatheque.org.il 9. CLASSICAL: WALTZ ON OVER Young pianist Hagai Yodan inaugurates The Recitals, a new piano concert series presented at his studio. Tonight’s concert is based on waltz masterpieces by Chopin, Granados, Ravel, Poulenc and others.It also features premieres of pieces by Israeli composers such as Sharon Farber and Yodan himself.Tonight, 7:45 p.m., 27 Schocken Street (11th floor, loft 8), Tel Aviv. Info and tickets: 054-481-1697 10. MUSIC: TAKING ITS TULL Singer and flutist Ian Anderson, best known for being the frontman of the progressive rock band Jethro Tull, presents his new show Jethro Tull – The Rock Opera. It tells the story of the life of the original Jethro Tull (an English agricultural pioneer whom the band is named after), reimagined as if in the near future and illustrated with Anderson’s bestknown songs from the band’s repertoire, such as “Heavy Horses,” “Farm on the Freeway,” Aqualung,” “Songs from the Wood” and “The Witch’s Promise.”February 24 to 26, Mann Auditorium, Tel Aviv. Tickets: www.eventim.co.il