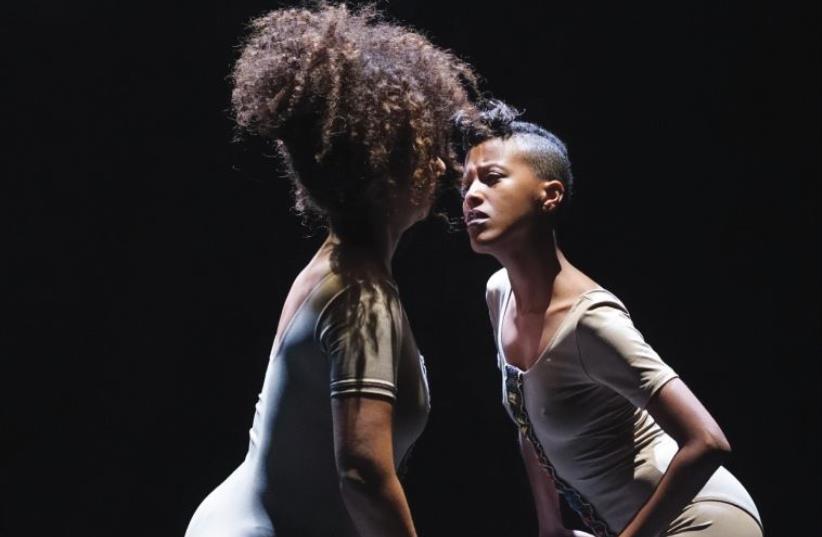 The Beta Dance Troupe
(photo credit: PR)
Advertisement
1. FILM: CALAMITY JANE In the western Jane Got a Gun, a woman asks her ex-lover for help in order to save her outlaw husband from a gang that is out to kill him. With Natalie Portman, Joel Edgerton, Ewan McGregor.

2. ART: STALWART WOMENLocal artist Ruth Schreiber’s latest exhibition “Beyond Rubies” investigates the courage and autonomy of female figures in the Bible and traditional Jewish texts. In a series of photographs, Schreiber shines a light on women such as Sarah, Esther, Tamar, Yael, Rizpah, Zipporah, Rahab and Ruth. The exhibition includes an animation video called 600,000, about the Exodus from Egypt, as well as a huge curtain of silk flowers called Gan Eden Mikedem.

Saturday until May 7 at the Agripas 12 Co-operative Gallery, Jerusalem. Info: www.agripas12gallery.com

3. ART: FROM THE INSIDE OUT The Tel Aviv Museum of Art presents a new exhibition of selected collages by German artist Marcel Odenbach (b. 1953, Cologne). An exhibition of works on paper is not common for Odenbach, who is known internationally for his video work.The large collages focus on the motif of the window, the threshold between the inside and the outside.

4. FESTIVAL: MUSIC IN THE CAPITALThe Yerush-Live Festival is being held at the Jerusalem Pais Arena. The roster of musicians includes Eyal Golan, Avram Tal, Muki, Gidi Gov (pictured), Mosh Ben-Ari, Shlomi Shabat and Rita. Several of the city’s leading restaurants, such as Darna and Hamotzi, will offer some of their signature dishes for NIS 30. Tickets per show NIS 50.

Saturday through next Thursday. Tickets: www.bimot.co.il; *6226

6. CLASSICAL: FUELING THE FLAMENCO FIRELocal conductor and percussion soloist Chen Zimbalista and the Jerusalem Symphonic Orchestra present “Spain, Fire and Flamenco” in the final concert of the JSO’s Classical Revolution series. The special guest performer is Adam del Monte (pictured), one of the leading flamenco and classical guitarists and composers of his generation. The program features works by Arturo Marquez, Joaquin Rodrigo and Manuel de Falla.

7. DANCE: YOU AND IThe Beta Dance Troupe (beta means “house” in Amharic) examines concepts of foreignness and differences between races and cultures in You Are Me but I Am Not You. This work asks how the “I” appears in the eyes of the other. Choreographer Dege Feder draws from the lexicon of movement in Ethiopian dance and Ethiopian cultural metaphors and combines them with fresh contemporary variations.

9. MUSIC: THE JOYS OF JASON American pop sensation Jason Derulo is bringing his hit machine to Rishon Lezion’s Live Park. Derulo burst onto the music scene in 2009 with the tripleplatinum “Watcha Say.” Since then, the singer/dancer has been going strong, producing such hits as “Wiggle” and “In My Head.” Among Derulo’s collaborations are Balkan Beat Box and Snoop Dogg. His current tour is in support of his latest album, Everything Is 4.

10. OPERA: SHAKESPEARE IN LOVE The Israeli Opera presents an adaptation of Shakespeare’s timeless tale of starcrossed lovers in Charles Gounod’s 1867 French opera Romeo et Juliette. The Israeli Opera Chorus and The Israel Symphony Orchestra Rishon Lezion will perform this classic story, which revolves around the doomed love affair of two young people from rival families. Sung in French with English and Hebrew surtitles.April 15 through 30. For dates and tickets: www.israel-opera.co.il
Advertisement
Subscribe for our daily newsletter