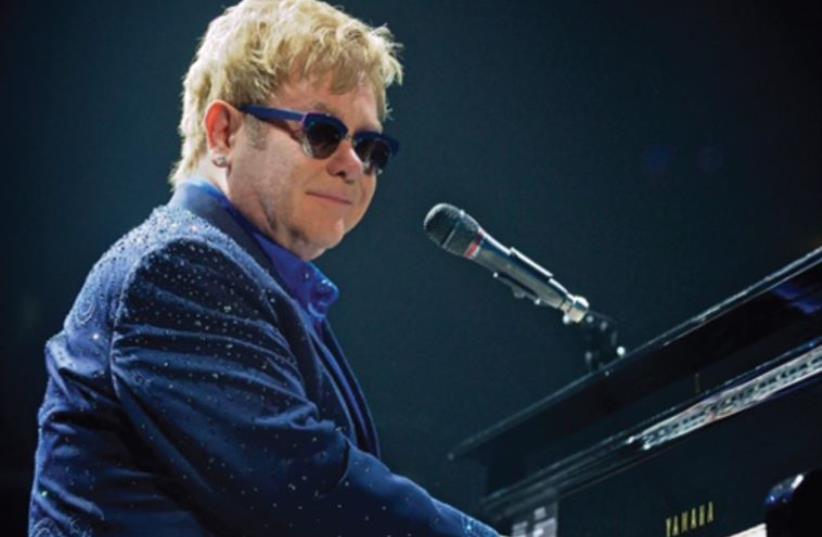 Elton John
(photo credit: ANDREW POTTER)
Advertisement
1. FILMS
AHEAD OF THE GAME
Dev Patel plays mathematics genius Srinivasa Ramunujan, and Jeremy Irons plays his mentor in The Man Who Knew Infinity. The film is based on the true story of Srinivasa Ramanujan Iyengar, who grew up poor in Madras, India, and earned admittance to Cambridge University during WWI, where he became a pioneer in mathematical theories with the guidance of his professor G.H.Hardy.2. WHAT ARE FRIENDS FOR
In the film Demolition, a grieving investment banker returns to work after losing his beloved wife in a car accident. After writing a letter to complain about a vending machine, he receives a phone call from a customer service rep from the company, and the two strike up a close friendship as he finds the strength to rebuild his life.With Jake Gyllenhaal, Naomi Watts.3. TELEVISION SUCCESSFUL SPIN-OFF
The spin-off of NCIS that is set in the Crescent City, NCIS New Orleans, returns to HOT with the second season of this successful crime show. The TV series that focuses on the New Orleans branch of the Naval Criminal Investigative Service featured many guest stars in its first season, making it one of the most popular new TV shows.Saturday night on HOT Zone and Hot VOD 4. MUSIC
CRAZY ABOUT ELTON
Elton John & His Band return to Israel as part of their international tour Wonderful Crazy Night Tour 2016. John’s band, which includes members of his original group – Nigel Olson, Davey Johnston, Matt Bissonette, John Mahon and Kim Bullard – will perform a three-hour show that features all of John’s greatest hits.May 26 at Hayrakon Park, Tel Aviv. Info: *9066; www.eventim.co.il

5 JAKE IS BACK
The Jacob’s Ladder 40th Anniversary Spring Festival will be held on and around the pastoral lawns and beach of the Nof Ginossar Hotel on the shores of the Sea of Galilee, featuring activities such as concerts, workshops, master classes and jam sessions. Among this year’s international guests are Spuyten Duyvil (US), Jason Feddy (US and England) and Tim Isberg (Canada).May 19 to 21. Info and tickets: www.jlfestival.com.6. RAMI & KEREN TOGETHER
Two of Israel’s most popular singer/ songwriters, Rami Kleinstein and Keren Pelles, join forces in a concert that starts off as a piano recital and ends up as a disco party. The two will perform hits from their long careers both together and apart and will introduce new songs they wrote together.

May 21 at the Caesarea Amphitheater. Info and tickets: *9080; zappa-club.co.il.7. SPELLBINDING ‘MACBETH’
The Israeli Opera presents Verdi’s opera Macbeth. In his version of Shakespeare’s play, the composer discarded many of the Bard’s characters and added more witches, creating a spellbinding story with his grandiose music.The international cast includes Lucio Gallo and Vittorio Vitelli as Macbeth; Maria Pia Piscitelli and Ira Bratman as Lady Macbeth; and Riccardo Zanellato and Gocha Datusani as Banquo. The conductor is Emmanuel Joel- Hornak.May 17 to 29 at the Opera House in Tel Aviv 8. SONGS AND MORE
Daniel Kawka will conduct a concert with the 21st Century Ensemble, featuring acclaimed baritone Dietrich Henschel, who will perform Five Neapolitan Songs by Hans Werner Henze with pianist Naaman Wagner. Also on the program are Pierre Boulez’s Incises for piano solo and Edison Denisov’s Symphony No. 2.

May 28 at the Tel Aviv Museum of Art and May 29 at Mishkenot Sha’ananim in Jerusalem 9. MIXED BAG SPRING IN RISHON
The Rishon Lezion International Spring Festival celebrates its 17th anniversary with more than 300 performers. Among the original productions are Carmina Extravaganza with the Bolshoi Ballet dancers; Israel Opera soloists; three choirs and the Haifa Symphonic Orchestra with conductor Gil Shohat; Brazilian singer Tania Maria; and White Swan with the Israeli Ballet.

May 19 to 24. Info and tickets: (03) 948-8666 10. THEATER MOONWALK IN TEL AVIV
The hit musical Thriller Live, which tells the story of Michael Jackson, comes to Israel for eight performances. The award-winning musical brings to life Jackson’s famous tunes and moves, including his unique moonwalk.