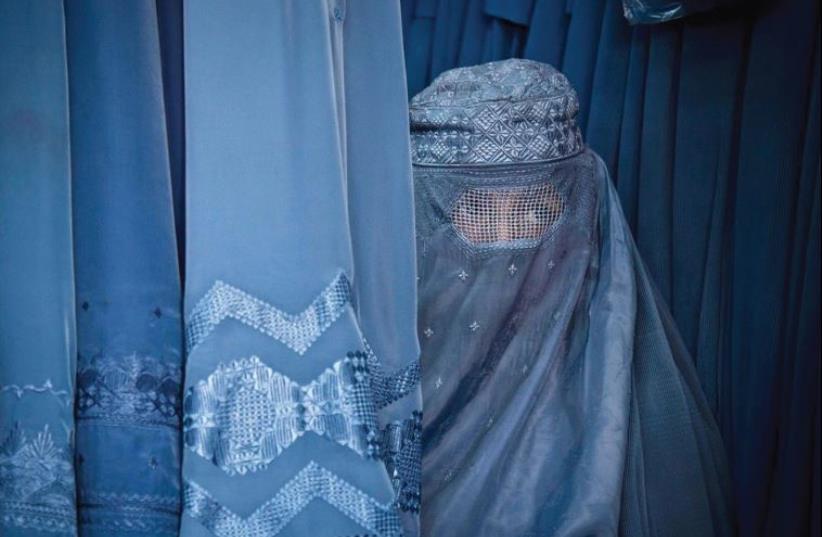 The Museum on the Seam’s exhibition “My Beloved Afghanistan,”
(photo credit: ANJA NIEDRINGHAUS)
Advertisement
1. BACK IN THE SADDLEJesse Eisenberg, Mark Ruffalo, Woody Harrelson, Morgan Freeman and Michal Caine star in the sequel Now You See Me 2. One year after outwitting the FBI and winning the public’s adulation with their Robin Hood-style magic spectacles, The Four Horsemen resurface for a comeback performance, after they are forcibly recruited by a tech genius to pull off their most daring heist yet.2. EDUCATIONAL FESTIVALThe diverse TLV International Student Film Festival features competitions for Israeli and international student films, as well as a competition for independent short films. This year, the distinguished guests from Israel and abroad include David Gordon Green and Michel Hazanavicius (pictured).June 9 to 16 at the Tel Aviv Cinematheque. For more information, go to www.taufilmfest.com.3. Scintillating show French choreographer Mourad Merzouki and his company Käpig present their new work Pixel, which has been receiving rave reviews worldwide.The urban show combines virtuoso hip hop dance with 3D video art, as well as theater and circus pyrotechnics.June 14 to 18 at the Herzliya Performing Arts Center. For tickets, call 1-700-70-2929.4. BIG IN JAPAN Design Museum Holon presents the world premiere of In the Shadow, a Caesarstone marble sculpture by Oki Sato (pictured), head designer of the Nendo design studio in Japan. The new work, which was made for the museum, is part of a retrospective exhibition of Sato’s work.Until October 30 at the Design Museum Holon; www.dmh.org.il 5. THROUGH HER EYES The Museum on the Seam’s exhibition “My Beloved Afghanistan,” curated by Gisela Kayser of Berlin, displays the last photos of Pulitzer Prize-winning photojournalist Anja Niedringhaus, who was assassinated while in Afghanistan. Her pictures tell the compelling stories of Afghani women, presenting a voice that is often not heard.Until October 1 at the Museum on the Seam in Jerusalem.6. ITALIAN JAZZTwo performances by Italian jazz stars in one special evening. The renowned Roberto Gatto Quartet will pay homage to Miles Davis, and pianist Roberto Tarenzi and his trio will perform in the second half of the evening.June 18 at the Zappa Club, 24 Raoul Wallenberg St., Tel Aviv; *9080 7. RAGGAE IN THE DESERT The first edition of the Oasis Reggae Festival is taking place near Arad. The roster includes international and local artists such as Johnny Osbourne, Ziggi Racado, Skarra Mucci, Mista Savona, Los Caparos and Jah Bless.The festival features many activities as well, such as camel riding, activities for kids, and stalls that sell second-hand items, records and musical instruments.All the food at the festival is vegetarian.Today (Friday) and tomorrow in Kfar Hanokdim, Arad 8. STRAIGHT FROM SEATTLELeading folk artist Damien Jurado will perform in Tel Aviv. The folksinger and songwriter from Seattle, who started his career in the late 1990s, has released 14 studio albums to date. Jurado will present songs from his latest album, Visions of Us on the Land.Tonight (Friday) at 8:30 p.m. at the Barby Club in Tel Aviv 9. THE HILLS ARE ALIVEThe biannual vocal music festival returns to Abu Ghosh near Jerusalem, bringing a host of concerts that take place in the Kiryat Ye’arim Church, as well as The Crypt. The concert by the Gary Bertini Chamber Choir, conducted by Ronen Boroshevsky, features Latin songs and spirituals. On the program are works by Dvorak, Brahms, Rachmaninov, Villa Lobos and Carlos Jobim.Sunday at 11:30 a.m. at the Kiryat Ye’arim Church in Abu Ghosh10. BOOKS FOR LESSHebrew Book Week opens around the country on Thursday, offering Israelis a chance to buy books at reduced prices. There will also be many musical events and other activities such as kids’ shows, book signings and story telling.June 15 to 25 at more than 40 locations around the country, such as Rabin Square in Tel Aviv; The First Station in Jerusalem; and Beit Sapir Square in Kfar Saba.