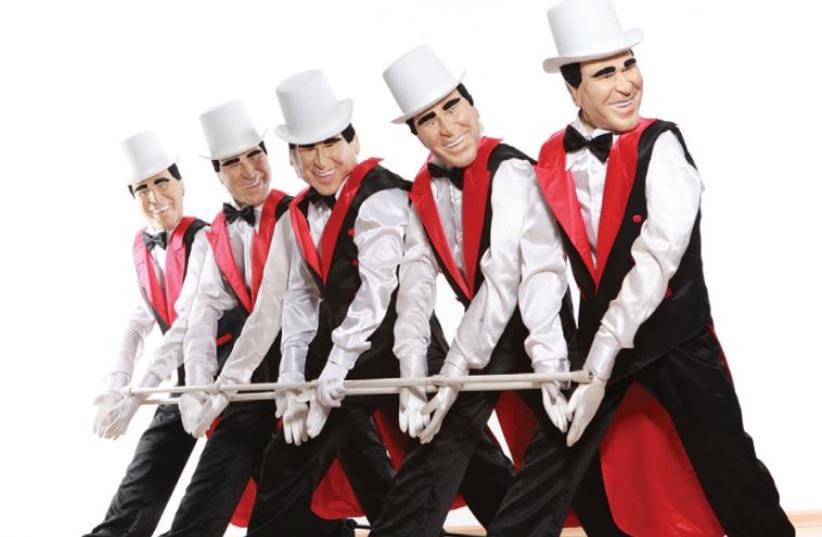 The 19th International Puppet Theater & Film Festival
(photo credit: PR)
Advertisement
1. A DECLARATION OF INDEPENDENCE Set during the Civil War, the film Free State of Jones tells the story of defiant Southern farmer Newt Knight and his armed rebellion against the Confederacy. Banding together with other small farmers and local slaves, Knight launched an uprising that led Jones County, Mississippi, to secede from the Confederacy, creating a Free State of Jones. Knight continued his struggle into Reconstruction, distinguishing him as a compelling figure of defiance long beyond the war. With Matthew McConaughey, Gugu Mbatha-Raw, Mahershala Ali. 2. SPANISH SERENADE This weekend, the Israel Camerata Jerusalem brings the sounds of Spain to the capital. The two-day festival features performances of Rodrigo’s Concierto de Aranjuez, De Falla’s “El Amor Brujo,” flamenco dancing by the Hugo Sanchez Flamenco Ensemble, and zarzuelas conducted by Miguel Ortega, performed by mezzo-soprano Marisa Martins, tenor Xavier Moreno and guitarist Jose Antonio Escobar. The opening and closing concerts will also feature the orchestra.

Opening concert July 22 at 1 p.m. at the YMCA, 26 King David St., Jerusalem. For tickets call 1-700-552-000.3. MULTICULTURAL OPERA The Israeli Opera Festival in Acre will open next weekend with a fully staged production of Mozart’s The Abduction from the Seraglio, with a cast of international singers, performed in the Crusaders’ Court. Other events include Latino Ladino, music from East to West, performed by Yaniv d’Or and the Barrocade and NAYA ensembles. With soprano Hila Baggio and conductor Ethan Schmeisser.July 28 to 30, Old Acre. Opening performance July 29 at 9 p.m. For details, go to www.opera.co.il.4. HITTING THE HIGH NOTE The Josef Žamboki Jerusalem Vocal Arts and Opera Masterclasses and Competition will open July 28, offering a rich program of concerts and open masterclasses, as well as a production of a new opera by Israeli composer Israel Sharon and a production of Mozart’s The Magic Flute.IASA Concert Hall, 1 Chaim Kolitz Rd., Givat Masua, Jerusalem. July 28 to August 6. For tickets and information, call 050-205-7951.5.YOUNG AND RESTLESS British musician Joss Stone will perform in Tel Aviv this week. The superstar began her career at 15, recording her album The Soul Sessions in 2003. The singer/songwriter has collaborated with top artists such as Dave Stewart and Mick Jagger and has performed onstage with the likes of James Brown, Gladys Knight, Solomon Burke, Blondie, Smokey Robinson and Melissa Etheridge. She has contributed to albums by Jeff Beck and Ringo Starr, played the Super Bowl pre-game show, performed at the Grammys and has won a Grammy herself.July 25 at 9 p.m. at the Barby Club, Tel Aviv. 6. SPREADING THE LIGHT As part of his World Luminosity Tour, multi-Grammy winner Carlos Santana will be perform in Tel Aviv. The guitar virtuoso returns to Israel for the first time in 29 years after a cancellation in 2010 left fans very disappointed.July 30 at 8 p.m. at Hayarkon Park, Tel Aviv. Tickets: eventim.co.il.7. FOR REGGAE LOVERS Jamaican band Inner Circle returns here after 20 years. The band is responsible for hits such as “Bad Boys” and “Sweat (La La Long).”

July 27 at the Barby Club, Tel Aviv.8. PUPPETS AND MORE The 19th International Puppet Theater & Film Festival opened last night in Holon and will continue for 10 days.Organized by the Israel Puppet Center, the festival includes dozens of shows for children and adults, exhibitions, movies, outdoors workshops and much more, all taking place around the Israeli Puppet Center complex and Peres Park Holon. Don’t miss the hand-shadow performance of Saint Saens’s Carnival of the Animals (Britain).

For a full program and tickets, go to www.bubot.net or call (03) 651-6848.9. GREAT IMPRESSIONS The Tel Aviv Museum of Art has opened a new exhibition, presenting works from the Simon and Mary Yaglom Collection of Impressionist and Post- Impressionist art. This is a wonderful opportunity to see works by masters such as Monet, Pissarro, Modigliani, Matisse, Chagall and many more in the newly renovated hall.Ongoing, Tel Aviv Museum of Art. 10. FOREVER YOUNG The subject of a new exhibition at Beit Hatfutsot is Bob Dylan. Considered one of the most influential Jewish musicians of our times, he is included on Time Magazine’s list of 100 most important people of the 20th century. The exhibition presents Dylan’s enigmatic personality via videos, films, photographs, posters and a lot of music.

Beit Hatfutsot: The Museum of the Jewish People, Tel Aviv.