Your guide for entertainment, culture and fun in the week to come! 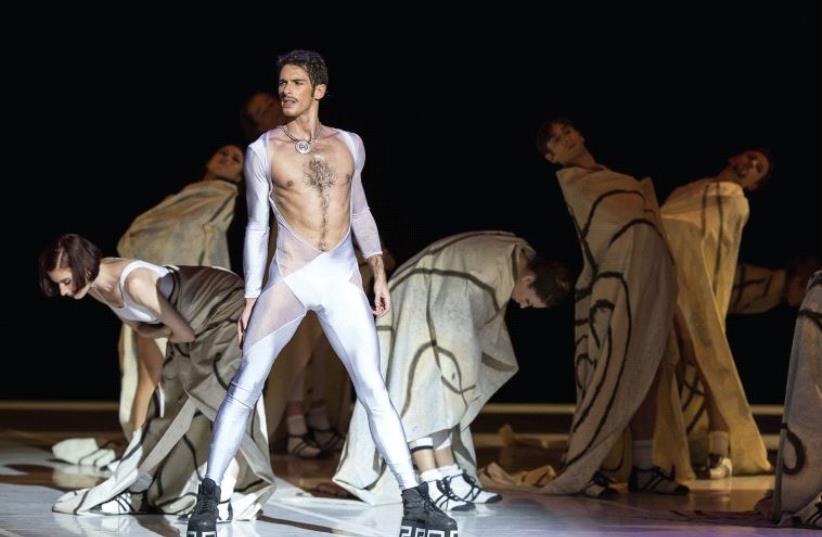 The Béjart Ballet Lausanne
(photo credit: GREGORY BATARDON)
Advertisement
1. LOCKED AND LOADED The remake of John Sturges’s memorable film The Magnificent Seven might be considered sacrilege, except that the 1960 picture was itself a remake. Sturges transposed Akira Kurosawa’s 1954 masterpiece Seven Samurai from Japan to Mexico, with a septet of sharpshooters hired to protect a peasant village from rampaging bandits. In Fuqua’s remake of the 1960 classic, greedy industrialist Bartholomew Bogue seizes control of the Old West town of Rose Creek to mine for gold. The desperate residents turn to bounty hunter Sam Chisolm for help and he recruits an eclectic group of gunslingers to take on Bogue and his henchmen. With a deadly showdown on the horizon, the seven mercenaries soon find themselves fighting for more than just money. With Denzel Washington, Chris Pratt, Manuel Garcia-Rulfo, Ethan Hawke.
2. THRILLING NEWSSci-fi lovers will be thrilled with the new television series Westworld, a series based on the 1973 film of the same name, written and directed by Michael Crichton. Described as “a dark odyssey about the dawn of artificial consciousness and the future of sin,” the series tells the story of a futuristic theme park called Westworld. The stellar cast includes Anthony Hopkins and Ed Harris.Starting October 3, the series will air on Mondays at 4 a.m. and 10 p.m. on HOT Plus and HOT VOD.
3. FOND MEMORIES For her first solo exhibition in Israel, artist Michal Baratz Koren is exhibiting a series of photographs under the title “Mayne Tayere,” driven by a longing for her childhood, for stories her grandparents had told her, for the flavors and aromas that accompanied her life. With sensitivity and compassion, she rummages through memories, gathers pieces of information, explores and interviews and re-arranges the puzzle of images which she stages into multi-layered and elaborate mise-en-scènes.Zemack Contemporary Art, 68 Hey be’Iyar St., Tel Aviv
4. DIVAS AND DANCERS Idan Cohen Dance Company presents I Capuleti e i Montecchi (The Capulets and the Montagues), a danceopera based on Vincenzo Bellini’s music and Felice Romani’s libretto. In this version of Shakespeare’s Romeo and Juliet, the Capuleti and Montecchi are rival political factions. The international production is a collaboration between members of the American Amherst Symphony Orchestra conducted by Mark Lane Swanson and the Israeli-based Idan Cohen Dance Company. The roles of Romeo and Juliet are performed by two of Israel’s leading female opera singers, Karin Shifrin and Anastasia Klevan.September 29 at 9 p.m. and September 30 at 2 p.m. at the Tel Aviv Museum of Art, Asia Hall. Tickets: 052-871-6861.
5. THE ART OF BÉJART The Béjart Ballet Lausanne is performing in Israel after a long absence, beginning October 4. The company will present two programs. The first features Maurice Béjart’s seminal work Ballet for Life. Premiered in 1997, the work features 37 dancers. The second program is a mixed evening featuring three short works by Béjart – Piaf, Bhakti III and Bolero – and one by Gil Roman. They all represent important moments in Béjart’s creative arc.From October 4 at the Opera House, Tel Aviv
6. A MAGNIFICENT FLOPIsrael Musicals presents Mel Brooks’s hilarious play The Producers, starring Howard Schechter as Max Bialistok, Shai Amoyal as Leo Bloom and Meital Segal as Ula. Director: Yisrael Lutnick. No show has ever won as many Tony awards. Telling the story of an unlikely pair of producers who figure they can make more money with a flop than a hit, Brooks gives us a masterpiece of farce, with infectious tunes such as “Keep It Gay,” “I Wanna Be a Producer” and, following in the spirit of Charlie Chaplin, “Springtime for Hitler.”September 27 at 8 p.m. at Beit Nir, Zichron Ya’acov; October 9 at 8 p.m. at Machsan 2, Jaffa. For tickets and info about more shows, call 077-450-6012.
7. BODY ART A new exhibition at the Eretz Israel Museum, “The Human Body As a Work of Art,” focuses on the roots of the art of tattooing. It deals with the history of the art of tattoo and presents the diverse contemporary artistic styles in Israel and abroad. It also displays the work of tattoo anthropologist and photographer Lars Krutak. The exhibition devotes a large section to contemporary tattoo art and the Israeli tattoo community as it is captured in the lens of Kaakooa Project, alongside works of other artists and photographers in Israel and abroad.Opens October 10, Eretz Israel Museum, Ramat Aviv, Tel Aviv.
8. YOUTUBE AT TAMA “Kutiman: offgrid offline” is the first exhibition in an Israeli museum to present musician Kutiman. The exhibition showcases his work offgrid and examines his 2009 web project ThruYOU, for which he developed his unique audiovisual language. The work raises questions about using shared media for art, creative freedom and the dissemination of art.Curator: Tal Lanir Until January 7, Tel Aviv Museum of Art, Laurence Graff Contemporary Art Gallery Herta and Paul Amir Building
9. JEWISH LIFE IN VENICEAn ongoing exhibition at the Israel Museum, “Venetian Splendor: Marking 500 Years of the Venice Ghetto,” commemorates the world’s first ghetto, established in Venice 500 years ago. The display showcases elaborately decorated silver objects such as Torah crowns and finials and an ornately embroidered silk velvet Torah curtain, on view for the first time. At the center of the display is the Baroque style Vittorio Veneto synagogue, which reflects the cultural environment of Venetian places of worship, capturing their age-old essence and majesty.Israel Museum, Jerusalem
10. BARBARA HENDRICKS SINGS MOZART The first six concerts of the Israel Netanya Kibbutz Chamber Orchestra, starting September 23 in venues throughout the country, present a grand opening of the orchestra’s 46th season. The first program features soprano Barbara Hendricks in a program of Mozart’s most well-known arias, as well as Paul Ben-Haim’s Music for Strings; Beethoven’s Symphony No. 8; and Berlioz’s Les nuits d’été.For tickets and dates, call *5331; 077- 466-1766.
Advertisement
Subscribe for our daily newsletter