Your entertainment and culture guide for the week to come. 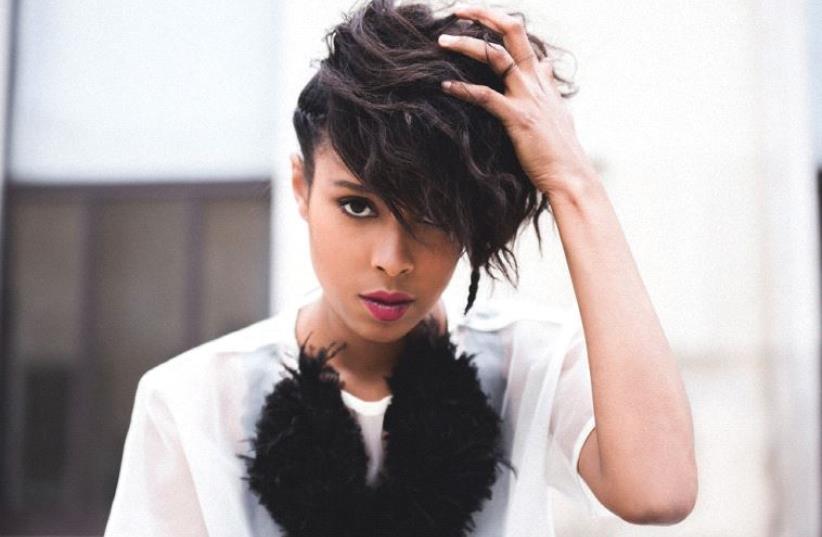 Ester Rada
(photo credit: LUCIE SASSIAT)
Advertisement
1. DANTE’S CODE In Ron Howard’s new film Inferno, based on the novel by Dan Brown, a famed symbologist, Robert Langdon, follows a trail of clues connected to the great medieval poet Dante.When Langdon wakes up in an Italian hospital with amnesia, he teams up with Sienna Brooks, a doctor he hopes will help him recover his memory. Together, they race across Europe and against the clock to thwart a deadly global plot. With Tom Hanks, Felicity Jones.
2. FOR BETTER OR WORSEIn the new TV comedy/drama series Divorce, Sara Jessica Parker plays Frances, a long-married woman living in the suburbs who has cheated on her husband, Robert (Thomas Haden Church). Eighteen years after Carrie Bradshaw’s ebullient debut on Sex and the City, Frances is introduced to the viewer as a disenchanted and disengaged woman on the verge of a life-altering event.Starts October 12 on HOT Plus on Wednesdays at 10 p.m. and free on HOT VOD.
3. PASSPORT TO PASSION The colorful dance extravaganza Passage to Bollywood opens next week at the Suzanne Dellal Center, taking the audiences on an authentic cultural tour of India. Risking all and sacrificing true love, Passage to Bollywood is not just a show but a monsoon of emotion that brings the fire, heat and desire of Indian folk dance directly to the heart of Israel. Written, choreographed and directed by Ashley Lobo, one of Bollywood’s most creative talents, who brings this spectacular theatrical event to life.Seven performances from October 10 to 14. Suzanne Dellal Center, Tel Aviv. Tickets and information: (03) 510- 5656
4. TRUE OR FALSE? False pretenses, dubious provenance, fakes and copies, takeoffs, replicas and homages are all addressed in “Fake?” an intriguing new exhibition at the Tel Aviv Museum of Art. The exhibition examines forgeries in the fields of art, fashion, history, literature, religion and archeology. At the center of the exhibition are fakes by notorious Dutch art forger Han van Meegeren (1889– 1947), who made paintings in the style of Vermeer and passed them off as originals. Curator Dr. Doron J. Lurie.

Ongoing at the Tel Aviv Museum of Art
5. ALL ABUZZ

As part of the 19th Israeli Music Festival, Yoav Talmi will conduct a concert with the Jerusalem Symphony Orchestra IBA, the Ankor Choir and the Philharmonic Choir. On the program are Yedidia Admon’s oratorio Song of the Bee; Yoav Talmi’s Feelings (Animi Motus); and Shlomo Gronich’s Flute 3000 for flute and orchestra. With flutist Noam Buchman and mezzo-soprano Bavat Marom.October 8 at 9 p.m., Jerusalem Theater. Free entry, but tickets should be reserved in advance.
6. A PHILHARMONIC FESTIVITY As part of the 19th Israeli Music Festival, the Israeli Philharmonic Orchestra will perform a concert of pieces by the forefathers of Israeli classical music. In the concert, called Philharmonic Festive, the orchestra will perform If This Is a Man for voice and orchestra by Zvi Avni; Yizkor by Paul Ben-Haim; and Symphony (1953) by Sergiu Natra. With soprano Sharon Rostoff Zamir and violinist Itamar Zorman. Conductor: Uri Segal October 9 at 8:30 p.m., Jerusalem Theater. Free entry, but tickets should be reserved in advance.
7. THE QUICK AND THE DEAD Alfred Gallery, a cooperative institute for arts and culture, presents a double exhibition with works by Ahia Canna and Elianna Renner titled “Washing the Dead.” Canna’s exhibit is a sculptural installation composed of five human-height objects made of ceramics. In a screening room, Renner exhibits a four-channel video installation, La Organizacion, which focuses on an abandoned Jewish cemetery in Buenos Aires.Opening: October 15 at 8 p.m., Alfred Gallery, 5 Simtat Shlush, Tel Aviv
8. FRENCH CHARM Gabriel Fauré’s classical piece The Requiem will be performed by the Ichud Choir in Zichron Ya’acov. “I composed my Requiem just for the sheer fun of it,” Fauré wrote to a friend. Indeed, it is a delightful work, full of French charm and decorum, mysterious and profound, its beauty enlivened by the organ accompaniment. Also on the program are Mozart’s Ave Verum Corpus and additional a cappella works.October 17 at 11:30 a.m., Elma Hall, Zichron Ya’acov, (04) 630-0111
9. MAJESTIC SUNRISE CONCERTS The annual Tamar Festival near the Dead Sea is one of Israel’s largest music festivals, featuring some of the country’s best musicians in the powerful setting of Masada. This year’s roster includes artists such as Yehudit Ravitz, Ester Rada, Balkan Beat Box and Kutiman with Princess Shaw. The sunrise concerts at the archeological site atop Masada feature the likes of Shalom Hanoch and Barry Sakharof, and there is a free concert at Kibbutz Ein Gedi. The daily events include hikes and tours, as well as children’s activities.

Tony Levin, who was the bass player of King Crimson, will perform here as part of Stick Men, a progressive rock band that consists of Levin, Pat Mastelotto and Michael Bernier. The band performs almost exclusively with sticks and drums. The trio will perform in Israel as part of their tour launching their sixth album, Prog Noir, a progressive avant-garde rock album. The trio will also play songs by King Crimson and their version of Igor Stravinsky’s Fire Bird.October 19 at 8:30 p.m., Barby Club, Tel Aviv. tickets.barby.co.il.
Advertisement
Subscribe for our daily newsletter