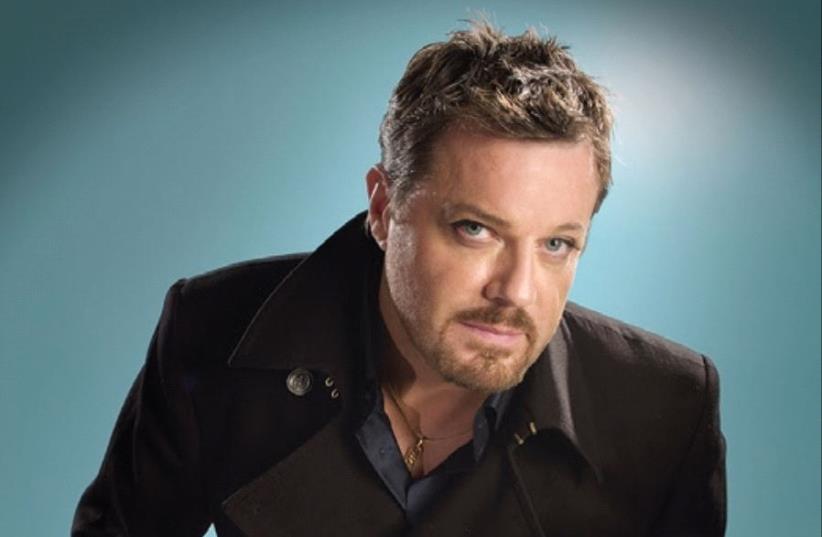 Renowned British stand-up comedian and actor Eddie Izzard
(photo credit: PR)
Advertisement
1. HIT THE ROAD CHiPS, the film adaptation of the 1970s/’80s TV series, stars Dax Shepard and Michael Pena as a pair of California Highway Patrol officers who find themselves in a difficult situation when a sadistic ex-cop and his carstealing cronies wreak havoc in Los Angeles. With Kristen Bell, Vincent D’Onofrio, Maya Rudolph, Adam Brody.2. REWRITING HISTORYThe new TV series SS-GB is a BBC drama set in a dystopian world that envisions what life would have been like if the Nazis had won the Battle of Britain. The chilling series presents an alternative universe where the king has been taken prisoner and Winston Churchill is assassinated. Based on Len Deighton’s 1978 novel, it stars Sam Riley and Kate Bosworth.3. KEEPING THE LIGHTS ONWhen Jeff Lynne decided to pull the plug on Electric Light Orchestra, the 1970s chart-topping orchestral-rock band of which he was the co-founder, vocalist and songwriter, the rest of the band still wanted to continue. For 30 years, that splinter group – first as ELO Part II and now The Orchestra – has found a loyal audience that wants to hear their songs such as “Evil Woman,” “Strange Magic,” “Livin’ Thing,” “Do Ya” and “Sweet Talkin’ Woman.” Catch them when they perform in Haifa, Tel Aviv and Jerusalem.Thursday through next Sunday around the country. For more info and tickets: www.eventim.co.il4. WEARING IT WELL English on Stage’s Little Black Dress is an energetic theatrical performance that celebrates women through fashion and song. Premiering in 2015, the popular production fuses original comedic acts with unique renditions of hits by iconic female music artists such as Aretha Franklin, Whitney Houston, Adele, Cher, Beyonce, Billie Holiday and Celine Dion.Saturday, 9 p.m., Habima Theater, Tel Aviv. For tickets: http://englishonstage.co.il5. SPRING HAS SPRUNGThe international Musical Spring Festival at Kibbutz Kfar Blum offers a weekend of classical concerts, lectures and master classes featuring local young musicians and compositions. Artists include violinist David Radzynski and cellist Zvi Plesser (pictured) performing works by Mozart, Brahms and Beethoven. There will also be a concert by cellist Maya Belsitzman and drummer Matan Ephrat.Thursday through next Saturday. Tickets and info: http:// tickets.galil-elion.org.il6. HOLY CITY SOUNDSMusic from Jewish, Christian, Armenian and Arab sources is represented at Jerusalem’s Sounds of the Old City Festival. Musicians play a sampling of Jerusalem’s endemic music in various venues in all four quarters of the Old City, giving listeners a feel for Jerusalem’s 3,000-year-old history within the Old City’s intricate passages and open courtyards. The festival consists of solo and group performances such as Dikla, Riff Cohen and Yasmin Levy, as well as multimedia screenings. Free of charge.Monday through Thursday. Info: http://en.sounds-ofjerusalem.org.il 7. A FORCE TO BE RECKONED WITHRenowned British stand-up comedian and actor Eddie Izzard is bringing his record-breaking world tour Force Majeure to the Shlomo Group Arena in Tel Aviv on March 30. Once referred to by John Cleese as the “Lost Python,” Izzard presents unique, tangential, absurd and surreal comic narratives that are lauded for their creativity and wit, earning him a New York Drama Desk Award and two Emmys for Dress to Kill among others. In Force Majeure, Izzard takes ideas and situations and extrapolates them into bizarre comic narratives, with topics that range from Darth Vader and Greek mythology to human sacrifice and chaos theory.Tickets NIS 150 to NIS 300. For more info and tickets: *9080 8. JUST PLAIN LUCKYOne of the finest blues guitarists of the modern era, Lucky Peterson will be gracing our stages for three concerts. Born in Buffalo, New York, Peterson played his first gig at age three. By the time he was five, he had already recorded his first single, produced by the legendary Willie Dixon. The 52-year-old guitarist is renowned for his wide range of sounds but most notably for his contemporary blues, fusing soul and R&B.Zappa clubs in Tel Aviv (Thursday), Herzliya (March 24) and Jerusalem (March 25). www.zappa-club.co.il 9. BIRDS OF A FEATHER Eilat plays host to the 11th annual International Spring Migration Festival. The program is timed to coincide with the peak week of Israel’s spring migration of birds. Activities include free guided daily tours to the best birding spots in the southern Arava, a hands-on ringing demonstration, and bird identification workshops in the field.Sunday through March 26. For more info: www.birds.org.il 10. BEHIND THE LENSBeit Hatfutsot’s new exhibition “Capturing History: The Photography of Chim” captures the lifework of legendary photojournalist David Seymour, aka Chim. As a pioneer of the golden age of political photojournalism, Chim captured both stunning and shocking scenes from the Spanish Civil War, WW II, and the inaugural years of the State of Israel to help form a collective memory of the 20th century. The exhibition features 100 original prints of his works, including black & white prints, color works that have never been presented to the public before, and personal items from Chim’s estate.Opens March 29, Beit Hatfutsot, Tel Aviv University Campus. www.bh.org.il