This spin-off of The Lego Movie features the voices of Will Arnett, Michael Cera, Rosario Dawson, Zach Galifianakis and Ralph Fiennes. 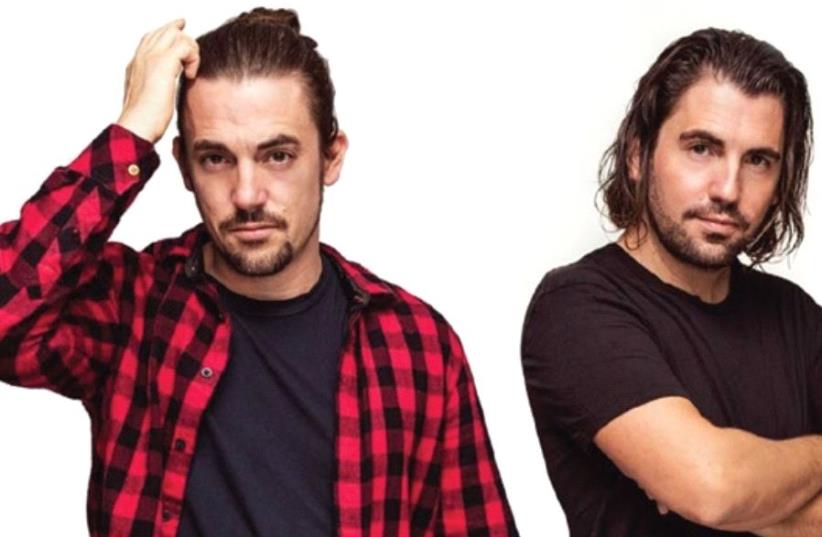 In The LEGO Batman Movie, Bruce Wayne, aka Batman, defends Gotham City from criminals and supervillains while bonding with a young orphan he accidentally adopted – who eventually becomes his sidekick Robin.This spin-off of The Lego Movie features the voices of Will Arnett, Michael Cera, Rosario Dawson, Zach Galifianakis and Ralph Fiennes.

2. WHO YOU GONNA CALL? Better Call Saul, the critically acclaimed prequel to the TV series Breaking Bad, returns for its third season. The new season will continue to follow the twists and turns of Jimmy McGill (Bob Odenkirk) on his devolution toward Breaking Bad’s Saul Goodman – Albuquerque’s most notorious criminal lawyer. Emmy-nominated Giancarlo Esposito reprises his role as drug kingpin Gus Fring.Starts Wednesday at 10 p.m. on HOT HBO and HOT VOD 3. BROTHERLY BEATS The DJ brothers Dimitri Vegas and Like Mike return to Tel Aviv to blow the house down. The Belgian sensations have become highly sought after rising to critical acclaim in 2012. They have performed alongside many of the biggest DJs in the world and remixed for many of the world’s top singers, such as Lady Gaga and Jennifer Lopez. The duo will be joined by guest Lost Frequencies.Tuesday, 8:30 p.m., Live Park, Rishon Lezion. For tickets: www.zappa-club.co.il 4. SABRA SOUNDS The Yemei Zemer (Days of Song) festival returns to the Holon Theater during the week of Passover, presenting four days of events with some of Israel’s top performers. The varied program includes a concert dedicated to the songs of the late Israeli composer and musician Nachum Heiman, as well an evening of Hebrew theater songs. The rest of the festival agenda reads like a roll call of the leading figures of the Israeli pop and rock industry, such as Tislam, Berry Sakharof and Mika Karni.Wednesday through next Saturday. For more info: www.hth.co.il 5. PLAY IT UP Theater lovers can look forward to TheaterNetto, an international theater festival taking place in Old Jaffa, as well as at the Acre Theater Center and within the Crusader Fortress of Old Acre. The heart of TheaterNetto is a competition, but guest plays, theater for children, the student-mounted Hyde Park performances outside, and various arts events throughout Old Jaffa have been added over the years. There are eight original plays in competition.In Hebrew.Wednesday through next Friday in Acre. Thursday through next Saturday in Old Jaffa.6. SET IN STONEEvery year during Passover, the town of Ma’alot in the Upper Galilee hosts the Stone in the Galilee Symposium at Lake Monfort. This special event hosts sculptures from Israel and abroad. Not only do sculptors vie for the first place award, but they also compete to have their work of art placed in the most prestigious parts of the city. Surrounding the lake there are kiosks and activity booths for visitors to engage in, as well as boating on the lake.Wednesday through next Friday. For more info: www.maltar.org.il 7. FREE FOR ALL Entrance to 36 museums and attractions around the country will be free of charge from April 12 through 16 as part of a Bank Hapoalim initiative during hol hamoed Passover. Among the free sites are the Bible Lands Museum and the Botanical Gardens (pictured) in Jerusalem; the Tel Aviv Museum of Art; the Design Museum Holon; the Haifa Zoo; and Lahav’s Joe Alon Beduin Culture Museum.For the full list of participating venues, visit www.bankhapoalim.co.il 8. HOLIDAY SCIENCEIn light of the Passover vacation and the arrival of spring, children and their parents are invited to enjoy a wealth of workshops and tours on the topics of flowers, insects and everything in between at the Bloomfield Science Museum Jerusalem. Museum visitors will be welcomed by an upside- down hanging tapestry composed of thousands of huge paper blossoms – an exhibit by artist Nurit Greenberg.Other highlights include a hypnotic dance show by the award-winning Clipa Theater and the 3-D film Wings of Life by Disney Nature.For more info: www.mada.org.il 9. PHARAOH FUN The Israel Museum presents some special Passover activities for children that recreate the times that the pharaohs of Egypt ruled the Land of Israel (then called Canaan). Kids will receive audio guides and brochures and can participate in a workshop to learn how to write their names in ancient Egyptian. Entrance and participation is free .Tuesday through April 18. For more info: www.imj.org.il 10. THE GOLDEN AGE RETURNSFor the fifth consecutive year, the city of Ashdod will host The Golden Age Festival during hol hamoed Passover from April 12 to 15. Inspired by the Spanish Golden Age, the festival aspires to deepen the connection between the Jewish musical traditions of the East and West. More than 120 performers will participate in the festivities taking place in venues throughout the city. Among the musicians are Diklon and Sagiv Cohen, Yishai Levy and Ester Rada (pictured). Two shows will pay tribute to Sami Almagribli and Ahuva Ozeri, who passed away last year.For more info: www.torhazahav.co.il