It’s pedal to the metal once again in the film Fast & Furious 8 as a mysterious hi-tech terrorist called Cipher causes chaos for Dom and his family. 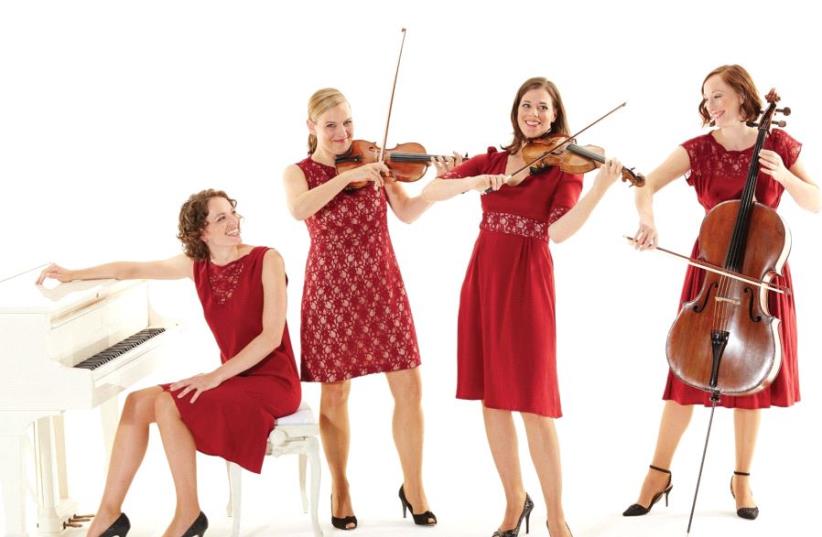 Salut Salon
(photo credit: ANDRÉ REINKE)
Advertisement
1. NEED FOR SPEED
It’s pedal to the metal once again in the film Fast & Furious 8 as a mysterious hi-tech terrorist called Cipher causes chaos for Dom and his family. But more than that, she has seduced Dom to her side and convinced him to turn his back on his team. With Vin Diesel, Dwayne Johnson, Charlize Theron, Jason Statham, Scott Eastwood.

3. MUD, SWEAT AND CHEERS
For the first time, families will be able to participate together in the Legion Run at Kiryat Yam beach. With more than NIS 2 million invested in this unique event, the run includes 200 tons of mud, 33 special obstacles, on-site showers and much more. The obstacles have been specially adapted for various disabilities such as hearing and visual impairments.Today (Friday). Registration begins at 8 a.m. The run starts at 9 a.m. For more info: www.legionrun.com 4. CLASSICAL AND QUIRKY
Hamburg-based chamber quartet Salut Salon has been called “the Harlem Globetrotters of string quartets.” This quirky, critically acclaimed female group is known for their passionate virtuosity, instrumental acrobatics, charm and a great sense of fun. Their work is a delightful combination of music that ranges from classical to tango, folk and film. Founding members Angelika Bachmann and Iris Siegfried are joined by cellist Sonja Lena Schmid and pianist Anna-Monika von Twardowski.Wednesday through April 22 throughout the country. For tickets and more information: http://salut-salon.com 5. DOWN TO EARTH
The multifaceted exhibition “bodyblaze” of ceramic sculptures by Israeli artist Shamai Gibsh is on display at the Periscope Gallery in Tel Aviv. Gibsh employs the ancient Greek technique of terra sigillata, which uses specially processed earth in lieu of glaze. The artist gathers samples of earth from his travels around the world, lending a unique and international quality to his works.Periscope Gallery, 176 Ben-Yehuda Street, Tel Aviv

6. ALUMINUM ALCHEMY
The Eretz Israel Museum presents the magical, mystery-filled dance piece Aluminum at the Museum. Created by Ilan Azriel with choreography by Ido Tadmor, the show draws inspiration from everyday aluminum objects, transforming them into fluid dance and acrobatic routines. There is also a story being told. Basically, a small creature is born on stage and loses his parents. The dancers and the audience help him find them.Today, Saturday and Monday, Eretz Israel Museum, Tel Aviv. For tickets: www.eventim.co.il

7. STEPPING OUT
The New York-based dance company dedicated to creating and performing the works of Jessica Lang will immerse Israeli audiences in the beauty of movement and music. The revolutionary choreographer seamlessly transforms classical ballet into artful craft, taking audiences on an emotional journey through Bach, Ciupinski, Beethoven and more.

Thursday through April 22, Tel Aviv Performing Arts Center. For tickets: www.israel-opera.co.il 8. HEROINE OF THE HOLOCAUST
As part of AACI’s Holocaust Remembrance Day ceremony this year, J-Town Playhouse will perform Aharon Megged’s Hannah Senesh. It is based on the true story of Hannah Senesh, a passionate Zionist who was captured by Hungarian police during her mission to save Hungary’s Jews from annihilation. Directed by Devorah Levine.