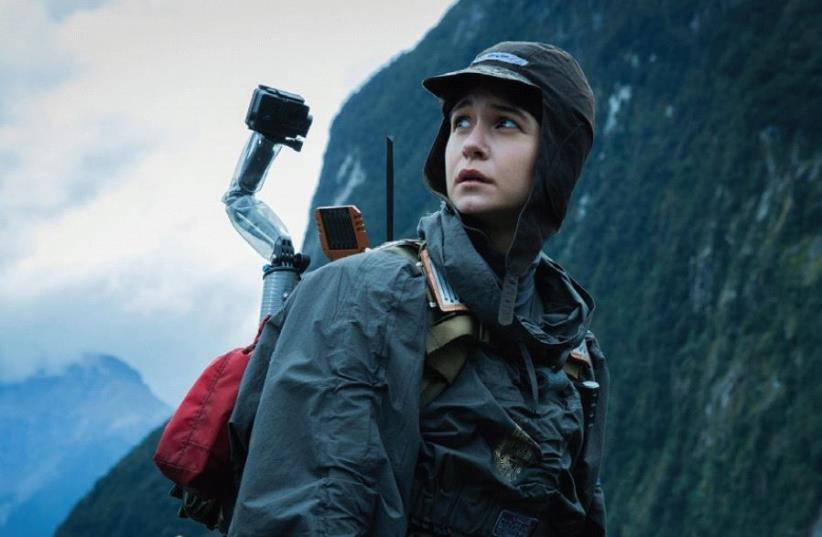 Alien: Covenant
(photo credit: PR)
Advertisement
1. SPACE INVADERS Director Ridley Scott returns to the universe he created, with Alien: Covenant, a new chapter in his Alien franchise.The crew of the colony ship Covenant, bound for a remote planet on the far side of the galaxy, discover what they think is an uncharted paradise but is actually a dark, dangerous world. When they uncover a threat far beyond their imagination, they must attempt a harrowing escape. With Michael Fassbender, Katherine Waterston, Billy Crudup, Danny McBride.2. A COLD CASE The popular Nordic TV drama Acquitted returns for a second season. The series follows Aksel Borgen, a Norwegian businessman who returns to his native town 20 years after being acquitted of the murder of his high school sweetheart. The second season goes deeper into the consequences of the girl’s murder and addresses again Aksel’s guilt. Starts Wednesday with all episodes on HOT XTRA VOD.3. ECLECTIC ACOUSTICS Swedish-Argentinean singer/songwriter Jose Gonzalez returns to Israel to perform at Tel Aviv’s Barby Club. The 39-year-old indie folk favorite has attracted a solid following for his classical guitar and gentle vocals. In addition to his own material, Gonzalez is known for his eclectic acoustic renditions of songs like Joy Division’s “Love Will Tear Us Apart,” Bruce Springsteen’s “Born in the USA” and “The Ghost of Tom Joad,” and Massive Attack’s “Teardrop.” Tuesday and Wednesday, 10 p.m. For tickets: www.barby.co.il 4. THE BEST MEDICINE Brian Regan, known as the comedian’s comedian, will be headlining four shows in Israel as part of the Comedy for Koby Tour. The 59-year-old American stand-up master has earned his reputation through off-center observational takes on daily events and childhood reminiscences, spiced with body language and facial contortions. Jerry Seinfeld described Regan as one of his “favorite, favorite comedians” and invited him to be one of the first featured guests on his online series Comedians in Cars Getting Coffee. Runs May 25 through 29. For tickets: www.comedyforkoby.com or 054-659-7796.

5. REASON TO RHYME The 20th annual Poetry Festival in Metulla will take place this year during Shavuot, bringing to the pastoral northern town dozens of poetry readings, concerts, screenings and other events. Among the major events are a tribute to Israeli poet Uri Zvi Greenberg with readings by writer Haim Guri; an evening with poet Aharon Shabtai; and musical performances by Shlomi Shaban and Natan Goshen (pictured). Runs May 29 through 31. For more info and tickets: www.bimot.co.il or *6226. 6. SPRING IN RISHON The Rishon Lezion International Spring Festival celebrates its 18th anniversary with more than 300 performers. Among the highlights are performances by gypsy ensemble Swing de Gitanes and rockers Dudu Tassa and the Kuwaitis; Greek composer and bouzouki player Christos Nikolopoulos (pictured); and a new dance piece about the life of Edith Piaf by the Israel Ballet. Runs Monday through May 27. For tickets: www.springfestival.co.il 7. LIFE AQUATIC WITH SEU Seu Jorge, one of Brazil’s most acclaimed contemporary singers/songwriters and actors, will pay tribute to David Bowie as part of his The Life Aquatic tour this week at Tel Aviv’s Performing Arts Center. Jorge is best known for his role in Wes Anderson’s 2004 film The Life Aquatic with Steve Zissou. In the film, the musician sang covers of classic David Bowie songs in Portuguese. Monday, 8 p.m. For tickets: www.eventim.co.il/seujorge.

8. YOUNG AT HEART 1980s pop legend Paul Young will perform in Tel Aviv. Known as the “blue-eyed soul” boy, Young stormed onto the music scene in 1983 with his debut album No Parlez, a record that spawned such chart-smashing singles as “Come Back and Stay,” “Wherever I Lay My Hat (That’s My Home)” and “Love of the Common People.” With the release of his second album The Secret of Association and the success of the song “Every Time You Go Away,” his status as a world star was confirmed. Sunday, Charles Bronfman Auditorium, Tel Aviv. For more info and tickets, visit www.2207.co.il or call *2207.9. FOOD, GLORIOUS FOOD The EAT Food Festival celebrates three nights (from 6 p.m.) of delicious cuisine at the Charles Clore Gardens in Tel Aviv. Participating in the festival are some of the best restaurants in Tel Aviv (such as Manta Ray, Agadir, Pronto) and some of the most famous Israeli chefs (such as Haim Cohen, Shaul Ben-Aderet, Yonatan Roshfeld, David Frenkel, Ronen Skinzis). Entrance is free. The fare is not.Runs Tuesday through Thursday.10. BEYOND THE LENS Marking 50 years since the Six Day War, the Israel Museum is displaying a collection of photographs created in 1967 by Micha Bar-Am, one of Israel’s most prominent photographers. The 100 works on display, many on view for the first time, depict Israel at an important juncture in its history, as well as the social and cultural evolution of the country during that monumental year. Ongoing at the Israel Museum, Jerusalem