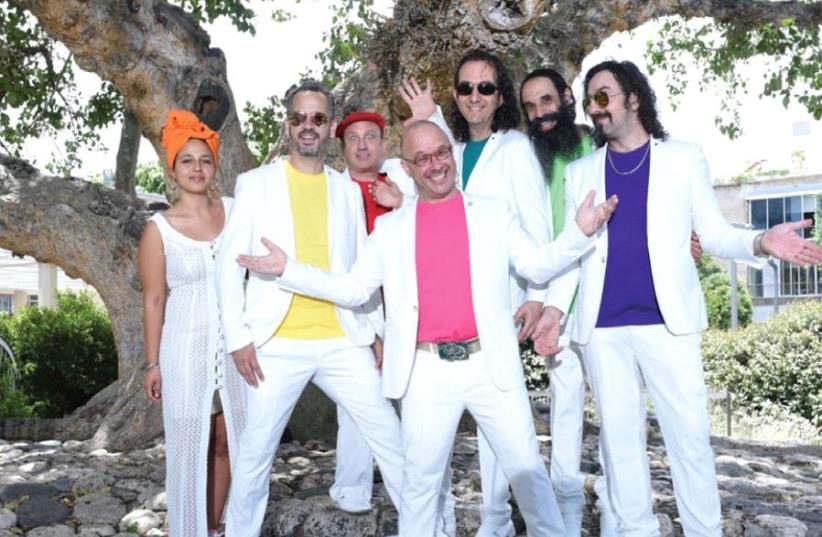 The Israel Festival
(photo credit: PR)
Advertisement
1. WORKING WONDERSIsraeli actress Gal Gadot stars as the title character in the film version of the DC comic book adventure Wonder Woman. After the Amazons have refused to take action in the affairs of mankind for hundreds of years, warrior princess Diana resolves to become Wonder Woman to help bring an end to one of the most destructive wars in humanity’s history. With Chris Pine, Robin Wright, Danny Huston.2. THE STAKES ARE HIGH The popular American political TV drama House of Cards returns for a fifth season. All the major players are back, such as the devious power couple Frank and Claire Underwood, played by Kevin Spacey and Robin Wright. Frank seems determined to make his presidency a dictatorship as he rules through fear in the latest season. With Patricia Clarkson and Campbell Scott.Starts Wednesday at 9:05 p.m. on HOT HBO and Xtra VOD 3. GOING GREENZany actor and comedian Tom Green is performing tonight at Tel Aviv’s Ozen Bar and Saturday at Zappa Herzliya. Green, who began his career in the early 1990s as a rapper, was an immediate hit with his Tom Green Show on MTV. He also found fame in Hollywood, starring in films such as Road Trip, Charlie’s Angels and Freddy Got Fingered For more info and tickets: (03) 621-5208 and www.zappa.co.il 4. BRAZILIAN BEATPercussionist /vocalist Joca Perpignan has been at the forefront of Brazilian-oriented musical endeavor in Israel for more than three decades. He has also mixed it with a wide range of rock, jazz and ethnic musicians over the years. This week, he teams up with fellow Brazilianborn guitarist Marcelo Nami to perform a show based on a program of new arrangements of Brazilian classics, in addition to original scores.Wednesday, 9 p.m., Tzavta Theater, Tel Aviv. For tickets: http://tzavta.co.il 5. GET INTO THE GROOVEThe Israel Festival opens its 56th edition with an electrifying groove party at the open-air Sultan’s Pool in Jerusalem, featuring Israel’s top emerging and established musicians. The lineup includes musical legends such as Teapacks (pictured) and Knesiyat Hasekhel; the queen of Israeli-Indian groove Liora Itzhak; Yemenite singing sisters A-WA; and the man who conquered You Tube and the world, Kutiman Orchestra.Thursday, 8 p.m., Sultan’s Pool, Jerusalem. For tickets: http://israel-festival.org6. WHEN IN ROME...As part of its Harvest Festival, the Ein Yael Living Museum in Jerusalem gives families a chance to step back in time to the Roman era. One can visit an ancient Roman street and meet the craftsmen who worked there. Children of all ages can enjoy musical instrument workshops, ancient game tournaments, basket weaving, archery, theater and much more.June 1, from 10 a.m. to 5 p.m. For more info: www.einyael.co.il 7. DEVIL IN DISGUISEThe Pisa-based imPerfect Dancers Company has reinvented Faust. Loosely based on Goethe’s epic play, Infaust takes the audience on a journey through the “darkest alleys of the human soul” as the performance starts where it all ends. Old again and tired, Faust, in the final moments of his life, looks back on his past: his love affairs, his adventures, Wagner and Margaret.June 1 to 3, Tel Aviv Performing Arts Center. For tickets: www.israelopera.co.il 8. IN THE LAND OF UZThe Israel Festival presents the Incubator Theater’s production of Job. This original Israeli premiere is a theatrical-operatic treatment of the biblical story, directed by Yossi Yizraely, with music composed by Joseph Bardanashvili. It stars Sasson Gabay as Job, Keren Hadar as Job’s wife, and Arik Eshet as Satan.June 4 at 9 p.m., Jerusalem Theater. For tickets: http:// israel-festival.org 9. MIXING THINGS UP IN MUSRARAThe 17th annual Musrara Mix multimedia art festival of the Musrara Art School in Jerusalem offers a plethora of exhibitions, performances and installations. The festival is a hub of artistic and social happenings, embodying the political and cultural essence of Jerusalem in particular and Israel as a whole. The theme of this year’s festival is Terra Incognita.June 6 to 8 from 7 p.m. to 11 p.m. at 9 Ha’ayin-Het Street, in public spaces, and the yards of neighborhood homes. Free admission. For more info: musraramixfest.org.il 10. WHEN THE CAT’S AWAYOne of the most sought-after artists on the electronic music scene, Joel Zimmerman, aka Deadmau5 (pronounced “dead mouse”), will perform at the XL:Extraloud event in Rishon Lezion. Known for his highly entertaining live gigs, Deadmau5 often performs wearing a large cartoon mouse head. He has received six Grammy nominations for his work. Joining Deadmau5 at the event will be a lineup of popular local DJs such as Omri Guetta, Astrix and Freedom Fighters.June 8, Live Park in Rishon Lezion. For more info and tickets: www.deadmau5.co.il or *9080