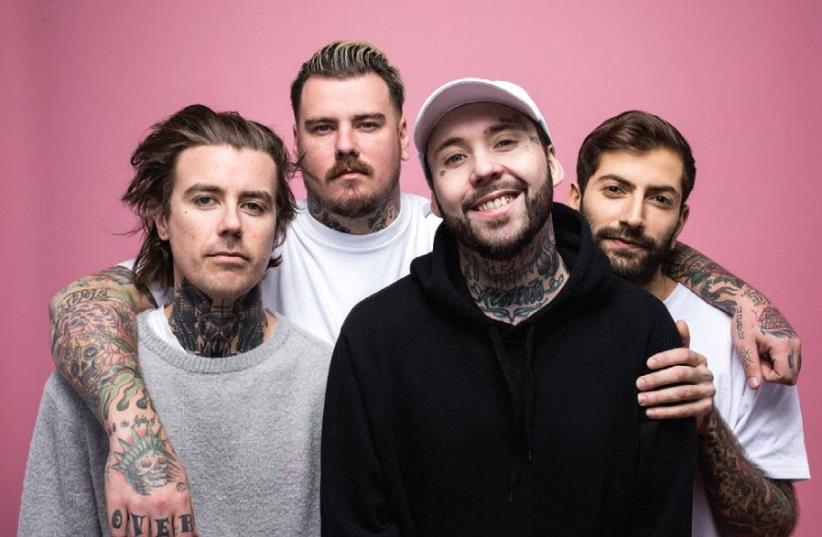 Deez Nuts
(photo credit: PR)
Advertisement
1. THE WORLD AT WAR Director Christopher Nolan (The Dark Knight trilogy, Inception) makes his mark on the period war genre with his World War II epic film Dunkirk, about the evacuation of Allied troops from the French city of Dunkirk before Nazi forces can take hold. With Tom Hardy, Kenneth Branagh, Cillian Murphy, Mark Rylance.2. CHECKING IN The new HBO TV show Room 104 is an anthology series that tracks a different set of guests in the titular hotel room each week, from a pair of Mormon boys to James Van Der Beek, Amy Landecker and a cult priest played by Orlando Jones.Begins August 1 at 10:30 p.m. on HOT HBO.3. ALL ABOUT AMY The tart-tongued comedienne gets plenty of laughs in her first HBO TV stand-up special Amy Schumer: Live at the Apollo. Flanked by a bottle of wine, Schumer entertains the audience at the Apollo theater in London with intimate details of her dating life, her struggles to fit in with body-obsessed Hollywood, and a long riff on sex that includes some of the most powerful women in the country.Saturday at 10 p.m. on HOT HBO.4. THE REEL WALTZ Dubbed “King of the Waltz” by the media, Andre Rieu is a Dutch violinist and conductor best known for creating the Johann Strauss Orchestra. Now local fans can watch Rieu’s legendary Maastricht shows live at special screenings at Cinema City in Jerusalem and Glilot. Set against the stunning medieval backdrop of the town square in Rieu’s Dutch hometown, the spectacular Maastricht concert features the maestro in his element, along with his 60-piece orchestra.Saturday, 8 p.m., Cinema City Glilot. Sunday, 3 p.m., Cinema City, Jerusalem. For tickets: www.cinema-city.co.il 5. FOUND IN TRANSLATION Jerusalem’s Mishkenot Sha’ananim’s annual Residency Program for Translators brings together the author of a selected work of Israeli literature and its various translators. The work chosen for this year is Judas by Amos Oz. On Tuesday, Prof. Evan Fallenberg will speak with Oz, together with the novel’s Chinese, Russian, Albanian, Dutch and Turkish translators.Mishkenot Sha’ananim Cultural Center, Jerusalem. For tickets: www.mishkenot.org.il 6. TOUGH NUTS TO CRACK JJ Peters, the former drummer of I Killed the Prom Queen, founded Deez Nuts in Melbourne, Australia, in 2007, taking the band’s name from a Dr. Dre song. Influenced by hardcore punk and hip-hop, the group’s lyrics focused on partying, as well as hustling. The group’s 2008 debut album, Stay True, appropriately contained a cover of Beastie Boys’ “Fight for Your Right.” Since then, they have released four more albums and toured worldwide.Wednesday, 9 p.m., Gagarin Bar, Tel Aviv. For tickets: www.tixwise.co.il 7. JAMMING WITH JANE Tel Aviv’s Barby Club presents Jane Bordeaux, a trio that mixes pop and Americana with Hebrew texts through catchy melodies and clever lyrics. The trio is comprised of vocalist Doron Talmon, bassist Gilad Mati and guitarist Amir Zeevi.July 28, 9:30 p.m., Tel Aviv. For tickets: www.barby.co.il 8. ALUMINUM ALCHEMY The Eretz Israel Museum once again presents the magical, mystery-filled dance piece Aluminum at the Museum. Created by Ilan Azriel with choreography by Ido Tadmor, the show draws inspiration from everyday aluminum objects, transforming them into fluid dance and acrobatic routines. There is also a story being told. Basically, a small creature is born on stage and loses his parents. The dancers and the audience help him find them.August 2 to 5, Eretz Israel Museum, Tel Aviv. For tickets: www.eventim.co.il 9. OPERA COMES TO ACRE The Acre Opera Festival returns for a weekend of magical music in the enchanted halls and courtyards of Acre’s Old City’s Crusader Fortress from August 3 to 5. The festival’s program includes a new production of Handel’s Giulio Cesare in Egitto (Julius Caesar in Egypt); “Made in Israel,” a tribute concert to the late Israeli singer and songwriter Arik Einstein, with operatic renditions by soloists from the Israeli Opera and guest artist Miki Gabrielov; and The Magic Flute, a family-friendly opera performed in Hebrew.For more info and tickets: www.israel-opera.co.il 10. SHOP ‘TIL YOU DROP Hutzot Hayotzer, the largest arts & crafts fair in Jerusalem, takes place this year from August 7 to 19. It features paintings, jewelry, ceramics, Judaica and much more by artists from Israel and abroad. In addition to nightly concerts by some of Israel’s top musicians such as Shlomi Shabat, Rita, Hatikva 6, Ehud Banai, Avraham Tal and Mosh Ben-Ari, there is a beer garden, food fair and activities for children.For tickets, visit tickets.bimot.co.il or call *6226.