Top 10 things to do in Israel 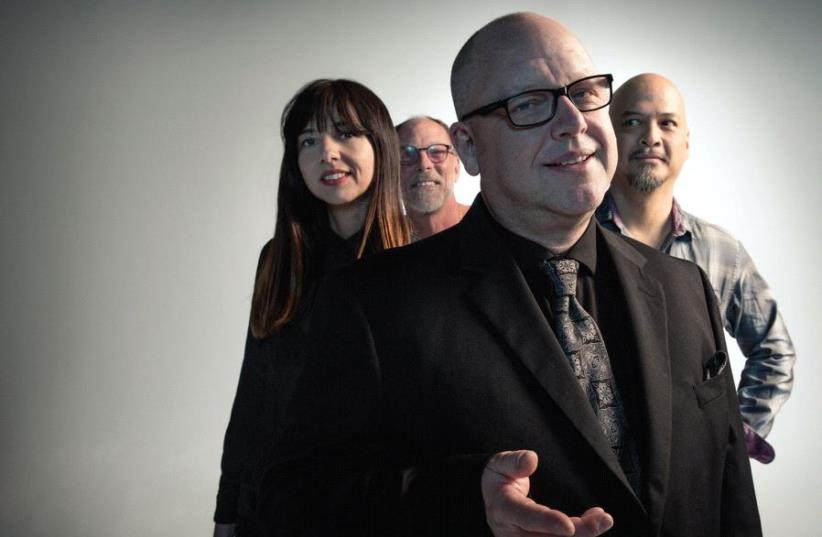 The Pixies
(photo credit: PR)
Advertisement
1. MONKEYING AROUND In the highly anticipated War for the Planet of the Apes, Caesar (Andy Serkis) and his apes are forced into a deadly conflict with an army of humans led by a ruthless Colonel (Woody Harrelson). After the apes suffer unimaginable losses, Caesar wrestles with his darker instincts and begins his own mythic quest to avenge his kind.2. WHEEL AND DEAL Tour de Pharmacy is a sports doping mockumentary, created by Andy Samberg and Murray Miller. The HBO film sends up the sport of cycling, and specifically the Tour de France, revisiting a fictional legendary moment in that race’s history: 1982, when all but five of the 170 competitors are disqualified for bribing a race official to avoid drug testing. With Samberg, Kevin Bacon, John Cena, Daveed Diggs, Freddie Highmore and Orlando Bloom. Saturday at 10 p.m. on HOT HBO 3. WINTER IS HERE... AGAIN The seventh season of HBO’s smash series Game of Thrones premieres this week. One can expect the usual wars and dragons, as well as Daenerys Targaryen arriving on the shores of Westeros, Jon Snow amassing power in the North, and Cersei, now Queen, clinging to whatever control she has left. Guest starring Ed Sheeran.Starts Monday at 4 a.m. and 10 p.m. on HOT HBO 4. RETURN OF THE BUTTERFLY Puccini’s ever-popular Madama Butterfly returns to the Israel Opera July 15 to 28 in a production staged by innovative Japanese director Keita Asari and conducted by Daniel Oren. Madama Butterfly tells the story of a trusting and innocent young geisha, Cio-Cio-San, who falls disastrously in love with Pinkerton, an American Navy lieutenant. Highlights include the melodic Humming Chorus, the moving aria One Fine Day and the unforgettable Love Duet.For more info and tickets: www.israel-opera.co.il 5. THE HILLS ARE ALIVE This year’s Voice of Music Festival takes place at Kfar Blum in the Upper Galilee July 15 to 22. The festival, under the musical direction of cellist Zvi Plesser (pictured), presents chamber music concerts played by Israeli artists such as Shlomi Shaban, together with leading artists from overseas. In addition to the main events, a Voice of Music Festival for Children is being held, featuring a range of unique musical events dedicated to the young audience.For more info: www.kol-hamusica.org.il6. LIVE WITH LP Quirky New York singer/ songwriter LP (the stage name of 36-year-old Laura Pergolizzi) is performing in Tel Aviv. She has released four albums since 2001 and has written songs for Rihanna – “Cheers (Drink to That),” and Christina Aguilera – “Beautiful People,” among others. Her haunting tune “Muddy Waters” was featured on the season-four finale of the Netflix series Orange is the New Black.Tuesday, July 18, 7:30 p.m. and 10:30 p.m., Barby Club, Tel Aviv. For tickets: www.barby.co.il  7. KIDS IN THE SPOTLIGHT The 13th Tel Aviv International Children and Youth Film Festival takes place this year July 18 to 22 at the Tel Aviv Cinematheque. The festival presents a carefully chosen selection of films from around the world (and Israel, too), as well as events and workshops for children of all ages. All of the films feature Hebrew subtitles or are dubbed into Hebrew.The full program may be viewed online at www.cinema.co.il 8. PULLING STRINGS In its 20th year, the Holon International Puppet Theater and Film Festival is set to run July 20 to 29, offering a wide variety of stage and screen shows from around the world for children and adults, as well as workshops and exhibitions of various kinds. Performances include Plastic Adventures from Brazil, creating a fantastical world from plastic bags, and a Russian master creates Pipes, based on a story by Etgar Keret.For more info: www.puppetcenter.co.il 9. WILD ABOUT WARHOL Andy Warhol, one of the most influential 20th century pop artists, worked in varied media, including photography. Using a Polaroid camera for the spontaneity it offers, he then used the photographs as a basis for illustrations, paintings and prints. The exhibition presents for the first time a selection of Polaroids and black and white photographs donated to the Tel Aviv Museum by the Andy Warhol Foundation for the Visual Arts.For more info: www.tamuseum.org.il 10. SPRINKLING SOME PIXIES MAGIC American alternative rock veterans The Pixies will be returning to Israel this summer for two shows at the Caesarea Amphitheater July 25 and 26. The Boston-based band, which broke up in the mid- 1990s and regrouped more successful than ever in 2003, is considered one of most influential outfits of the late ’80s and ’90s, with albums like Surfer Rosa and Doolittle setting a blueprint for post-punk eclecticism.For tickets: www.eventim.co.ilv