Top then things to do 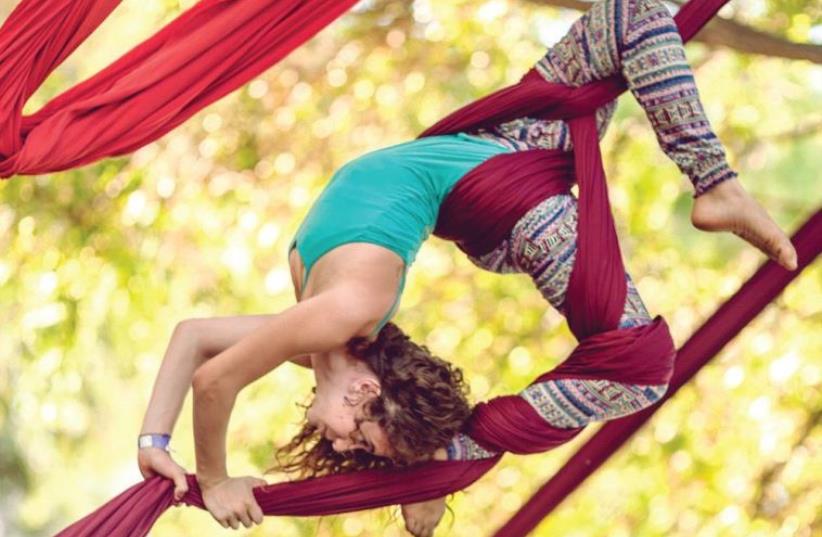 BodyWays festival
(photo credit: PR)
Advertisement
1 FILMS WAR AFTER WAR
In Fort Bliss, Sgt. Maggie Swann is a decorated US Army medic, divorced and mother of a five-year-old boy. After returning home from Afghanistan, she discovers a new battle on the homefront: a battle for the love of her child, who wants to live with his father and his new wife, and continuing her military career.With Michelle Monaghan, Ron Livingston.2 DANCE ALL YOU CAN DANCE
BodyWays is a three-day celebration of music, dance and movement. The festival hosts dozens of workshops and events in 10 venues, alongside a colorful happening with intimate performances and meetings with artists. The performances include gaga and contemporary dance, acrobatics and circus, African dance and Shiatsu for couples. Suitable for all ages, amateurs and professionals.Thursday through Saturday at Givat Haviva. For tickets, call 052-772-0200; www.festival.bodyways.org.

3 MUSIC LIVE AND IN CONCERT
After performing over 2,900 concerts in more than 50 countries, rock band Bon Jovi is coming to Tel Aviv. Over its 30-year career, the band has sold more than 130 million records worldwide and produced countless hits. With 12 studio albums to their name, the band won’t deny the Israeli audience a smattering of its many mega-hits.Saturday at Ganei Yehoshua, Hayarkon Park in Tel Aviv. For tickets, call *8780; www.leaan.co.il. Time of performance to be announced.4 THE GRAND MAESTRO
The Israel Philharmonic Orchestra opens its 80th season with Zubin Mehta and Beethoven’s Symphony No. 9. The performance includes acclaimed pianist Rudolf Buchbinder, soprano Julianna Di Giacomo, mezzo-soprano Marjana Lipovsek and the Gary Bertini Israeli Choir. The program also features works by Schumann and Bardanashvili.Saturday and Monday at 9 p.m. Wednesday at 8 p.m. Thursday (October 8) at 7 p.m.at the Culture Palace in Tel Aviv. Sunday at 8 p.m. at the International Convention Center in Jerusalem. For tickets, call *3766.5 HEAVENLY SOUNDS
The 48th Abu Ghosh Vocal Music Festival takes place during Succot. The festival hosts the debut of an ancient Sicilian composition, 50 soloists, 200 choristers, 60 musicians, one large festival and two small ones that present performances of chansons and world music, Irish and Macedonian accordion, Greek and Irish music, international and Israeli jazz and much more.Thursday through Monday at the Crusader-Benedictine Church and at the Kiryat Ye’arim Church. For tickets and more information, call *6226; www.bimot.co.il; www.agfestival.co.il/en.6 ART THE WOMAN INDUSTRY
The double exhibition “She’s Not Here” features the works of Asia Weksler and Lihee Avidan. Both artists examine the sociocultural space that allows for the exploitation of women as part of the prostitution and pornography industry.Alfred Institute, 5 Simtat Chelouche St. in Tel Aviv until October 23. Tuesday through Thursday 5 p.m. to 9 p.m. Friday 10 a.m. to 2 p.m. Saturday 11 a.m. to 3 p.m. For more information, call (03) 518-3313.7 CHILDREN A BALLET FOR BILBI
Bilbi is a ballet based on the popular book by Swedish author Astrid Lindgren.In the dance created by choreographer Lena Rosenberg and performed by the Israel Ballet, Bilbi meets young Tommy and Anika in a fantasy world, where they embark on an adventurous journey.Tuesday at 5:30 p.m. at the Petah Tikva Culture Hall. For tickets, call (03) 912-5222.8 IF THE SHOE FITS...The Israeli Opera presents Rossini’s Cinderella in a special version for the whole family, translated into Hebrew by David Sebba. The opera is accompanied by a string quintet.Thursday at 11 a.m. at the Opera House in Tel Aviv. For tickets, call (03) 692-7777; www.israel-opera.co.il.9 MIXED BAG FACTORY PARK
Factories from Within is a new project at the Industrial Park in Kiryat Gat. Factories present live shows, cultural events, tours, revelation of a recently discovered Byzantine mosaic and more. Musicians include Dikla, Shalom Hanoch, soloists of the Israeli Opera singing Israeli songs, and children’s performances (Mr. Shoko, Hop!).

UPCOMING MUSIC 10THE REGGAE HERO
Matisyahu returns for one concert in Jerusalem after making headlines during his European summer tour. At Spain’s Rototom Festival, he performed in front of countless Palestinian flags, singing his song “Jerusalem.” He will perform with a full ensemble and guest Idan Raichel.Opening acts Nechi Nech and Strong Black Coffee.October 10 at 8 p.m. at the Sultan’s Pool in Jerusalem. For tickets, call *6226; www.bimot.co.il.
Advertisement
Subscribe for our daily newsletter