Top Ten Things To Do 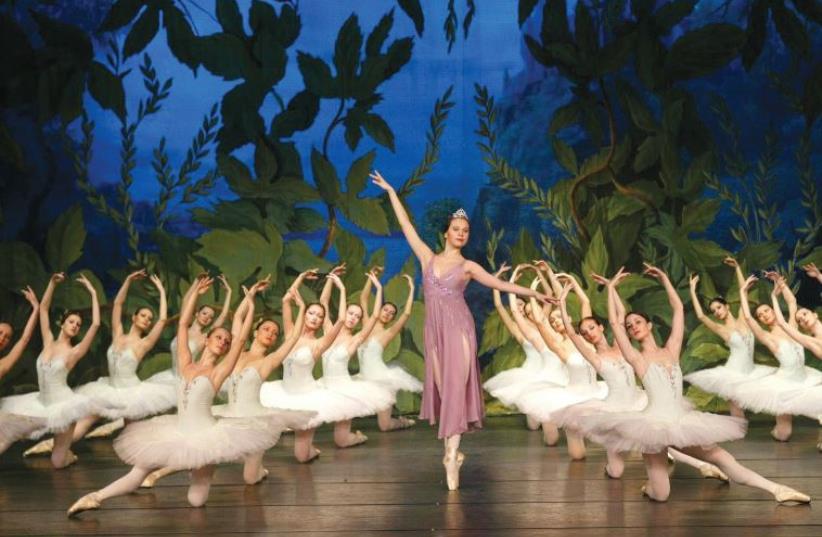 The St. Petersburg Theater Russian Ballet
(photo credit: PR)
Advertisement
1 FILM
THE YOUNG PRINCESSES A Royal Night Out takes place in London, 1945, on VE Day, which marked the end of World War II in Europe. For the special occasion, two young girls are allowed to go out and celebrate with the rest of the nation. The girls, who had never experienced such a thing are in total ecstasy. They are Princess Margaret and Princess Elizabeth (today’s Queen Elizabeth II). With Emily Watson, Sarah Gadon, Rupert Everett.2 TELEVISION
MAD CONVICT Wentworth, which started three years ago as a prison drama about a mother from the suburbs who turns into a fierce convict, has become an international mega hit, with rave reviews, record ratings and a slew of awards. After becoming the most successful Australian TV show in Britain, it was purchased by Netflix and will now be aired on HOT.Starting Wednesday, the entire first season will be available on HOT Xtra VOD.3 MUSIC
BEETHOVEN IN DEPTH The 18th International Chamber Music Festival will take place in Jerusalem, with a focus on string quartets and piano trios by Beethoven. The festival will present five out of six of the early quartets, Op. 18, the revolutionary quartets of Op. 59 and spectacular piano trios. The performances will host dozens of musicians from all over the world in a fascinating program.Thursday through Saturday at the YMCA, Jerusalem. For tickets and performances hours, call (02) 625-0444.4 FORTIS IN FULL FORCE After releasing his new single “City Disappears,” Rami Fortis, Israel’s punk-rock pioneer, is launching his latest album, The History of the Headline, with a special celebratory performance at the Opera House.Fortis is enjoying a prosperous period of creativity and popularity, participating as a judge on Israel’s X Factor and reuniting with music partner Berry Sakharof.Friday at 3 p.m. at the Opera House, Tel Aviv. For tickets, call *9066; www.4tis.com.5 THE ARAB DIVA After conquering the world with the viral YouTube hit cover to Radiohead’s “Karma Police” (more than a million viewers), Arab diva Shefita will perform at the Suzanne Dellal Center. Her performances are known for her Arabian vocal trills, poignant Middle Eastern style covers to bands such as Nirvana and Radiohead and her own original songs.Saturday at 9 p.m. at the Suzanne Dellal Center, Tel Aviv. For tickets, call (03) 510-5657.6 ACRE OPERAThis weekend, the Israel Opera Festival will present three programs: Mozart’s opera The Marriage of Figaro, with direcand the Israel Camerata Jerusalem Orchestra; a celebratory concert of the Three Tenors from Uruguay and Italy, with the Ra’anana Symphonette Orchestra; and for the whole family, the opera Cinderella in Hebrew.Thursday through Saturday in old Acre (the Fortress Garden and the Knights’ Hall).For exact times and tickets, call *6226; www.bimot.co.il.7 DANCE RUSSIAN BEAUTY The St. Petersburg Theater Russian Ballet will present two classic programs: Swan Lake and Sleeping Beauty. The dancers will be accompanied by music performed by the 42-piece Ra’anana Symphonette Orchestra. The Russian Ballet has become one of the most successful groups worldwide and has performed at the most prestigious venues around the globe.Wednesday at 8 p.m. at the Tel Aviv Performing Arts Center. For tickets and more performance dates, call *9066; (03) 511- 7777; www.eventim.co.il/ballet.8 ART PAINTERS-TO-BE The exhibition “Childhood Paintings by Israeli Artists” features a fascinating selection of childhood drawings by artists who participated in a research study by Ayala Gordon, former curator and founder of the Youth Wing of the Israel Museum. The exhibition presents 18 artists who, alongside their early work, display two pieces from their adult years.Opens Thursday through December 10 at the Museum of Israeli Art, Ramat Gan. For more information, call (03) 752-1876; 054- 787-0100.9 RARE AND FAIR The huge “Kadishman” exhibition displays rare and important works by Menashe Kadishman. The exhibition, which features his artwork from the late 1960s until the early 1980s, represents everything from his minimalist approach to his expressionist conception. Visitors will get to know the works that earned the artist international fame.Exhibition opens Thursday at 8 p.m. at the Levant Fair, Tel Aviv Port (Bitan 16). For more information, call (03) 613-5284.10 CHILDREN CALL OF THE WILD“Looking Nature in the Eye” is the first one-man exhibition by acclaimed nature photographer Roy Glitz, who travels around the world and provides viewers with a unique glimpse into the world of nature. Dozens of fascinating and surprising photographs of wild animals are on display, as well as creative workshops for children and their parents.Saturday, Monday, Tuesday and later dates (during the holidays) from 10 a.m. to 7 p.m. at the Jaffa Museum, Old Jaffa.For more information, see www.jaffamuseum.co.il.
Advertisement
Subscribe for our daily newsletter