Tour Israel: Up, up and (almost) away

The new TLV Balloon is taking off in Tel Aviv. 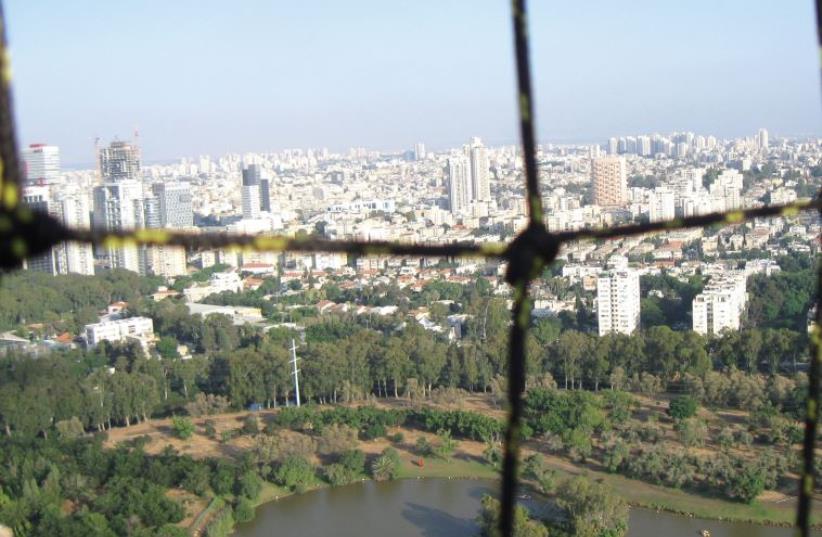 The new TLV Balloon
(photo credit: LIAT COLLINS)
Advertisement
Think of it as a holiday highlight, with the emphasis on the “high.” Among the latest attractions for vacationers, day-trippers and locals in Tel Aviv is the TLV Balloon experience.The terminal is located in Tel Aviv’s Ganei Yehoshua. Although the giant helium balloon remains anchored to the ground, you feel as if you’re sailing.The balloon is filled with 6,200 cubic meters of helium gas (with no need for the gas burner found in classic hot-air balloons).The basket, or gondola, has room for up to 30 people. My recent trip with my son wasn’t crowded, and I was pleased to find that we could walk around to get a bird’seye view of a toy-town-looking Tel Aviv through the safety netting.This is a “high” that could be addictive. I had to conquer my fear of heights before I stepped so far out of my comfort zone; but once inside the giant gondola, surprisingly my biggest fear was dropping my camera or phone.Tickets are not sky high: NIS 75 for adults; NIS 65 for Tel Aviv residents, senior citizens and soldiers; and NIS 50 for children (up to age eight). Tickets can be bought on site, but pre-purchase via the Internet is recommended (www.tlv-balloon.co.il).Group trips and special events can also be arranged.The balloon operates from 9 a.m. to 9 p.m. (depending on weather conditions).Our pilot, Ruslan, recommended day trips for families but sunset and evenings for the more romantic.The atmosphere is friendly and reassuringly professional. The balloon is registered by the Israel Aviation Authority as an aircraft, and the pilots had to undergo a special training course.Ruslan and fellow pilot Etel both have stories of couples proposing marriage. Forget the romance of breaking open a bottle of celebratory champagne, however: Alcohol is strictly forbidden.The “flight” itself lasts only 12 minutes – long enough to take in the view, take photos and enjoy the uplifting experience, but on the short side as far as activities go.I would have appreciated a recorded audio guide to learn about what we could see below us and on the horizon.Ganei Yehoshua (Yarkon Park) has lots of other attractions for visitors, ranging from boat rides to the Zapari bird center or just picnicking on the green grass; incorporating a trip in the TLV Balloon takes a day out to a whole new level. The balloon would be a great idea for the Succot vacation period.I came back down to earth without a bump and with a strong desire to watch the movies Up and Around the World in 80 Days.TLV Balloon is the initiative of lawyer Ophir Miller, a specialist in commercial law and negotiations and a former major in the paratroopers. Miller says the idea for TLV Balloon came by chance.“A few years ago, I traveled to Hamburg for a meeting with a client. During the meeting, the client took me to a construction site and showed me the plans for establishing a giant balloon project. Immediately I knew that we had to have something like that in Israel, and the very next day I met with the manufacturers of the balloon to find out about the possibility of importing it to Israel,” he recounts.His future plans include adding a visitors’ center presenting the history of hot-air ballooning in Israel and the world.Being tethered to the ground, this is ballooning for beginners. If you want to really get carried away, you’ll have to try one of the free-floating hot-air balloon trips available in the Negev or the Jezreel Valley. Meantime, this isn’t the solution to Tel Aviv’s worse-than-ever traffic problems, but it’s a good way of rising above it all and forgetting your problems for a short while. ■ The writer was the guest of TLV Balloon.