Tradition! The Jews behind Broadway

For the first time, Jewish theater stars from London’s West End will be taking the stage alongside Israeli performers, dancers and live musicians. 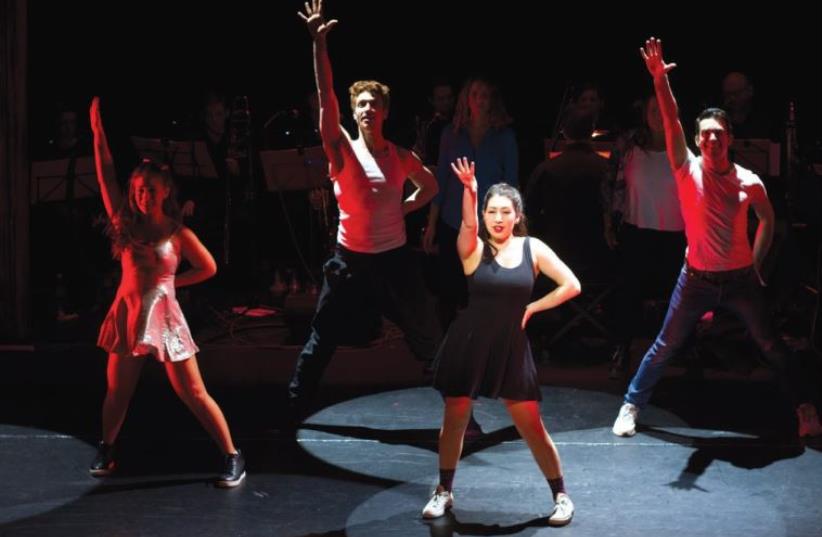 A SCENE from the musical revue ‘You Won’t Succeed on Broadway if You Don’t Have Any Jews.’
(photo credit: ANTON BELMONTE)
Advertisement
Tel Aviv will be celebrating the ongoing Jewish contribution to musical theater with the performance of You Won’t Succeed on Broadway if You Don’t Have Any Jews until July 17 at the Assia Auditorium, located in the Tel Aviv Museum of Art. For the first time, Jewish theater stars from London’s West End will be taking the stage alongside Israeli performers, dancers and live musicians.With musical numbers featuring the early sounds of Irving Berlin and contemporary hits from Rent, the show highlights the backstories of Broadway’s most famous Jewish writers, composers and directors, from the 1930s to the present.London cast members include Jackie Marks (featured in the Les Miserables movie), Mira Ormala (“Christine” in Love Never Dies, the sequel to Phantom of the Opera) and other stars who have performed in shows across the West End and at famed venues, including the National Theater.Israeli performer Yiftach Mizrahi, who most recently appeared in Cabaret at the Cameri Theater in Tel Aviv, is one of the performers joining the West End onstage.Ticket holders will enter through the Tel Aviv Arts Center courtyard, also home to the Israeli Opera and Cameri Theater.

For more information on tickets and show times visit www.leaan.co.il.
Advertisement
Subscribe for our daily newsletter