Up against a wall 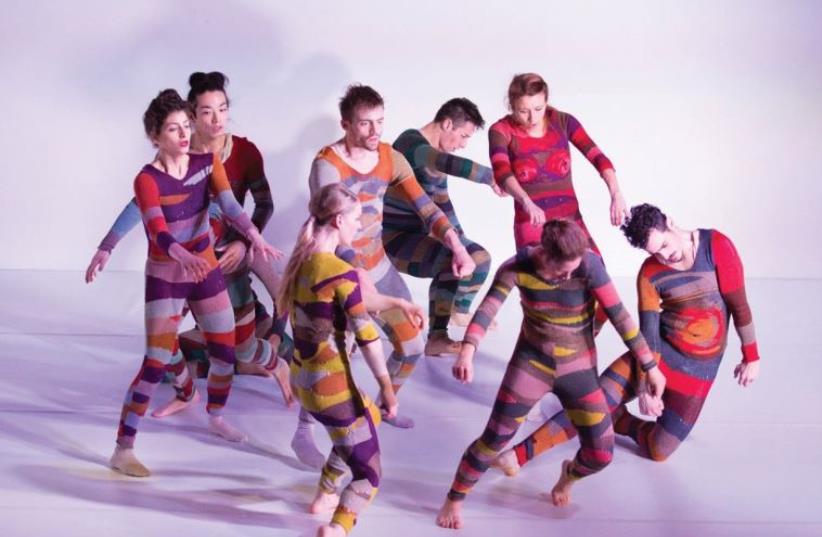 Inbal Pinto and Avshalom Pollack's 'Wallflower'
(photo credit: ROTEM MIZRAHI)
Advertisement
When they created Wallflower, Inbal Pinto and Avshalom Pollack knew that they were possibly making things difficult for themselves. The production, which was last presented almost a year ago, is performed live by the full company of dancers, as well as three Japanese musicians. As such, performances are dependent upon all parties being present in the same country – a feat that has presented no small challenge.Wallflower, which marked a voyage C, is performed in one of the theaters of the Tel Aviv Museum of Art. Set against stark white walls and black surroundings, Wallflower presents the dancers and musicians as visual art.Perched on a platform set back from the stage, Umitaro Abe, Hirofumi Nakamora and Mayu Gonto use instruments both conventional and unconventional to play the dazzling score of Wallflower. At one point, a bag from housewares store Na’aman is crinkled up; at another, a saw is deftly bowed, evoking a sad aria.On stage, the dancers move about in head-to-toe knitwear, designed by Pinto. The costumes, which give the only splashes of color to the piece, are a type of eye candy, complementing and distorting the dancers’ bodies at the same time. As they struggle to find a group rhythm, the dancers lift, toss and get tangled up in one another.This engagement of Wallflower will take place for one week only and is likely to sell out.

‘Wallflower’ will run at the Tel Aviv Museum of Art from February 5 through February 13. For more information, visit www.inbalpinto.com.
Advertisement
Subscribe for our daily newsletter