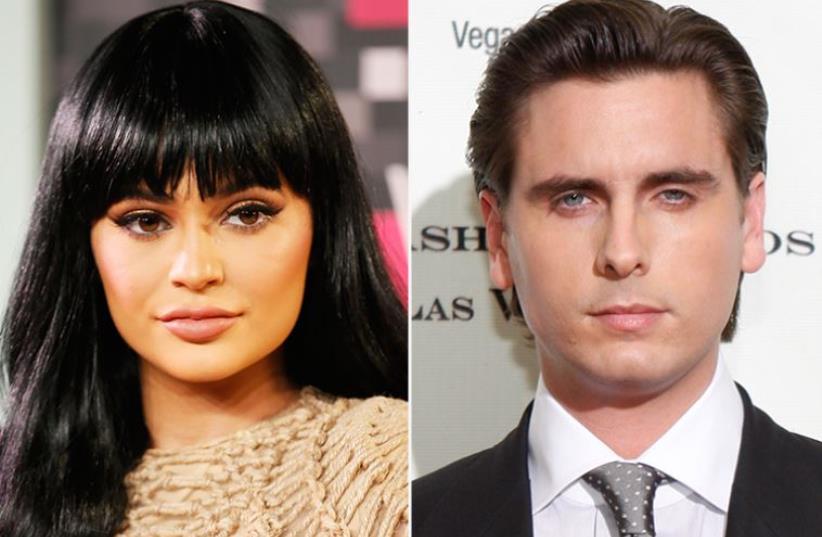 Scott Disick and Kylie Jenner‏
(photo credit: REUTERS)
Advertisement
After a long talked about visit to Israel, American reality TV star Scott "the Lord" Disick arrived in Israel on Tuesday night for a short visit.Disick, a Jewish "businessman" from New York, often spoke of wanting to visit the Holy Land during his stint on the popular show 'Keeping up with the Kardashians.'The 33-year-old confirmed his presence in the 'Nonstop City' on Wednesday afternoon by posting a picture to Instagram with the in which he is seen eating the favorite local dish shakshuka alongside 'Tel Aviv, Israel' labeled as his location.

Known for his rambunctious antics and turbulent relationship with the eldest Kardashian sister, Kourtney, with whom he has three children, Disick seemed to be more business-oriented on his trip to Israel where he was reportedly staying as a guest of the billionaire Nakash family real-estate tycoons.In addition, sources told The Jerusalem Post that the youngest of the Kardashian-Jenner clan, Kylie Jenner, was also in Tel Aviv at the Norman Hotel.The 18-year-old has recently catapulted to celebrity status in her own right by launching a cosmetics line and taking social media by storm with racy photographs of her 'rich-and-famous' lifestyle and friends. Disick and Jenner have allegedly remained friends although his on-and-off again relationship with Kourtney fizzled.While Jenner's social media has not yet indicated her presence in Israel, she did post a picture to her more than 67 million-followers on Instagram earlier on Wednesday that showed her apparently biding farewell to her rumored boyfriend, rapper Tyga, at a European airport.

The alleged visit comes nearly a year after Jenner's half-sister Kim Kardashian and her rapper husband Kanye West caused a pop-culture frenzy with a whirlwind trip to Israel to baptize their daughter, North West.