The legendary Welsh singer returns to Israel to perform in June. 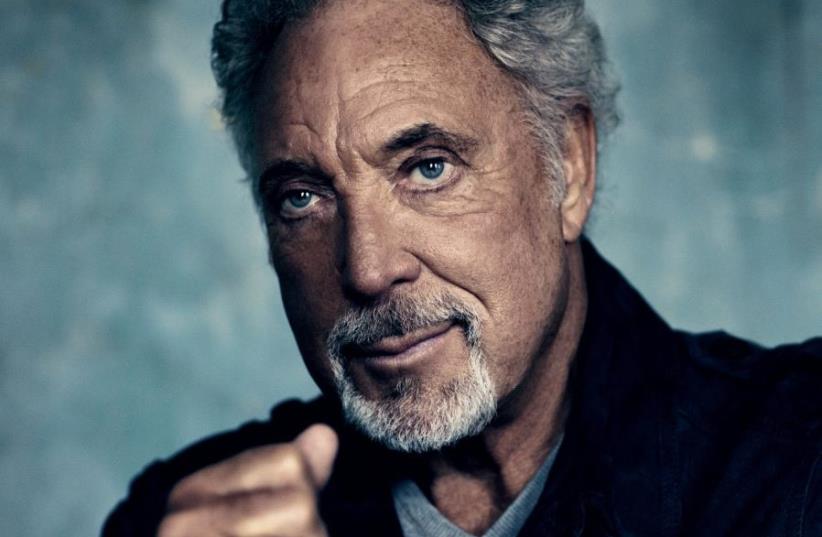 Pop legend Tom Jones.
(photo credit: JULIAN BROAD)
Advertisement
Legendary Welsh crooner Tom Jones will swap the green, green grass of home when he performs at Tel Aviv’s Menorah (Yad Eliyahu) Arena on June 28. It is not the 76-year-old’s first visit to Israel – he has given concerts here before, notably in 1997 when he performed in Eilat and Tel Aviv, and in 2013 with two concerts in Tel Aviv.Jones has sustained his popularity as a live performer and recording artist in a remarkable career spanning over five decades. He shot to stardom in the 1960s with hits such as “It’s Not Unusual,” “What’s New Pussycat,” “Green, Green Grass of Home,” “She’s a Lady” and “Delilah,” while he gained a new audience in the late 1990s with the release of Reload, an album of cover duets with artists such as Robbie Williams and Stereophonics.With a career that has seen him sell more than 100 million records, Jones has won countless accolades including a BRIT Award for Outstanding Contribution to Music and a Silver Clef Award for Lifetime Achievement.Knighted in 2006, the global star has amassed 36 top 40 UK hits.

Tickets range from NIS 295 to NIS 1,255. For tickets visit www.leaan.co.il or *8780.
Advertisement
Subscribe for our daily newsletter