Who was the most influential Jew in entertainment this past year? Vote Now! 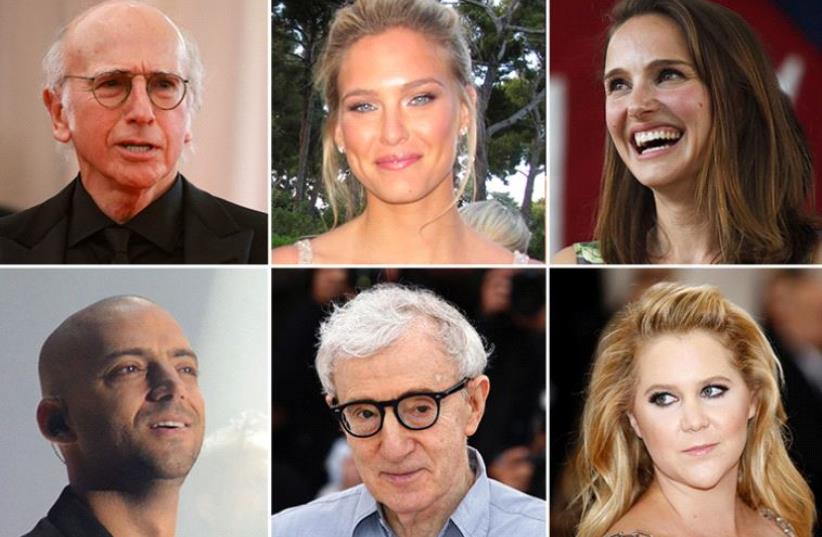 Top influential Jews in culture
(photo credit: REUTERS,WIKIMEDIA/UBUB92)
Advertisement
Everybody knows that Jews control Hollywood -  at least that's what the anti-Semites would like the world to believe. But there's no denying that in the fields of movies, music, TV, fashion and literature, Jews have excelled far beyond their proportion of the population.Talent and the ability to use it for the greater good are not necessarily Jewish traits, but Jews have certainly contributed enormously in providing enjoyment and enrichment to the lives of people. More than a few - from Groucho Marx and Woody Allen, to Bob Dylan and Barbra Streisand, have broken new ground that has forged an uncharted path for all who followed.The Jewish creators who are influencing the next generation of entertainers are a diverse lot, from the cutting edge comedy of Amy Schumer to the soulful prose of Jonathan Safran Foer.  Help us choose which Jewish entertainers are the most influential of 2016.Go for old school, like Steven Spielberg or Larry David, or choose younger trailblazers like Drake or Scarlett Johansson, or how about Israelis like Etgar Keret or Idan Raichel?1. Steven Spielberg2. Amy Schumer 3. Larry David 4. Ayelet Waldman5. Michael Chabon6. Idan Raichel7. Jonathan Safran Foer8. Amos Oz9. Etgar Keret10. Bar Raphaeli11. Phillip Roth12. Woody Allen13. Bob Dylan14. Drake15. Adam Sandler16. Ben Stiller17. Natalie Portman18. Jerry Seinfeld19.Scarlett Johansson20. Mila Kunis21. Seth Rogen22. Jonah HillClick here to place your vote for the most influential Jew in entertainment