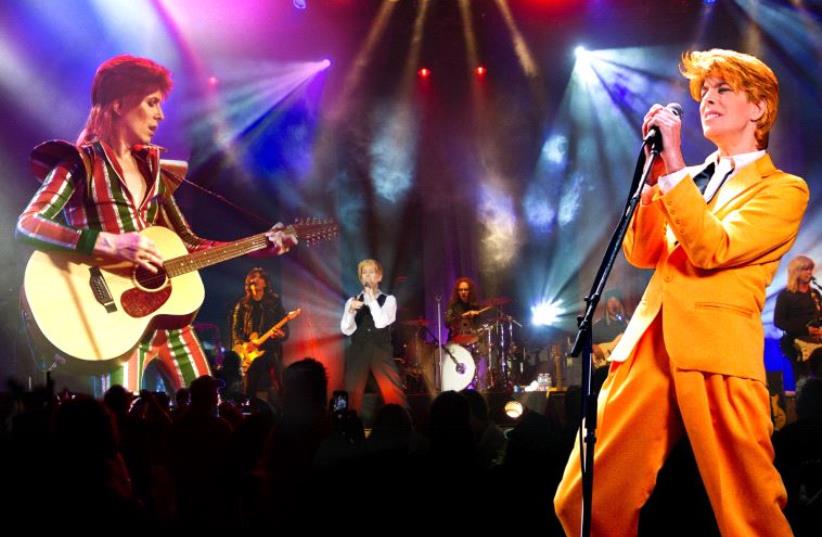 David Brighton
(photo credit: Courtesy)
Advertisement
Widely regarded as the world’s best David Bowie tribute artist, David Brighton and his band Space Oddity are bringing Bowiemania to Tel Aviv’s Hangar 11 on March 16.Brighton, who shares Bowie’s sharp nose, high cheekbones and a voice that producers once told him sounded “too much like Bowie,” brings everything from Ziggy Stardust to the Thin White Duke to Bowie’s “Let’s Dance” era of the 1980s to life.Brighton has been performing live concerts and making radio and television appearances worldwide as a celebrity look-alike/sound-alike since 1994. He’s performed on bills with Elton John, Stevie Wonder, Kenny Loggins, Three Dog Night, Little Richard and Barry Manilow. Brighton also enjoyed portraying George Harrison with a number of the world’s top Beatle groups, including The Stars of Beatlemania, The Fab Four, Classical Mystery Tour, and When We Were Fab. So uncanny is Brighton’s impression, he was selected by Bowie himself to portray him in a 2003 widely aired Vitell Mineral Water commercial Local fans can look forward to hearing such hits as “Space Oddity,” “Under Pressure,” “Life on Mars,” “Fame,” “Young Americans,” “China Girl,” and “Rebel Rebel.”For tickets visit www.eventim.co.il/bowie. To watch David Brighton’s special message to Israeli fans go to https://youtu.be/yHNB0fU50FQ