No matter what language, place or era; the message of unconditional love enshrined in the Sufi philosophy doesn’t change. 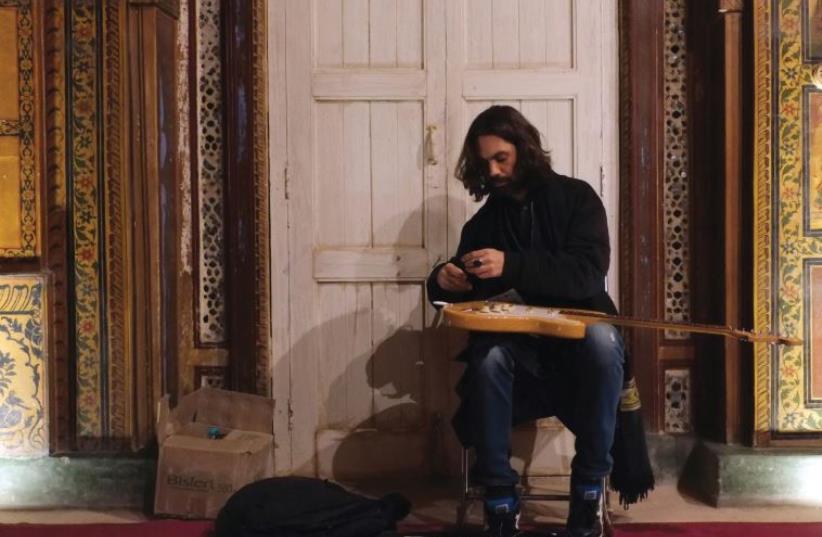 ‘A LOT of Indian music is live, and its strength comes from it vitality and its drive. So we wanted to immerse ourselves in that ambiance and to record,’ says Israeli composer and musician Shye Ben-Tzur with regard to his latest album, ‘Junun.’
(photo credit: IAN PATRICK)
Advertisement
By Prakruti ManiarHindustan TimesNew Delhi TNS  - He has spent 15 years in India, studying traditional music styles from the dhrupad to the qawwali. Yet somehow, Mumbai has never hosted Shye Ben Tzur on a commercial stage.This is set to change at the ninth edition of the National Centre for the Performing Arts’ Sama’s - Mystic Ecstasy festival.Ben Tzur, 42, the world’s first Jewish qawwal, composes and sings Sufi poetry in Hebrew that is inspired by Hazrat Amir Khusrau, Hazrat Rumi and Kabir Das. He also puts Urdu and Hindi poetry by the likes of Meerabai and Tulsidas to music.His performance in Mumbai will feature songs in all three languages.“I was not born into the qawwal tradition, which gives me the freedom to experiment with traditional styles,” says Ben Tzur, who has previously collaborated with Johnny Greenwood, Radiohead’s lead guitarist, on the album Junun.Even has he experiments with the qawwali, he is cautious, he says. “There is a fine line between the pure form and the musical experiments, and I want to keep it that way. There is a reason that this form has survived centuries and I am always aware of its sanctity.”No matter what language, place or era; the message of unconditional love enshrined in the Sufi philosophy doesn’t change, and that message is very important today, Suvarnalata Rao, head of music programming at NCPA, points out. “In an increasingly divisive environment, the Sufi philosophy has the ability to bind people together with love. Through this festival, we are happy to showcase works of art that express Sufi thoughts,” she says.Each year, the festival brings together traditional, contemporary and international Sufi artists. Also taking the stage for the first time this year, Munawar Masoom, the Indian qawwal from Bhopal who sings renditions of Hazrat Amir Khusro and Sufi Kalam.Kailash Kher and his band Kailasa will also perform, and expect a screening of author and historian William Dalrymple’s documentary, Sufi Soul.The ninth edition of Sama’s - The Mystic Ecstasy will be held between November 10 and 12, at the NCPA, Nariman Point. Tickets are available online.(c) 2017, Hindustan Times, New Delhi. Distributed by Tribune Content Agency.