The living dead try to take over the Old City in ‘Jeruzalem.’ 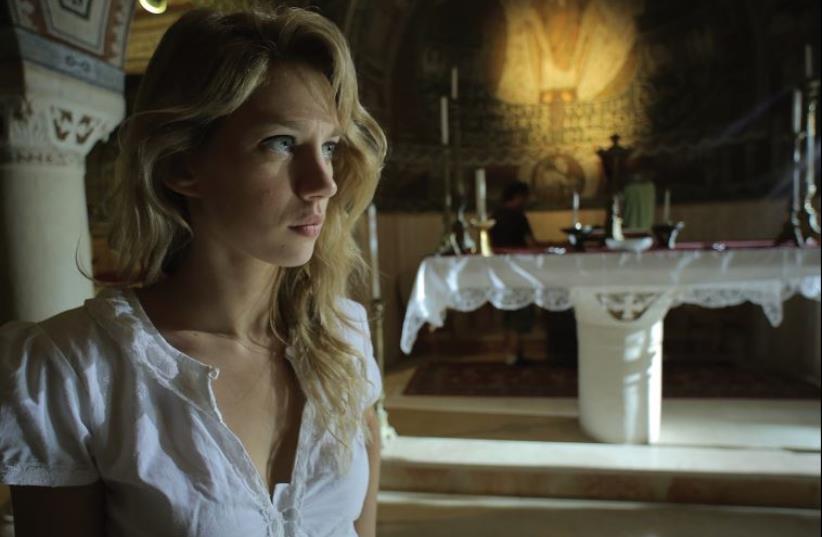 The living dead
(photo credit: PR)
Advertisement
The English-language film JeruZalem, the winner of the Audience Award at last year’s Jerusalem Film Festival, is a sometimes scary, often silly story of zombies taking over the Old City.The movie has gone around the world to horror film festivals and has been a big hit on various US streaming services, reaching the #2 spot on the iTunes horror list. There is even a sequel in the works that will incorporate virtual-reality technology.JeruZalem joins the trend of recent Israeli horror films, among them Navot Papushado and Aharon Keshales’s Rabies and Big Bad Wolves, both about psycho killers, and Boaz Armoni’s Freak Out, about zombies on an isolated army base. These movies are not for everyone, but the development of locally made genre films is a sign of the strength of the Israeli film industry. A healthy film industry should produce something for everyone.Zombies have certainly taken over the entertainment world, and this isn’t their first appearance here. In World War Z, which starred Brad Pitt, there was a segment set in Jerusalem, although it wasn’t shot there.But JeruZalem, directed by Doron Paz and Yoav Paz, was definitely filmed on location, and it uses the twisting streets and catacombs of the Old City to creepy effect.Made on a shoestring and very much in the spirit of the jokey Roger Corman horror flicks of the 1960s and ‘70s, it has a clever premise: An American girl visits Israel, and her father gives her Google glass to take along. Most of the movie is shot from her point of view, through the Google glass. Google glass, for those of you who are not under 30, are glasses that function like a computer, through which you can see and use various Internet sites, among them Facebook, Twitter and Skype.After a quite eerie prologue set decades ago, Sarah (Danielle Jadelyn), the wearer of the glasses, goes to Israel to overcome her sadness over the recent death of her brother. Her friend Rachel (Yael Grobglas) comes along, and on the plane ride they meet Kevin (Yon Tumarkin), a Christian student. They head to the Old City of Jerusalem, where they decide to spend Yom Kippur, which is coming up. In their shabby hotel, they befriend Omar (Tom Graziani), the son of the owner, and this completes the triad: Jews, Christians and Muslims who will band together to face the zombies.And the onslaught is coming, which we know going in, so the directors have fun with a few fake scares that will make you jump. As we wait for the zombies to appear, the movie gets a bit tedious as various crazed Jerusalemites pop up, prophesying doom, a familiar sight for anyone who has spent time around the Old City.The main characters, who have clearly never seen an episode of The Walking Dead, are clueless about how to fight and flee the zombies once they finally show up. As the gates of the Old City are locked and our heroes and heroines are joined by some soldiers, the suspense, fear and ickiness increase. As the movie enters its third act, the surviving characters try to flee through murky, waterlogged tunnels, perhaps not the smartest idea.The movie is saved from being too formulaic by two elements. The first is Yael Grobglas. This stunning Israeli actress, who also appeared in Rabies and co-stars in the hit US television show Jane the Virgin, has a face the camera loves and energy and appeal that go deeper than her looks.The second element is the tongue-in-cheek aspect of the movie, which brings to mind some of the snarky dialogue from the early movies in the Scream franchise. Especially funny is a joke in which the face-recognition software on Google glass links to a zombie’s Facebook profile.The ending, which I won’t describe, is both over the top (in every sense of the word) and inventive. It ranks with a number of other creepy endings in recent horror films, among them the last shot of the original Paranormal Activity.The Paz brothers, whose previous film, Phobodilia, was an art-house film about a shut-in, know how to use their talent to entertain.