In 1948, when he came as a volunteer and an ardent Zionist to help Israel in her struggle for independence, he already had fighting experience. 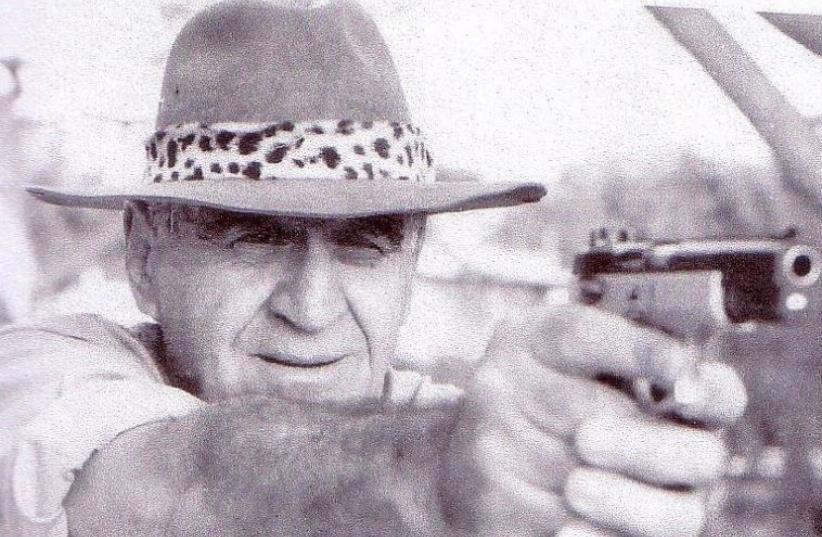 MIGDAL TEPERSON
(photo credit: Courtesy)
Advertisement
In the IDF they called David Teperson ‘Migdal,’ the Hebrew word for tower, because when he came to Israel to fight in the War of Independence, he was so much taller than most of the soldiers and at 1.98 meters literally towered over them.Teperson was a member of Mahal, the Hebrew acronym for Mitnadvei Hutz La’aretz (Volunteers from abroad).In later years he became director of the Mahal Museum from his home in Kfar Shmaryahu, because he thought that the Mahalniks had not been given sufficient recognition by the state. However, he was better known for being one of the longest-serving soldiers in the IDF reserves, where he held the rank of colonel, and served more than six decades.Teperson grew up in South Africa running and playing with the native South Africans. In 1948, when he came as a volunteer and an ardent Zionist to help Israel in her struggle for independence, he already had fighting experience.Many of the Mahal soldiers returned to their home countries, and in some cases in later life came back to live in Israel.Teperson was one of those who stayed.After stints on a kibbutz and a moshav, he and his Israeli-born wife, Shoshana, whom he met and married in 1949, decided that this was not the life for them. He and his wife opted for an urban existence.In the city, Teperson started out as a construction worker, then began doing small remodeling jobs for private clients.He eventually established his own business, which grew into a highly successful enterprise.A natural achiever, his success is amazing given that he suffered from severe dyslexia and was thrown out of 10 schools in South Africa due to his difficulty reading. Dyslexia was not a known disorder when he was a boy and in those days they simply thought he was lazy and beat him, thinking this would serve to make him study. All it did was make him tough.When it appeared that the establishment of the State of Israel was imminent, Teperson went to the Zionist Federation in Johannesburg and volunteered to go to the nascent Jewish state. With his farming background, the federation wanted to send him straight to a kibbutz, but he wanted to join the army and fight.His group flew to Europe and made the rest of the journey to Israel by boat, arriving at 5 a.m. on May 15, 1948, only a few hours before David Ben-Gurion proclaimed the establishment of the state.After landing in Tel Aviv, and getting processed by Jewish Agency officials, Teperson joined the 34th Armored Battalion of the Alexandroni Brigade on the day of his arrival. He was given a World War I Lewis machine gun and told not to waste ammunition, because supplies were extremely scarce, and every bullet had to count. By the following day he was already fighting on the central front.A year after his arrival he joined the Palmah’s Negev Brigade, and took part in all the battles that took place in the South, including the conquest of Eilat.One of his saddest and most memorable days in the IDF was when he and fellow soldiers had to witness the tragedy of the Altalena, when Ben-Gurion ordered the sinking of an Irgun arms ship. Teperson and other Mahalniks refused to participate and were told that if they did not obey orders, they would be sent to prison. Their way out of this quandary was to aim their weapons without firing.Teperson and his wife had two sons and a daughter. Their daughter, Idit, is a well known actress.Although he was a doting husband and father, he was also devoted to the army.When he was first called up for reserve duty, it was in the newly formed Seventh Armored Brigade. Up until the Second Lebanon War, he fought in every one of Israel’s wars and in two of them with his sons. He continued to do reserve duty way beyond the call-up age, and was always ready to serve Israel in whatever way he could.He died almost exactly five years after his beloved Shoshana.