In wake of last year's war in Gaza, Defense Ministry ramps up orders for new APCs 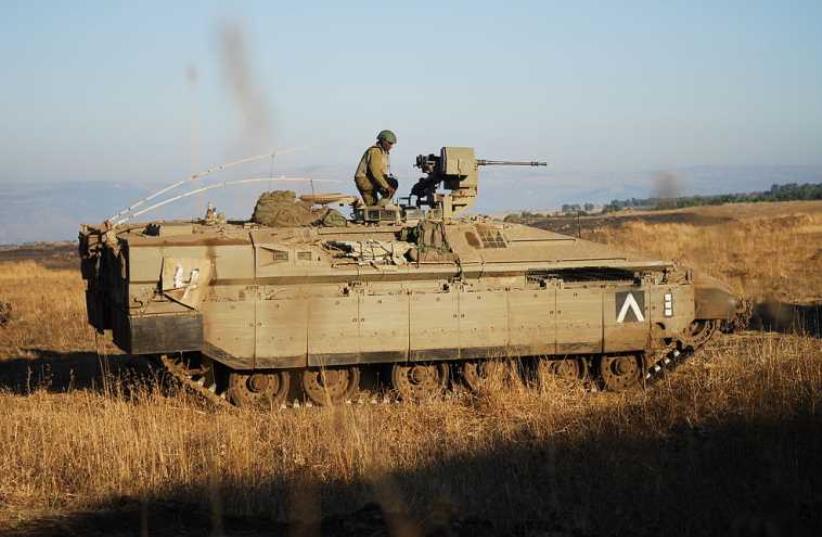 Namer APC
(photo credit: Wikimedia Commons)
Advertisement
In light of last summer’s Gaza war and the growing need for advanced armored personnel carriers, Israel has signed a $310 million contract with US firm General Dynamics for the production of additional Namer APCs.The platforms will come with Rafael Advanced Defense Systems’ Trophy active protection system on board, offering defenses against shoulder-held missile and mortar attacks, common in combat in the Gaza Strip and southern Lebanon.A Defense Ministry delegation in the US signed an agreement with General Dynamics for the purchases of frames and systems to manufacture Namer vehicles, the ministry announced on Tuesday.The systems will arrive over the next six years. The contract comes after an earlier deal with the American company to produce Namer engines, worth $250m.“The Namer is considered to be the most protected armored combat vehicle in the world, which proved its abilities during fighting in Operation Protective Edge [in Gaza last year] against many threats,” the Defense Ministry said.The vehicle saved the lives of many soldiers who were inside them during attacks, it added.All of the new Namers will be equipped with the Trophy system, which “scored big successes in defending Merkava tanks during Operation Protective Edge,” the ministry said. Trophy will provide significant protection to every APC that gets it, it added.The Namer’s frame will be purchased in the US with American military aid money, while kits and systems will be manufactured in dozens of Israeli factories.The final assembly will take place at the IDF’s Renovation and Maintenance Center at the Tel Hashomer military complex.Some 200 factories in Israel, many of them in the periphery, employing some 10,000 people, are taking part in the production of the Merkava 4 tanks and Namer APCs.More than 90 percent of the Merkava 4 components are produced by Israeli defense industries.