'We cannot allow Jerusalem to be a pilgrimage site for terrorists' 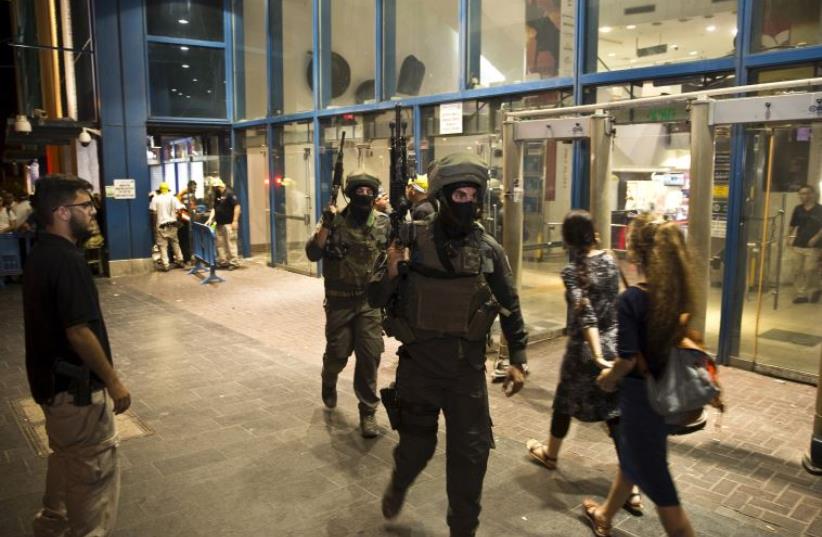 IDF special forces walk out of the Central Jerusalem Bus Station after a Palestinian stabbed an Israeli woman outside the terminal, October 14, 2015
(photo credit: REUTERS)
Advertisement
Following Wednesday’s terrorist attack that took the life of a 19-year-old female Border Police officer and seriously wounded another young female officer, Jerusalem Deputy Mayor Dov Kalmanovich requested that IDF troops help buttress security in the capital.Deeming Wednesday’s attack a clear intensification in Jerusalem’s now four-month-long terrorism wave, Kalmanovich said that the city’s police – already spread thin – need reinforcements to stem the increasingly coordinated violence.“Today’s attack represents an escalation,” he said in a statement.“When terrorists from Jenin come to Jerusalem armed with knives, guns, and explosives, we cannot continue to claim that it is individual terrorism. [The attacks] are clearly coordinated, and Jews being attacked every day for the last four months is not a coincidence.“It is time to act,” Kalmanovich said. “As I have said before, we must act against terrorism and not just defend ourselves.” According to the deputy mayor, the unspecified number of troops must be deployed in every sector of the capital.“There is a need to put military forces in the city at educational sites, to increase the actions of the security forces already spread around the city, and to apply our sovereignty over all parts of Jerusalem with an emphasis on the Old City,” he said.“This will prevent incidents of organized attacks and terrorists carrying out their actions.”It remains unclear if or when Kalmanovich’s proposal will be formally reviewed by the government.