Drivers' representatives and Transport Ministry officials worked into the night to secure deal. 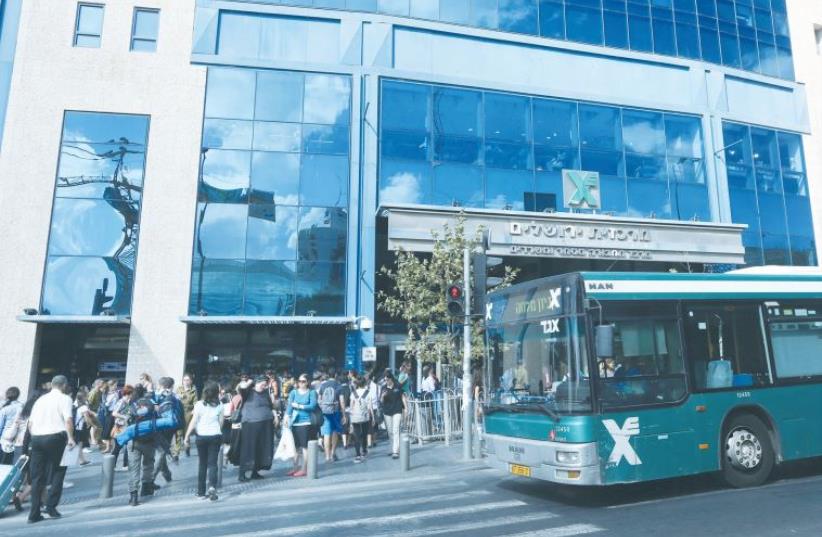 AN EGGED BUS pulls up in front of the Jerusalem Central Bus Station
(photo credit: MARC ISRAEL SELLEM)
Advertisement
Following marathon negotiations between the Histadrut, transport worker's union and representatives of the Transport Ministry, the proposed strike by Egged drivers, set to begin Monday morning, was averted.The Histradut announced that negotiations resulted in a payroll increase for drivers, who will now earn NIS 39 per hour, an increase of NIS 7 to 8 per hour.Histadrut Chairman Avi Nissenkorn said: 'I am pleased to announce to the traveling public that we were able to avoid the strike while demonstrating responsibility and thinking about the good of the citizens. Company drivers are entitled to update their wages and to enhance the role of drivers of public transport in Israel. I would like to congratulate the Ministry of Transport director Uzi Yitzhaki for his involvement in finding a solution."The dispute arose after Egged drivers had argued that they were to become the lowest hourly paid drivers in Israel’s public transportation sector.