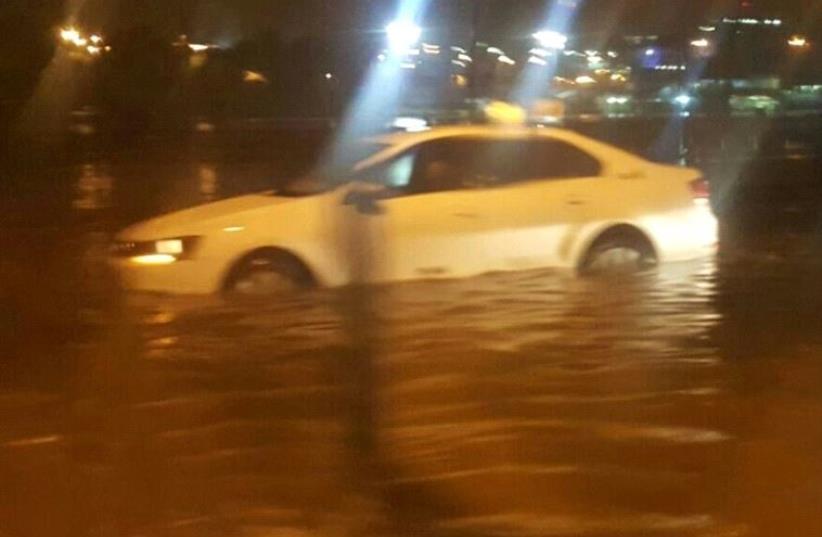 Eilat flooding
(photo credit: COURTESY ISRAEL POLICE)
Advertisement
Eilat's airport reopened Friday morning after strong rain fall in the region that began Thursday night and continued into Friday morning had temporarily closed the airport. Elad Zohar, Channel 2 news' weatherman told Army Radio Friday morning that 32 millimeters had fallen in Eilat, 10 millimeters more than the yearly seasonal average. Rain hit central Israel earlier on Thursday, marking the first rainfall of this fall season. Israel's southern and eastern regions also saw scattered showers and isolated thunderstorms on Thursday. According to IMS forecasts, significant temperature drops were expected Friday along with scattered showers in the North and Center. The risk of flash flood in the desert valleys in the South and East also remain in effect for Friday.More rainfall was expected at the end of next week as temperatures were forecast to further drop.