The alleged assault occurred in October. 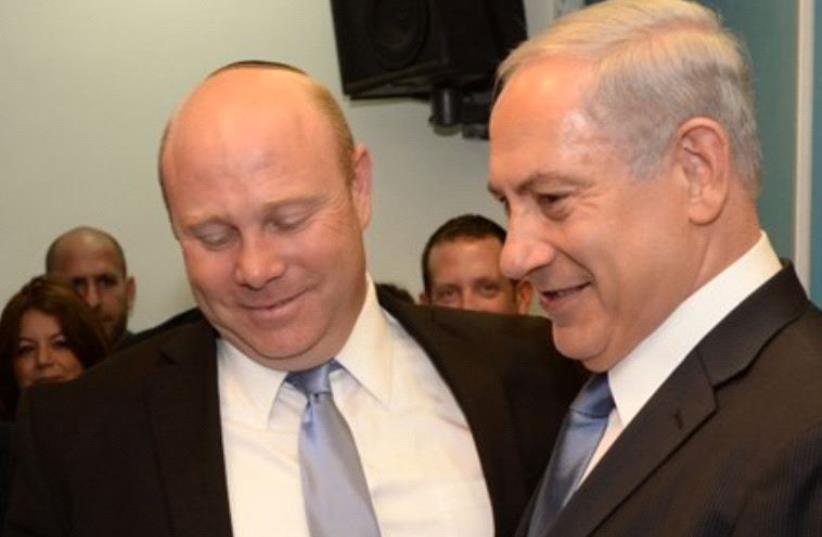 Gil Sheffer with Netanyahu
(photo credit: GPO)
Advertisement
Police announced on Sunday that they concluded a sexual offenses investigation into Gil Sheffer, Prime Minister Benjamin Netanyahu’s former chief of staff, and have found an evidentiary basis of indecent assault. The alleged assault occurred in October when Sheffer, who is Japan’s honorary consul in Jerusalem, was invited to an event hosted by Yigal Amedi, the chairman of the National Council for Culture and Arts, where his alleged victim, an artist, was a participant.Sheffer is accused of offering the woman a car ride and refusing to take her home until she pleaded for him to do so, then forced himself on her while she left the car.“Sheffer allegedly committed indecent acts against a woman while driving her in his car, taking her against her will to a social gathering of some kind and preventing her from reaching her home,” the Lahav 433 special investigation unit said in a statement, adding that Sheffer allegedly “applied pressure in a way that made her feel trapped.” Police said they did not find an evidentiary bases for the allegation of false imprisonment. Sheffer was initially questioned under caution in November and released to five day house arrest after police received a complaint from the alleged victim in October. Attorney Gil Friedman, who represents Sheffer, called the allegations “baseless complaints”. “The truth will come out and the case will be closed,” Friedman said according to Channel 2. Sheffer was previously investigated for sexual assault in 2012, however, the case was dropped due to the statue of limitations because the alleged offense occurred 15 years earlier. Police findings were transferred to the Tel Aviv District Attorney for review and decision.