Though Arbiv refused Pinto's offer, as head of Lahav 433, also referred to as "the Israeli FBI," Arbiv is one of the most senior Israeli law enforcement officials in history to be convicted. 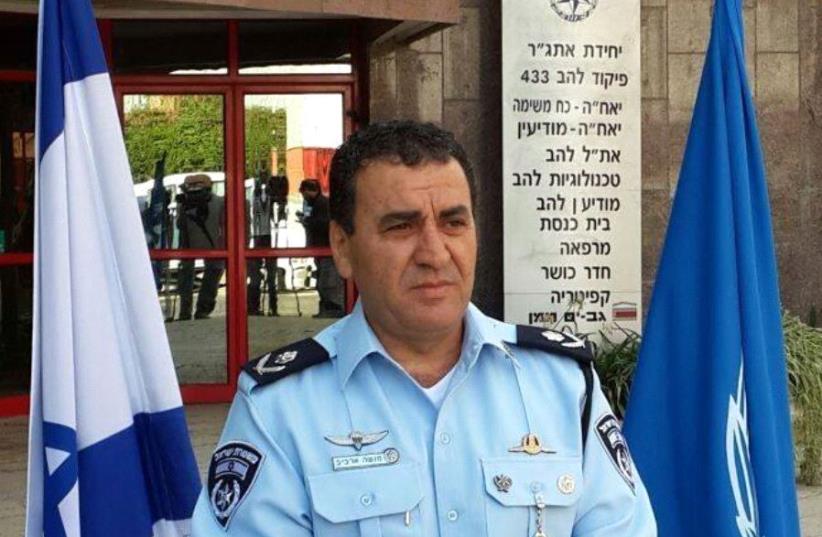 Menashe Arbiv
(photo credit: ISRAEL POLICE FACEBOOK / CC-BY-SA-3.0)
Advertisement
Former Lahav 433 police commander Menashe Arbiv was sentenced to 200 hours of community service and given a suspended jail sentence on Wednesday as part of a plea bargain for a conviction for failing to report Rabbi Yoshiyahu Yosef Pinto’s attempts to bribe him.The Rishon Lezion Magistrate’s Court’s decision came after Pinto had offered a NIS 60,000 bribe to Arbiv to thwart the criminal case against the famous rabbi.Though Arbiv refused Pinto’s offer, as head of Lahav 433, Arbiv is one of the most senior Israeli law enforcement officials in history to be convicted of a crime. Pinto was later convicted of other bribery-related crimes and served one year in prison.Arbiv was initially indicted in March 2017 for both failure to report and breach of trust for a range of other financial allegations regarding Pinto, but those other allegations were dropped.In January 2016, a statement from then attorney-general Yehuda Weinstein’s office said Arbiv had close relations with Pinto from 2010-2013.Interactions between Arbiv and Pinto began in 2010 when Pinto was active in Ashdod and New York.Arbiv requested Pinto’s help in finding his wife and son jobs in New York, in getting a discount in purchasing a residence in Savyon Ramat Aviv. Pinto also paid $2,650 to help Arbiv’s wife obtain a US work visa.Pinto and Arbiv allegedly continued dealings even after Arbiv learned – as head of Lahav 433 – that Pinto was under criminal investigation.Arbiv perjured himself when he was interrogated by police about any connections he had with Pinto.In 2014, he resigned over the scandal, but proclaimed his complete innocence for years.